Watch out for cancer warning signs and don’t put off asking for help, urge health chiefs

A senior medic has urged people not to put off going to the doctor if they have cancer warning signs such as lumps, sudden weight loss or unexpected bleeding. 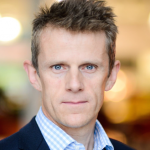 Vaughan Lewis spoke out after research suggested that thousands of patients were worried about burdening the NHS, especially since the start of the coronavirus pandemic.

Dr Lewis, the medical director for the NHS in the south east, called on anyone with possible cancer symptoms to come forward for potentially life-saving checks.

His plea supports the new “Help Us Help You” campaign, aimed to raise awareness of cancer-related symptoms affecting the abdominal area as well as signs of urological and lung cancer.

Dr Lewis said: said “We know that thousands of people could be risking their lives by delaying medical attention for cancer symptoms.

“Thanks to the hard work of NHS staff, we are back on track with cancer referrals, diagnosis and treatment.

“So, whether you or a loved one has a routine appointment or a potential cancer symptom, please don’t delay and come forward to get yourself checked.

“We would rather see you sooner when any cancer would be easier to treat. We are open and ready to treat people with potential cancer symptoms.

“It’s incredibly important that people recognise the common symptoms that can signal a cancer diagnosis.

“And it’s vital that they take action by making an appointment with their GP that could ultimately save their life.”

The “Help Us Help You” campaign from the NHS, supported by Public Health England, features people with a range of symptoms.

These include prolonged discomfort in the stomach area or a persistent cough, with the aim of persuading people experiencing similar symptoms to contact their family doctor.

The NHS said: “Contact your GP (general practitioner) if you have any of the above symptoms or you notice any other unusual changes, such as a lump in the tummy area, post-menopausal bleeding or unexplained weight loss, as these can also be signs of cancer.”

Mark Jenkins, 55, from Horley, Surrey, had cancer diagnosed during the covid pandemic.

He didn’t seek help initially when he coughed up blood but after a fall at work he had tests which revealed his cancer.

Mr Jenkins said “Although I feel lucky, I know things could have turned out so differently.

“I would say to anyone: ‘Go and get yourself checked out if you cough up blood.’ I wish I had. I might have saved all this from happening to me.”

Caitlin Buckley, 25, from the Hanover area of Brighton, had a different sort of cancer, affecting her blood. She has shared her story on YouTube. 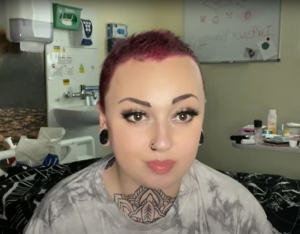 She said: “I was told by doctors over Zoom (online) appointments that I had recurrent tonsillitis but it turned out that I had a deadly and aggressive form of cancer called acute myeloid leukaemia.”

She said that in the space of a week between being told I had tonsillitis – and while still taking the antibiotics for it – she had a heart attack and “died” the day before her 25th birthday in March.

Miss Buckley added: “My family were called to say their goodbyes as I was expected to die in the night. I ended up on a ventilator in intensive care in Brighton for four weeks.

“But when they kept trying to wake me up from a coma I was having trouble breathing on my own so they had to give me a tracheostomy to wake me up properly.

“After weaning me off of the ventilator I ended up having to start my chemotherapy straight away to ensure my survival.

“I’ve spent most of my year so far in hospital as an inpatient.

“I want to try to get my story out there as much as possible to create awareness that you should always get yourself checked when you don’t feel right – and that at the end of the day online doctors appointments don’t always do the job.

“Since my diagnosis, I’ve been focused on fundraising for Blood Cancer UK as well as getting people to sign up to donate bone marrow.

“Of course, I am so grateful to everyone at the Royal Sussex County Hospital who worked as a team to save my life.

“But I definitely ended up as sick as I did because I was struggling to get an in person doctors appointment.

“In person, any doctor would’ve seen I was showing signs of leukaemia that most people aren’t aware of – bruising, frequent infections and anaemia.

“The intense chemo has left my body ruined. I’m weak and I have less energy than my parents (who are) twice my age.

“Most of my days are spent in bed and once I finish my chemotherapy in September, although I should be done with treatment, it’s expected that my body will never be quite the same again after all the drugs and trauma.”

Cancer Research UK’s chief executive Michelle Mitchell said: “This important campaign is coming at a crucial time when tens of thousands of people have yet to be diagnosed with cancer.

“If you’ve noticed an unusual change in your health, don’t be tempted to put it down to getting older or to a pre-existing condition – contact your GP.

“If you have trouble getting through to the practice at first, do keep trying.

“And when you speak to your GP – whether that’s face to face, on the phone or by email – if you’re worried that you might have cancer, mention that to them and attend any follow up tests your GP thinks are needed.

“If you do need to visit in person but you have concerns about covid-19, speak to a healthcare professional.”