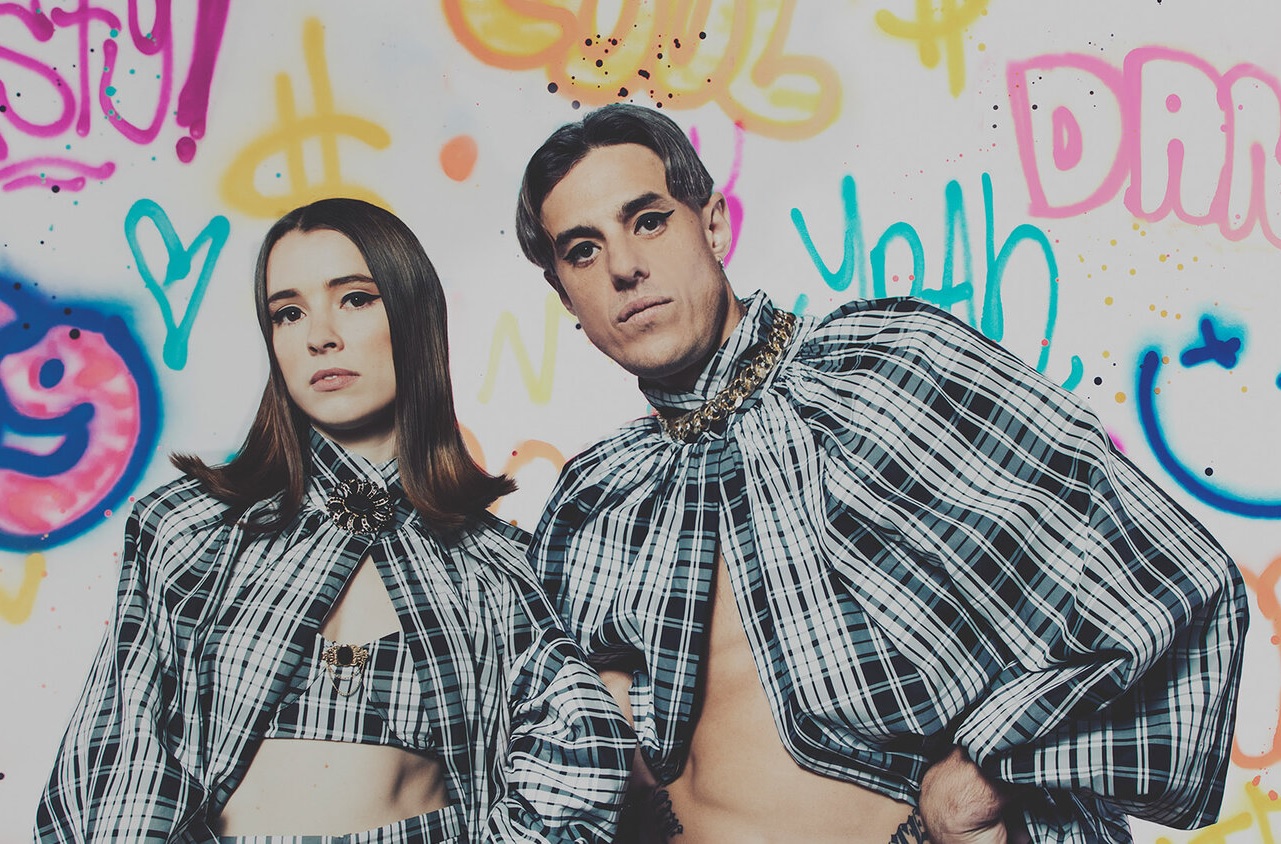 In a darkened bar just near the heart of London, there’s a cartoon that’s come to life. While the rest of the city toils away watching the clock and waiting for home time, the bar staff here are working overtime to provide enough shots for their only customers – the living illustration that’s sprawled across table number 5.

It’s a scene that needs to be seen to be believed. On one side, there’s a statuesque chap clad only in a pair of nothing-to-the-imagination hot pants sat next to a woman in a custom designed babydoll dress and shorts combo, it’s 6° outside. Facing them are two figures sat in silence; each veiled secretively in what looks like a satanic beekeeper’s hat made of a material so black, the light seems to fall into it. The bar staff can’t work fast enough for them, shot after shot is delivered then downed but the demeanour never changes. Although the carnage going on is controlled for the time being (it’s 3pm after all – these people aren’t animals), there’s an air of nonchalance that seems to suggest that for them, it’s business time, all the time. It’s pure confidence, man.

If Janet Planet, Sugar Bones, Clarence McGuffie and Reggie Goodchild weren’t a band already you’d be snapping at their heels demanding they form one before they left the bar. Fact is, they are. From Melbourne by way of Brisbane, Confidence Man are unarguably one of the hottest acts on the planet right now. A portable party that’s levelled dance floors and flattened festival crowds as it’s rolled out across the world, they are a machine custom designed to make you dance and lose your cool. Check out their ‘Boyfriend (Repeat)‘ live concert video HERE. 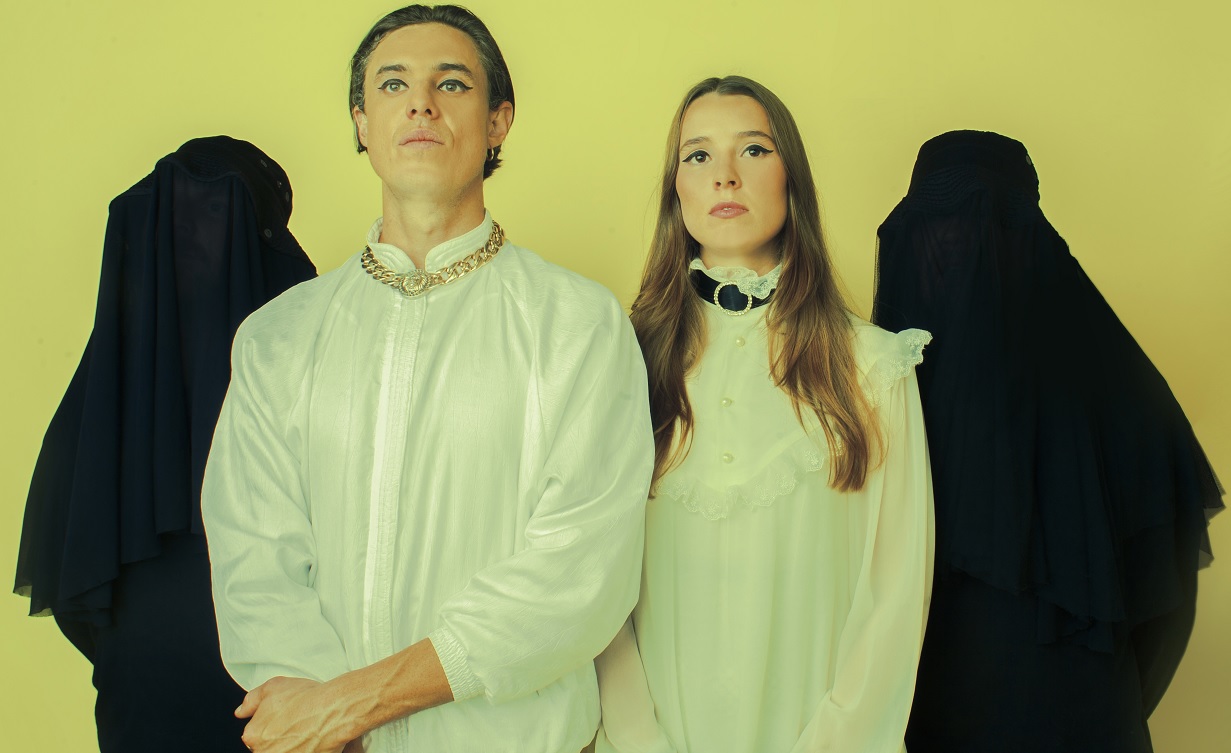 Confidence Man are actually a quartet!

How they formed is a matter of debate.

Janet: “These guys (points to Clarence and Reggie, the veiled men) were real saddoes playing by themselves and I needed someone to play music with me. They were obsessed with trying to find someone cool and they saw me dancing in a club and were like, “We want that girl!” I knew if we were going to get anywhere, we needed a hot dude with a six-pack at the front of the stage to even things out because they were so damn ugly themselves. We were hanging out at the public pool one day and there was this hot pool guy cleaning the pool and dancing to the music in his head. He looked pretty good in hot pants and while his moves weren’t conventional, they had a certain flare. And now, we’re like mum and dad and these two are just our petulant kids.”

*muffled disagreement from the veils*

Sugar Bones: “Man, we’re all just trying to make it in this crazy world”.

*another shot goes down*

It’s hard to work out what’s truth and what’s fiction when talking to Confidence Man – reality seems to bend around them with every glug of alcohol. They formed in Brisbane, four veteran musicians with no prior knowledge of the music scene they were entering. They moved into a big house together 1600 km away in Melbourne where the band took off at astonishing speed, thanks mainly to their full-force, unrelenting live show and their studio is in the study of their shared house. Even the factual information they share sounds outlandish – take, for instance, the tale of when they first realised the band had legs… 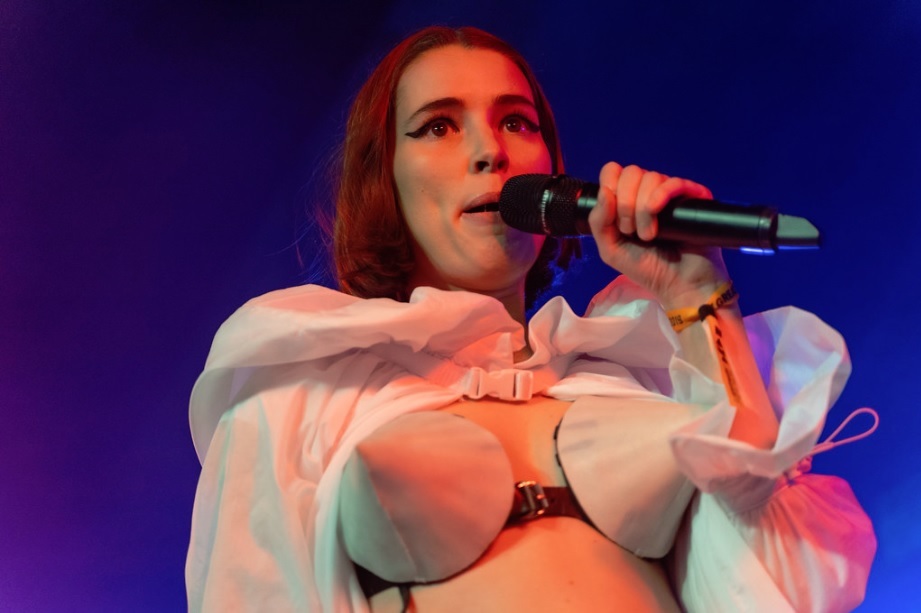 Janet: “Golden Plains at the Meredith Supernatural Amphitheatre in Victoria. They’re incredibly picky about who they book. They initially didn’t want to book us because they didn’t think we were cool enough. Our manager convinced them to come see us and they booked us on the spot. We were playing at 2 in the afternoon and there was no one there, it was blazing sunshine. Then the arena started to fill and before we knew it there were 10,000 people in front of us, screaming, getting down, jumping back up.”

Perhaps then the best way to drill right into the band’s psyche is through their debut album. ‘Confident Music For Confident People’ sets eleven tales of 21st century ennui to irresistible, irrepressible dance music. The opening lines of ‘Try Your Luck’ (“I must confess/I’ve been sleeping with your ex/’Cos I heard he was the best/I must confess/I never would have guessed he would get so obsessed… I’m not surprised”) set the tone perfectly for what follows. Here is a set of songs that take the kind of all-consuming interior monologues that bored, disaffected youth are wrestling with the world over and places them square in the middle of the dance floor before adding call-and-response choruses for good measure. You’d almost think it was made in some kind of sonic laboratory by crazed muso-scientists if you weren’t sat in front of the record’s unflappable, gloriously flamboyant creators on a wet Tuesday afternoon. 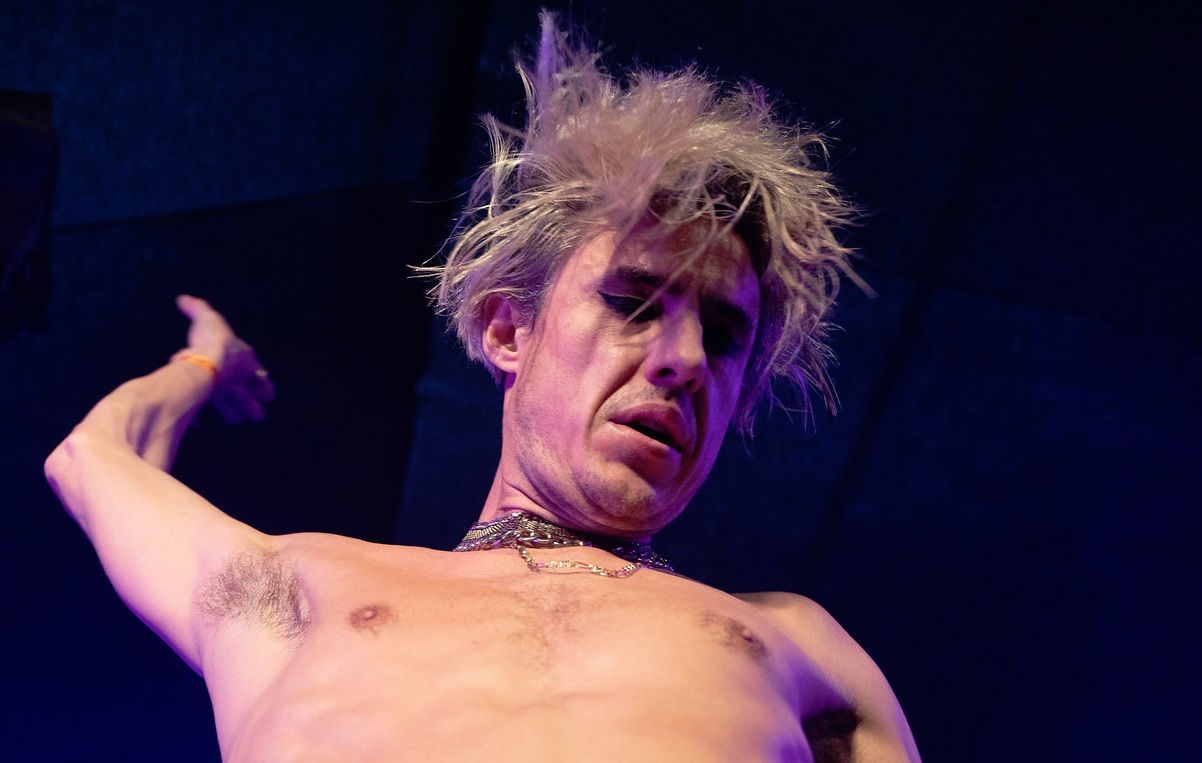 Elsewhere, Sugar Bones effortlessly nails the snorting and cavorting lifestyle of fantasist rock stars “who think they’re hot sh*t” (‘Don’t You Know I’m In a Band’) while on ‘C.O.O.L. Party’, Janet coolly brushes off her obsessive partner (a guy called Dave – “a dick surfer boy drug dealer who works on Wall Street”) to what sounds like a rocket powered futurist Tom Tom Club backing track. On ‘Out The Window’, the band reluctantly emerge blinking into the bleachy sunlight from a darkened house party while a driving Balaeric backing track that’s worthy of imperial phase ‘Happy Mondays’ rolls out behind them; ‘Better Sit Down Boy’ presents three and a half minutes of the most perfect pop music you’ll hear all year, a track so urgent you can almost feel the wind whipping past your head as it speeds by.

‘Confident Music For Confident People’ is big and brash and bright as hell, like Dee-Lite tooled up and ready for our berserk modern times. The perfect embodiment of the characters that made it, the album manages to be both wildly ambitious and deceptively simple. Listening to it, one gets the impression that Confidence Man could go anywhere from here. 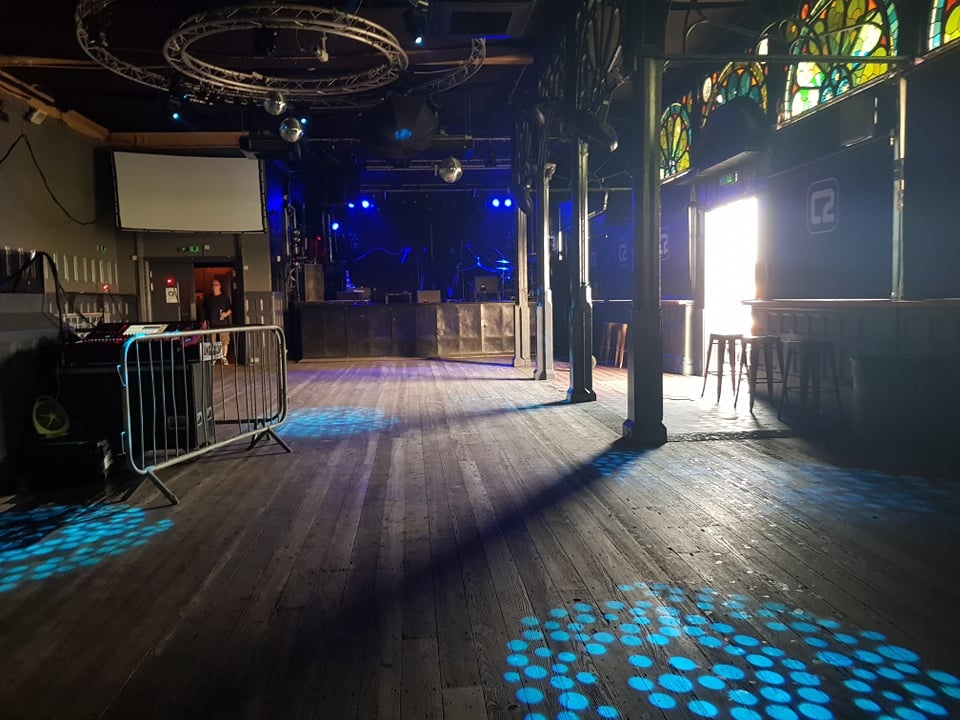 Catch Confidence Man performing live in Brighton at the Concorde 2 on 4th May 2022. Purchase your tickets HERE and HERE. Check out their latest single ‘First Class Bitch’ HERE. 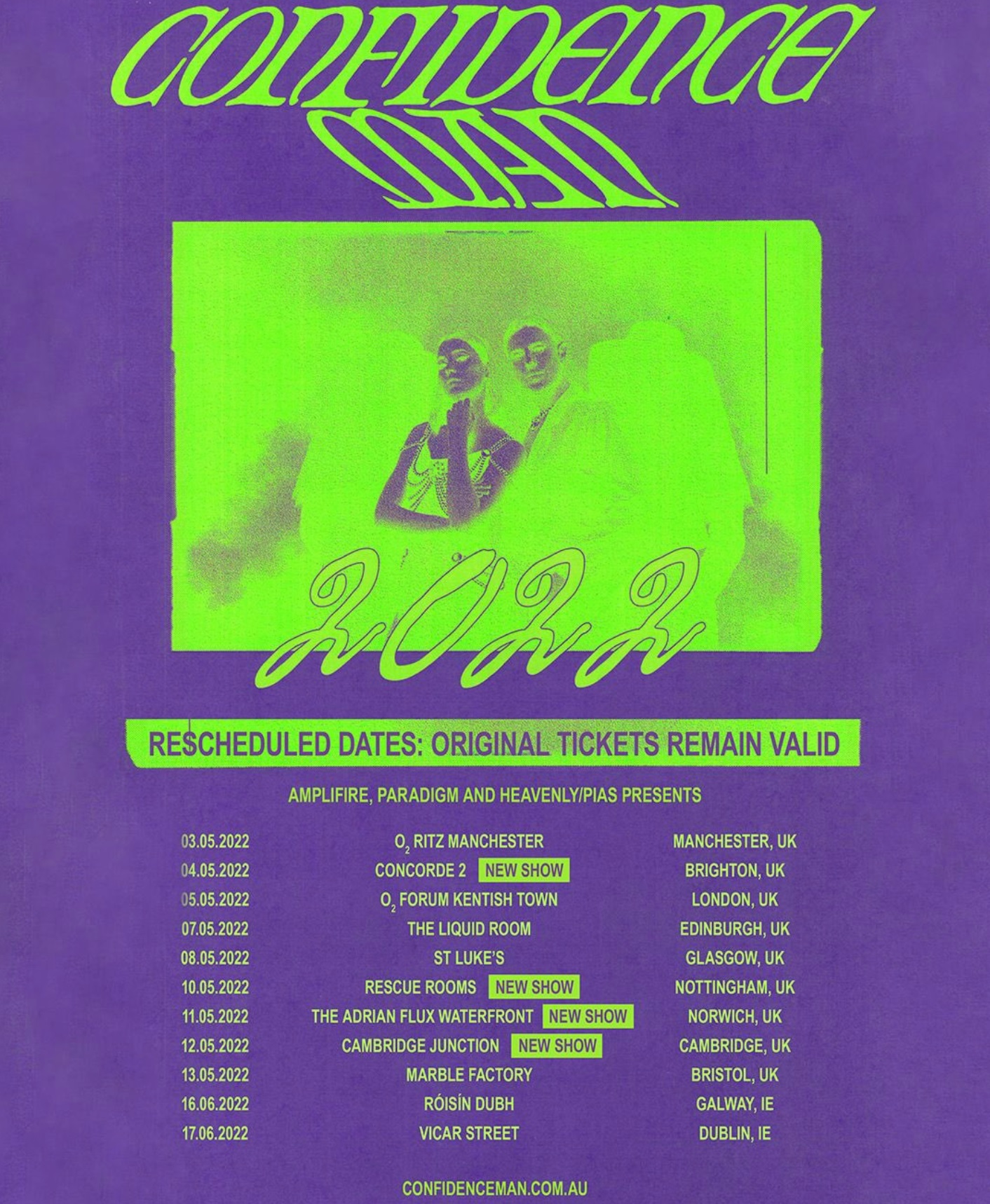