Moonshine could be sold in paper bags to discourage street drinking 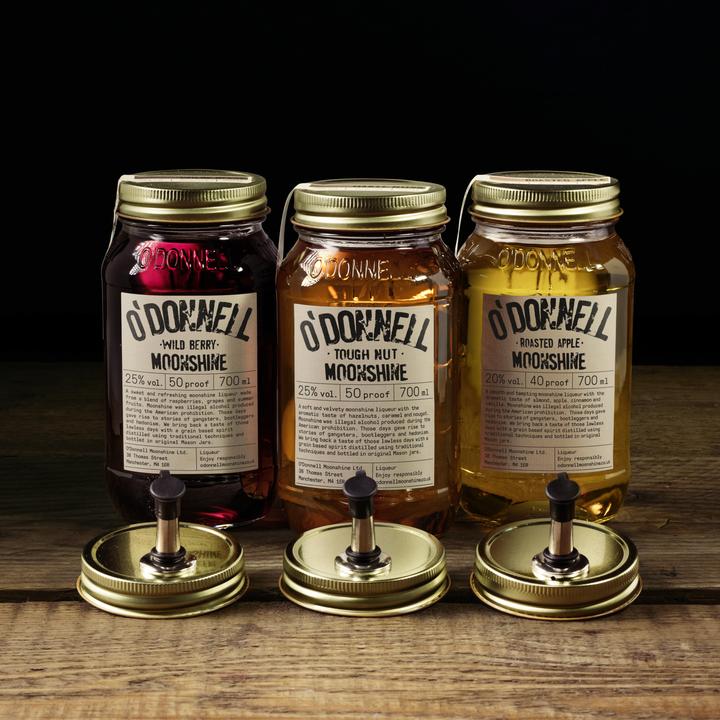 A liqueur company has offered to put the moonshine it hopes to sell at a pop-up shop into paper bags sealed with “drink at home” stickers to discourage street drinking.

O’Donnell Moonshine originally hoped to open its shop at 5 Hanningtons Lane at the end of this month and trade until the new year, but has to wait for a licence from Brighton and Hove City Council before it can open.

The company’s managing director Max Ruther, 33, told a licensing panel of three councillors he took up the unit from a pop-up shop agency after hearing another company sold alcohol from the site.

Specialist wine company Brazen spent a month in Hanningtons Lane in August and September after the company agreed licensing conditions with Sussex Police.

The Lanes form part of Brighton and Hove’s cumulative impact zone, where there are restrictions on new alcohol-led outlets to help reduce crime and disorder.

In response to police concerns, Mr Ruther had agreed to install CCTV and keep alcohol away from the door to reduce the risk of shoplifting.

During the panel hearing on Tuesday 28 September, Mr Ruther said he hoped to attract the company’s existing customers who buy through events such as the Brighton and Hove Foodies Festival and online.

Mr Ruther said: “We want to try the pop-up concept. We offer every city we go to a unique product.

“The moonshine we are selling is new to the UK market. We have twisted it a little bit to produce high premium and flavoured liqueurs.”

He said the alcohol levels are lower than the average offering in an off-licence’s spirits section and confirmed the company would not sell its highest alcohol offering.

To reduce the risk of street drinking, Mr Ruther said staff would seal the paper shopping bags with a sticker stating “for consumption at home”.

Green councillor Claire Rainey asked how the business could enforce that, and Mr Ruther explained the drinks are stored in a wide-necked Mason jar, making it difficult to drink on the streets.

She also asked who the drinks are marketed to, which Mr Ruther said is the over 25 with a premium price to match the market.

From his own experience of Moonshine in the United States, Councillor Davis said it was “the sort of alcohol that’ll put hair on your teeth”.

He said: “It’s an incredible responsibility. You’ve got to try and demonstrate exceptional circumstances.

“The statistics relating to alcohol in this area are staggering.”

Mr Ruther said the company has traded for five years and usually has 15-20 Christmas markets and 10-20 events at weekends, running to hundreds of events since it launched in 2016.

The Hanningtons Lane outlet would be the company’s first retail shop.

The panel retired to reach a decision which should be made public within five working days.

In the US, alcohol has been sold in brown paper bags since the prohibition, when alcohol was outlawed.

However, the bags are usually used as a misguided way to drink in public – which is still illegal in most states  – without being arrested.

Moonshine itself also dates from the prohibition era, and usually refers to an illegal home-distilled liquor.