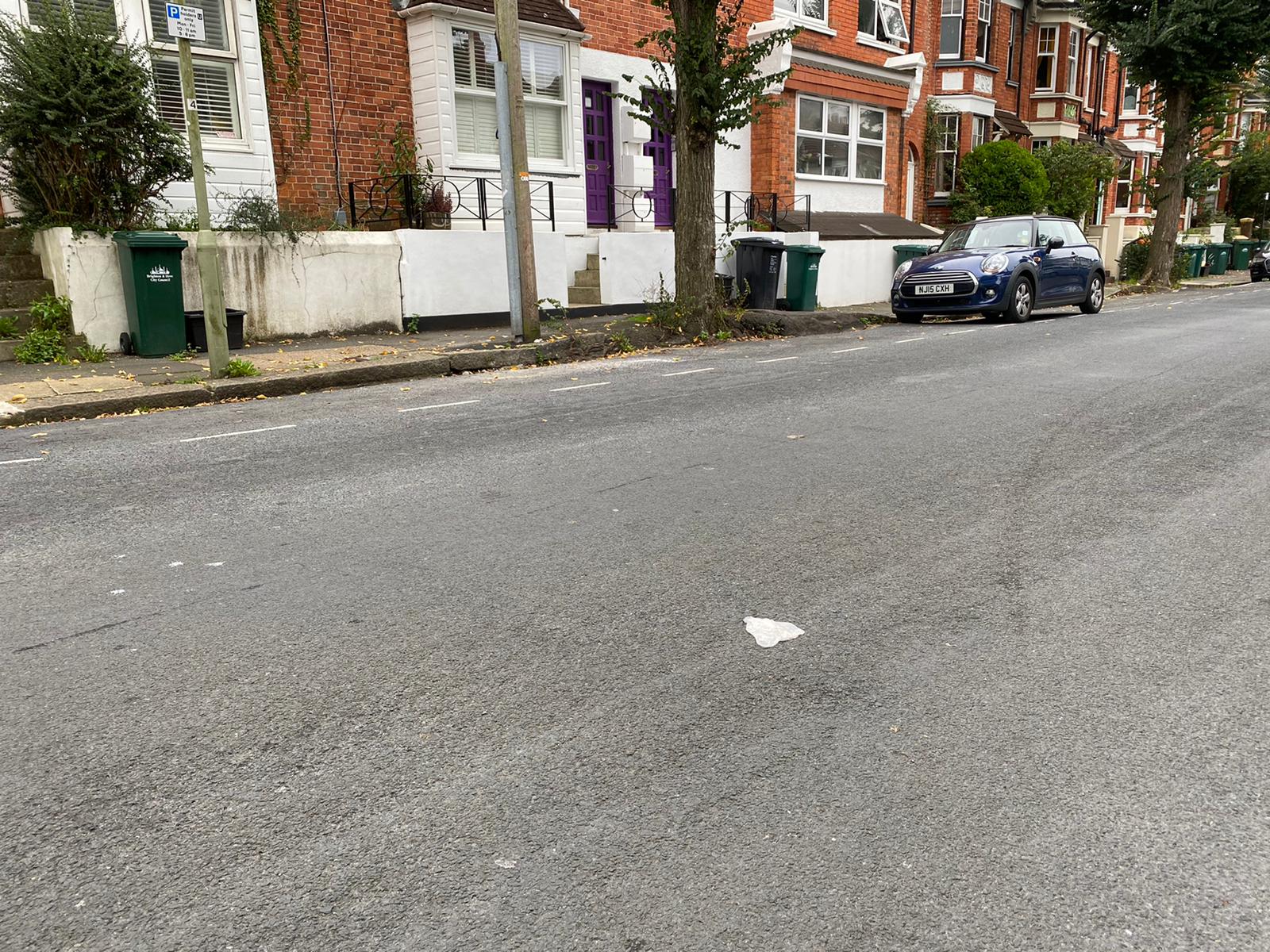 The plastic bag left in Riley Road on Monday

The first day of refuse truck drivers returning to the roads drew mixed feelings in one Brighton road on Monday when a driver was seen throwing a bag of wee into the road.

The driver was in Riley Road in the Bear Road area when residents saw him apparently weeing into the plastic bag, and then flinging it into the street.

The bag was not picked up and remained in the road for several hours.

The incident came as councillors prepared to vote on a deal which saw the end of a two-week bin strike sparked by drivers being asked to change their rounds.

Ward councillor Dan Yates was alerted to the incident by one of the residents and told Brighton and Hove News: “Residents are quite rightly up in arms over this behaviour.

“I know that loaders and drivers work long shifts away from their base and anyone can get caught short but this really isn’t the solution. We’ve seen enough mess in our streets recently without the smell and hygiene issues being worsened.

“I hope the council will be able to deal with this promptly and that we never see this again.”

A council spokesperson said: “We are very sorry to hear of this, and the distress it has caused. We will investigate this under council procedures and take the necessary action.”

Performance management was one of the areas at issue with the striking drivers, represented by the GMB Union.

A report on the first deal councillors were asked to vote on last week included this proposal to address concerns over moving drivers due to performance concerns: “Management have agreed to invoke formal procedure (disciplinary or capability) whenever it felt necessary to move drivers for performance, conduct or capability reasons.

“Prior to any formal action, an informal meeting/discussion and/or standard setting would take place.

“Drivers that have been moved will return to their rounds. This will be done in discussion with the individual driver so that any needs relating to that individual are addressed.”

The two week strike was scheduled to take a break on Monday, Tuesday and Wednesday this week before resuming on Thursday until mid-November.

However, after a deal was approved by councillors yesterday afternoon, it has now officially been called off.