Detectives are asking for help to find a man they want to speak to about a rape in Brighton. 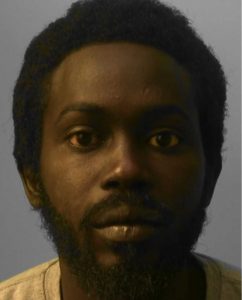 Sussex Police said this afternoon (Tuesday 26 October): “Police are seeking Abdoulie Jobe in connection with a rape in the summer.

“Investigating officers want to talk to Jobe, 28, as they believe he may have information after a rape at a house in Brighton on Saturday 28 August.

“A man, earlier arrested, has been released without further action.

“Jobe is also being sought in relation to two separate sexual assaults in July.

“He is described as 5ft 8in with a slim build, an afro hair style and a black goatee beard.

“Jobe is believed to have links to the Dorset area, as well as Sussex.

“Anyone who may have information on his whereabouts is asked to report it online or call 101, quoting serial 1414 of 29/08.”