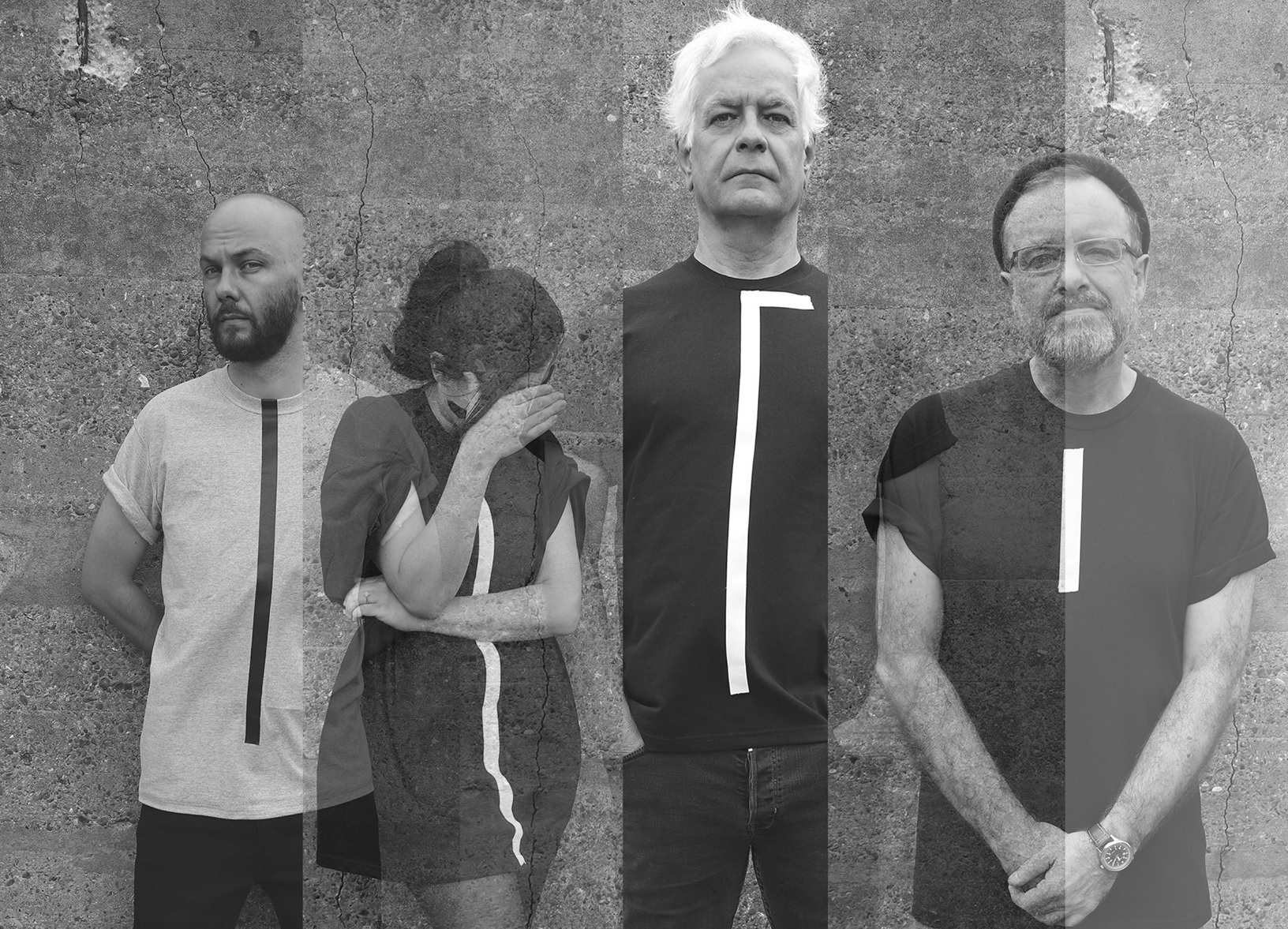 2021 marks the 30th anniversary of the release of The Wedding Present’s somewhat controversial (at the time) ‘Seamonsters’ album. However, before the Weddoes take us back to 1991, we have two rather interesting support acts to entertain us. 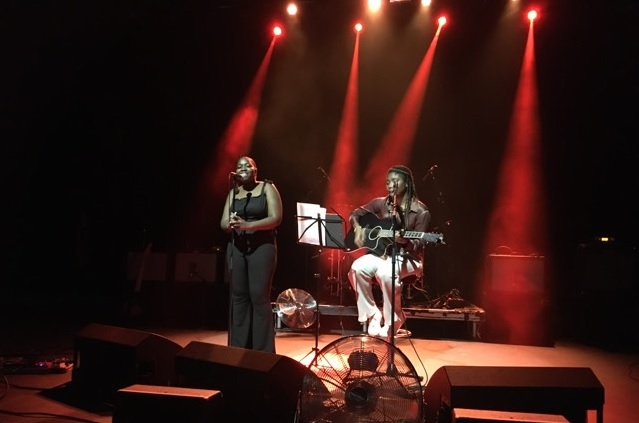 First up are Yvonne MK & Precious, who are an acoustic duo with the most wonderful harmonies. Their set mostly consists of covers, some of which they very much make their own, with some very imaginative arrangements. However, their choices occasionally misfire, especially when they cover Toploader’s execrable ‘Dancing In The Moonlight’. Having said that, with voices as angelic as theirs I could almost forgive them anything! 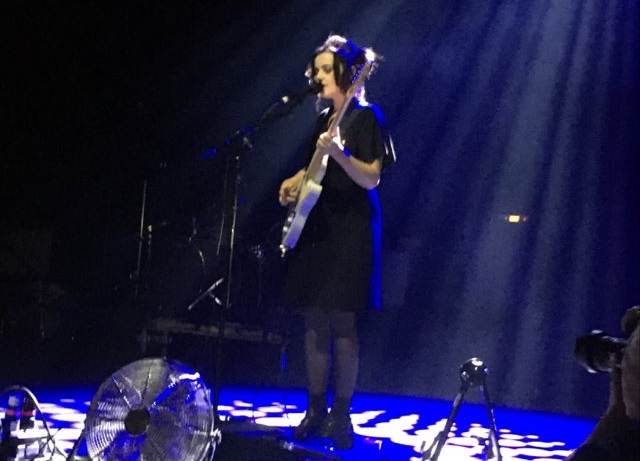 The next act is not in need of any forgiveness whatsoever. Such Small Hands / (aka Wedding Present bassist Melanie Howard) is promoting her lockdown album ‘Carousel’. Melanie sings and plays guitar, whilst the backing vocals, bass, beats, synth and harp are all pre-recorded. This is fair enough as to pay musicians to play these instruments for a half-hour set would be prohibitively expensive.

Not everything Such Small Hands plays tonight is from the ‘Carousel’ album. ‘Legs’ for example. It is thus far unreleased, and is rockier than much of the other material played. Melanie’s Telecaster is more distorted. Likewise ‘All I Want’ is introduced as a “work in progress”. Melanie’s final song is about “stupid boys” and like her opening song, is delicate and finger-picked. Such Small Hands’ half-hour goes far too quickly. I would have liked to have heard more. 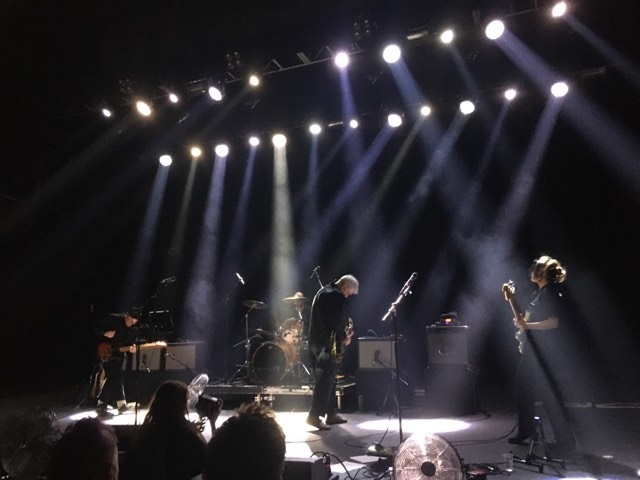 As I mentioned earlier, The Wedding Present’s ‘Seamonsters’ album was quite controversial upon its release. The main reason for this is the album’s producer: Steve Albini. Albini’s approach to producing records was uncompromising to say the least. One thing that was clear was that whatever happened, Albini was not going to make a record that was an easy listen. So it was that ‘Seamonsters’ was much louder and muscular than its predecessors, ‘George Best’ and ‘Bizarro’, and a lot of Weddoes fans simply point-blank disliked it.

To compound this dislike, many Wedding Present shows around the time of ‘Seamonsters’ release consisted entirely of the new album, played in order, as it is tonight. Fans walked out. Maybe it was just David Gedge’s way of sorting the men out from the boys. However, in the last thirty years, many have realised that the album was not the sonic horror that they believed it to be at the time, and that a good album is still a good album, irrespective of who produced it.

As ‘Seamonsters’ begins the audience sing from the outset, and continue to do so for the next forty minutes or so. Sometimes shows dedicated to a specific album can be a little dull, but tonight The Wedding Present breathed new life into these thirty year old songs. Part of the reason for this is possibly that apart from David Gedge, none of the other members of the band were in the line-up that recorded ‘Seamonsters’, so there has been no time for them to grow disenchanted with the material. If this was an unpopular album upon its release, it certainly isn’t now, as it births an ever-increasing mosh pit!

The album almost literally flies past, and the band play ‘Brassneck’ as a palette cleanser, before embarking on (gasp!) a new song. Gedge tells us that “in twelve months’ time you’ll love this,” and he’s probably right. The song is ‘We Interrupt Our Programme’, and it is classic Weddoes material. The next new song however, is a little more subdued. ‘Each Time You Open Your Eyes’ has apparently “had seven titles” this tour, and Gedge says (tongue in cheek – hopefully!) that it has a Christmas feel. Yeah right….

Whilst on the subject of new songs, The Wedding Present are once again releasing a single every month during 2022, under the banner ’24 Songs’, and Brighton & Hove News readers will be interested to hear that the launch event for this project is being put on by Lout Promotions and will take place at The Old Market in Hove on Saturday 22nd January 2022. Purchase your tickets HERE. 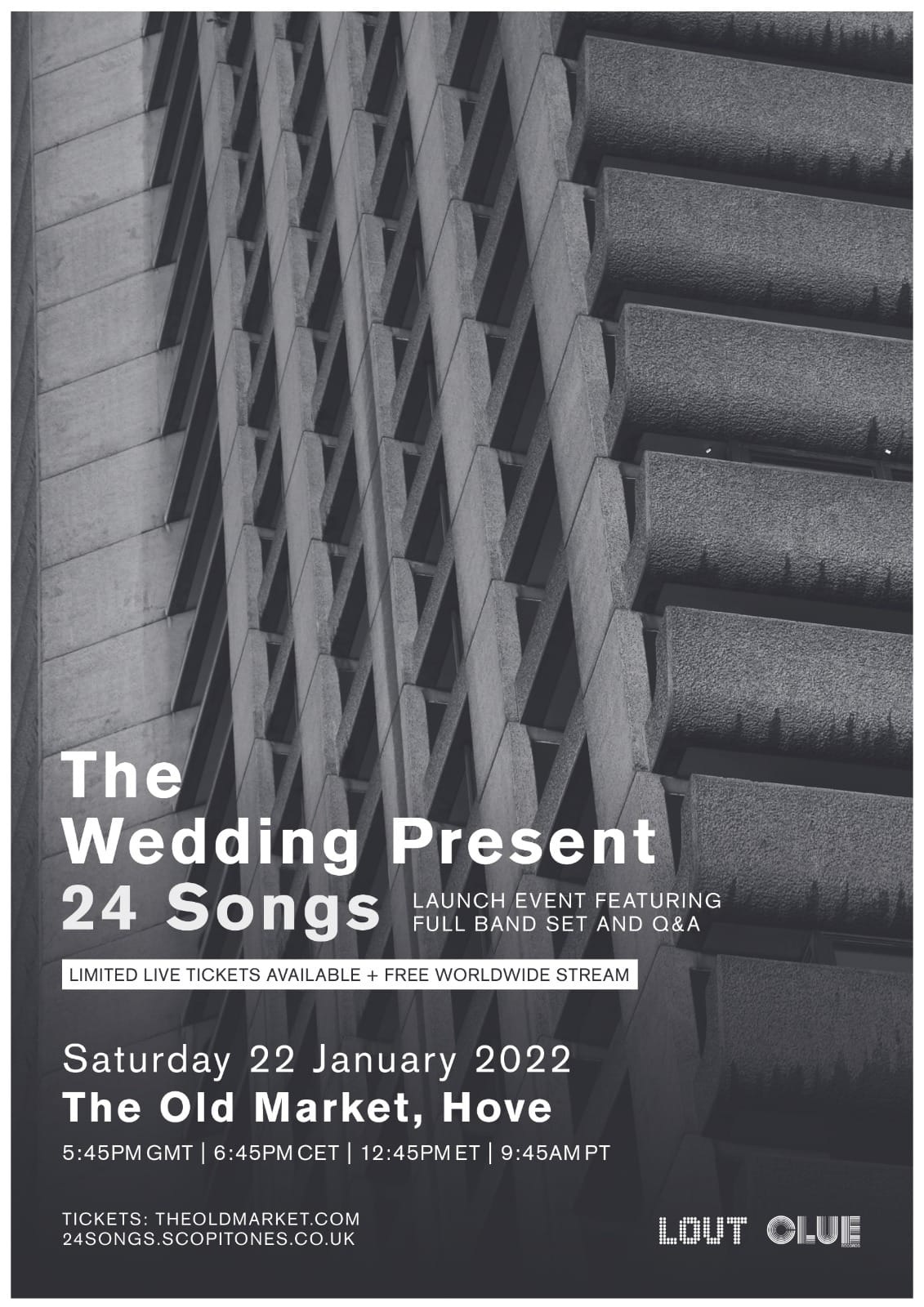 ‘Sports Car’ from the ‘Mini’ EP of 1996 is sung by Melanie Howard, following ‘A Million Miles’ and ‘Anyone Can Make A Mistake’ from ‘George Best’, which predictably send the audience apesh*t. ‘Kennedy’, ‘Bewitched’ and ‘Seamonsters’ era deep cut ‘Crawl’ bring proceedings to a close, with the audience seeming to be pretty much sated.

What we’ve seen is a balanced gig. There has been some nostalgia obviously, but that isn’t all that it’s been about. It could be said that it’s the same old Wedding Present: David Gedge’s 1,000mph strumming technique is certainly present and correct, but there has been new and newer material too. The Wedding Present continues to be a work in progress, in that they do continue to progress, and that’s probably the best news about this evening. 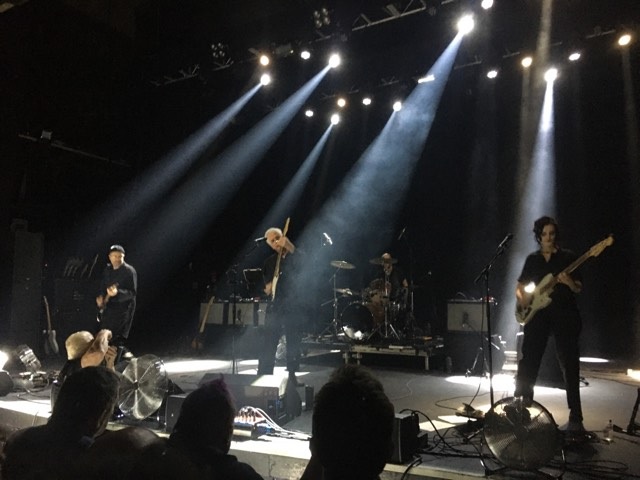 Find out more about The Wedding Present HERE. 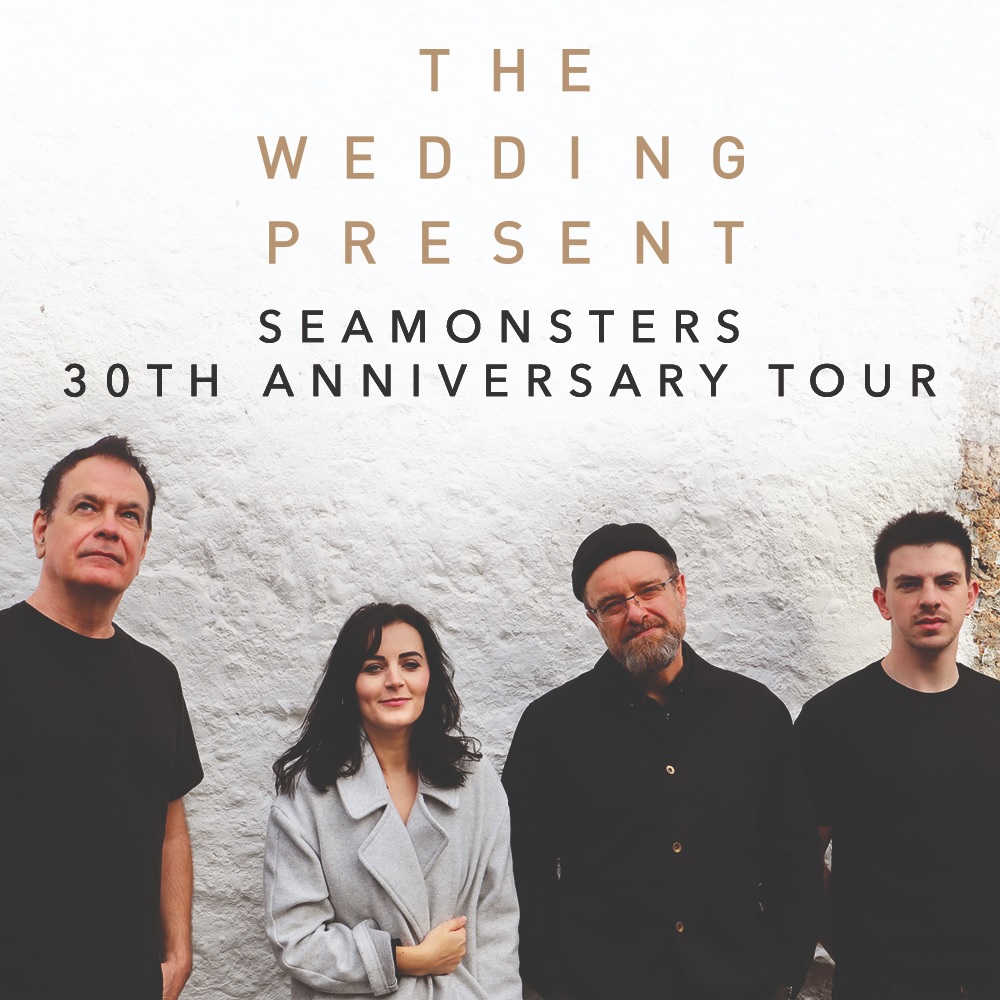