Scores of weapons seized in Brighton and Hove 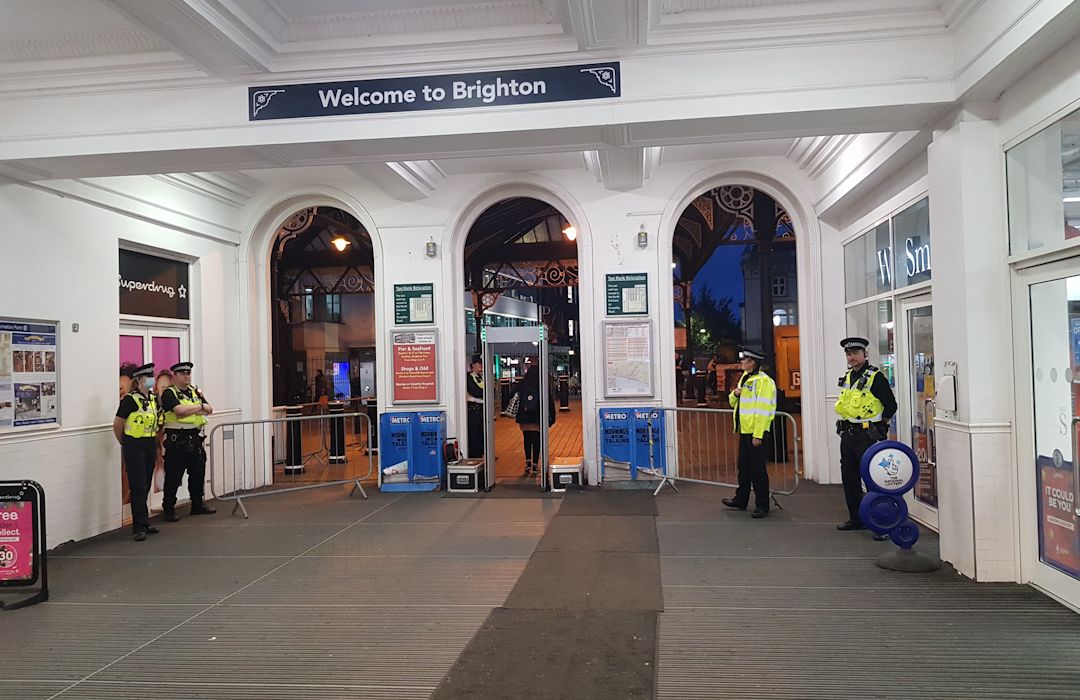 Almost 100 weapons were seized in Brighton and Hove during a police operation to reduce knife crime.

Amnesty bins, weapon sweeps and stop searches led to 96 weapons being surrendered, as well as a raft of arrests for possession of an offensive weapon, failure to attend court, dealing Class A drugs, robbery and threats to kill.

Police also carried out a joint operation with British Transport Police and Govia Thameslink Railway to install knife arches at Brighton railway station. More than 3,600 people passed through the arches and four knives were seized as a result.

The action was part of Operation Sceptre – a national campaign of education and enforcement aimed at tackling knife crime and serious violence – from November 15 to November 21.

Across the county, police conducted 195 stop searches and made 41 arrests during the week of action, as well as engaging with more than 3,000 people on the dangers and consequences of knife crime.

“As well as the enforcement, we also engaged with hundreds of people at schools, community events and via our knife crime engagement van, highlighting the dangers and consequences of carrying and using a knife.

“Our work to tackle knife crime doesn’t stop once the week of action ends; we will continue to proactively tackle offenders and use initiatives to help prevent serious violence and keep our communities safe.

“Our message is simple: carrying a knife does not make you safer. It puts you at increased risk of harm and you could end up with a criminal record if you’re found in possession of a weapon.

“There is help out there for those who do not feel safe, and we always have amnesty bins in police stations where you can drop off blades so they can be safely disposed of.”