A man has been jailed for seven years for sexually assaulting an eight-year-old girl at the Shoreham Air Show 18 years ago. 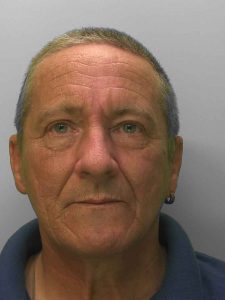 Sussex Police said that he was “convicted of indecent assault on the girl, then aged eight, while they were spectators at the Shoreham Air Show in August 2003”.

The force added: “He will also serve a further year on extended prison release licence and will be a registered sex offender indefinitely.”

Sussex Police investigator Amber Evans said: “The girl was at the show with her family and Conrad, who also knew her.

“(They) were sitting with each other in the crowd when he attacked her, without anyone else being aware.

“She did not report the attack to anyone at the time and only 14 years later did she feel able to talk to the police about it.

“We were still able to investigate and seek justice and to give her access to sources of specialist advice and support.

“You can always contact us if you have been the victim of sexual offences, no matter how long ago.”