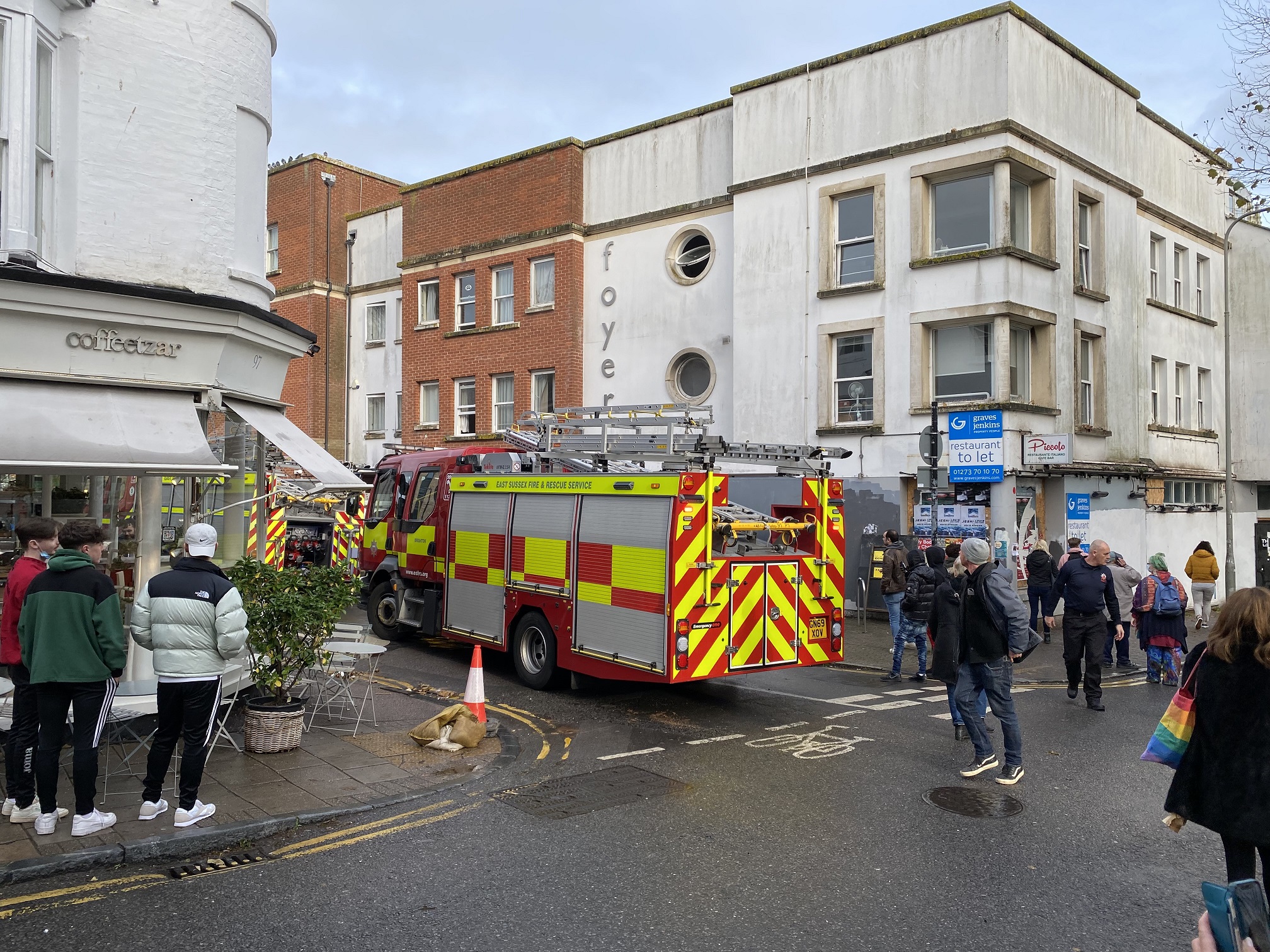 Residents of a supported housing scheme were evactuated this lunchtime after an accidental fire broke out on the first floor.

Fire engines were called shortly after 1pm to the Foyer in Pelham Street, a supported housing scheme for young people run by Sanctuary Housing.

A spokeswoman for East Sussex Fire and Rescue said: “We were called at 13.09 to reports of fire in a residential building. All person are accounted for and there are no reports of casualties.

“The incident is believed to have been an accidental fire on the first floor.

“We have received what’s called a stop message which means the firefighting action has stopped but we remain on scene.”