An alleged extremist from Brighton has told an Old Bailey jury that it was Prime Minister Boris Johnson’s turn to cover his face.

Abubaker Deghayes, 53, made the comments with reference to a newspaper column by Mr Johnson in 2018 in which he said that burkas made Muslim women look like “letterboxes”.

Deghayes, 53, of Arundel Drive East, Saltdean, is on trial at the Central Criminal Court – better known as the Old Bailey – in London on charged with encouraging terrorism.

He denies encouraging terrorism in a speech to worshippers at the Brighton Mosque and Muslim Community Centre on Sunday 1 November 2020.

Giving evidence today (Wednesday 12 January), Deghayes said explained why he had referred to Mr Johnson’s comments about face coverings in his speech to about 50 people, including children.

Deghayes said: “I’m talking about how circumstances are ruled by Allah.

“Now he (Mr Johnson) is putting a cloth on his face because of circumstances.”

Defence barrister Tom Wainwright said: “What cloth was he putting over his face?”

Deghayes said: “The face mask. Not only he is wearing the face mask but places the policy and obligation that everybody wears the mask.”

Judge Nigel Lickley asked: “You are talking about a coronavirus mask covering your face?” 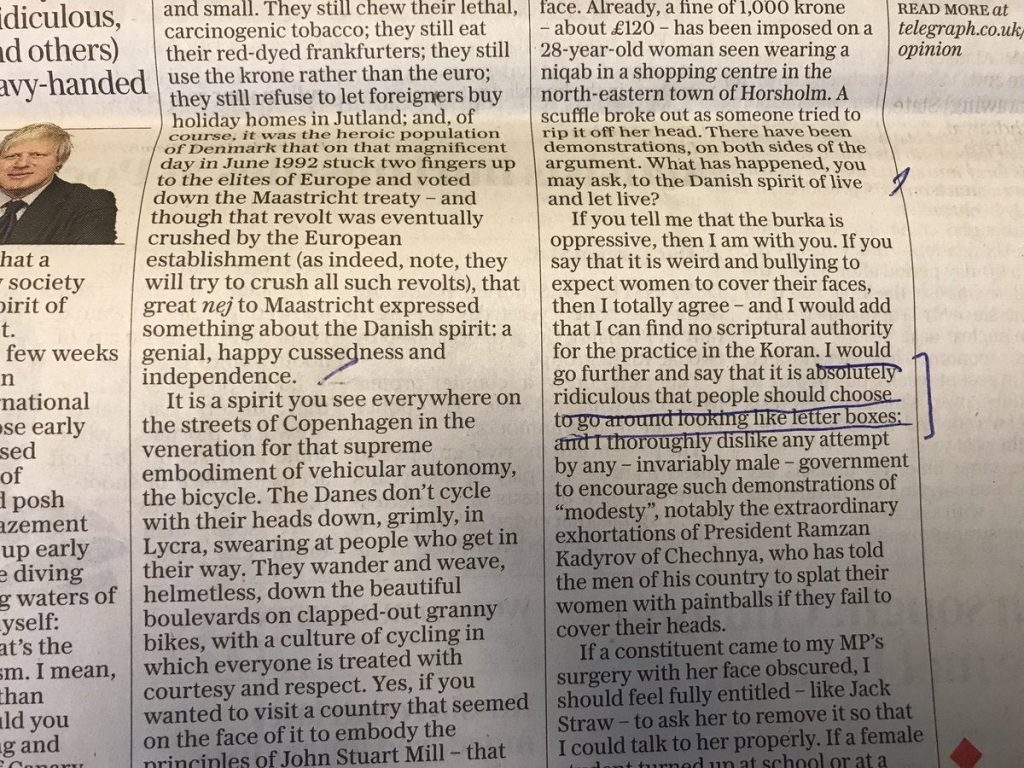 Later in his speech at the mosque, Deghayes allegedly said that violent jihad was compulsory – and made a stabbing gesture.

In a video shown to jurors, Deghayes said: “Jihad is fighting by sword. That means this jihad is compulsory upon you, not jihad is the word of mouth but jihad will remain compulsory until the day of resurrection.”

Deghayes gave his evidence while wearing a black hooded top bearing a “Free Palestine” slogan on it, similar to the one that he was seen wearing in the video.