A Brighton pub company has reported a return to profit despite having to close for more than four months because of the government’s coronavirus regulations.

The Laine Pub Company, which runs more than 50 pubs in Brighton and Hove, London and Birmingham, said that its profit after tax was £1.16 million in the year to Sunday 15 August 2021.

The figures compared with an operating loss and a pre-tax loss both totalling £7.13 million in the previous year which included the first national lockdown.

The company, which runs about 30 pubs in Brighton and Hove, said that “the vibrant, diverse and colourful city” was the inspiration for its “idiosyncratic” venues.

But, like many others, the business was heavily affected by covid-19, “with prolonged pub closures and significant operating limitations due to social distancing requirements and other government guidelines”.

Laine, run by long-serving chief executive Gavin George, said that it had a “resilient business model” and had “proven well-positioned to weather the pandemic and related operating restrictions”.

Borrowings included £22.7 million of secured loan notes due to a related company but cash flow was positive and the business remained a going concern.

Its pub estate in Brighton and Hove includes the Ancient Mariner, the Fiddler’s Elbow, the Fortune of War, the Hope and Ruin and the North Laine Brewhouse.

In its annual report and accounts, the company said: “The principal activities of the group are that of public house operators within the leisure industry and the brewing of beer.

“Laine Pub Co operates an estate of over 50 pubs located in Brighton, London and Birmingham areas.

“Its sites are all managed under the MP (managed pub) model and its propositions include market-leading enhancements that range from escape rooms and virtual reality pods to immersive theatre, gaming, live music and circus performances which take the idea of ‘a night down the pub’s to a whole new level.

“The treatment of the pub proposition is a key focus for the pub business’ future growth, targeting locations with free thinking, independent, liberal demographics.

“Taking inspiration from the vibrant, diverse and colourful city of Brighton, Laine Pub Co has created some of the most idiosyncratic pubs in the United Kingdom. 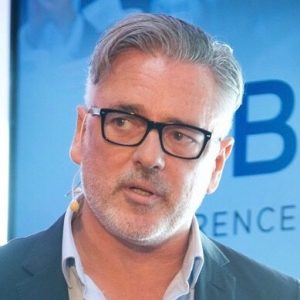 “Laine’s cultural and ecological ethos underpins its commercial objectives, ensuring that its pubs always remain relevant to the communities they serve.

“Laine also operates a fast-growing craft beer business, Laine Brew Co, which sells into hundreds of pubs across the country and direct to consumers.

“Laine Brew Co, which was initially established to produce beer for sale in the Laine estate, has significantly grown its product range and production capabilities since its inception in 2016.

“The main production brewery in the South Downs was expanded in 2018 to increase capacity, producing craft beers in volume for the on and off trades in the United Kingdom.

“Laine’s beer business is well-positioned to capture a significant volume growth in the increasingly important craft beer market and the aim is to develop it into one of the most dynamic craft brewers in the United Kingdom. 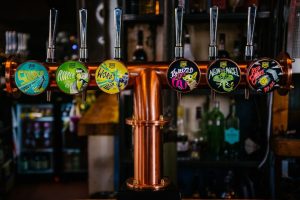 “The covid-19 pandemic, and the government’s response to this unprecedented global health crisis, has had a significant impact on our industry and our business.

“It resulted in the government taking unprecedented steps to implement national lockdowns, restricting social gatherings and mandating closures of non-essential businesses, in each case leading to business slowdowns and shutdowns.

“Following the guidance and advice issued by the government, all of our pubs closed with effect from 20 March 2020 and remained closed until 3 July 2020.

“Following this initial closure period, our pubs closed again from 5 November to 4 December 2020and from 31 December 2020 to 11 April 2021 in response to subsequent government measures and restrictions.

“Some of our properties have also been subject to localised closures as a result of tier restrictions or other local measures throughout the period from July to November / December 2020.

“Despite being heavily impacted by the covid-19 pandemic, with prolonged pub closures and significant operating limitations due to social distancing requirements and other government guidelines, we benefit from a resilient business model and a suburban and rural pub estate that has proven well-positioned to weather the pandemic and related operating restrictions.

“Notwithstanding our resilient operating performance, the covid-19 pandemic has significantly impacted our results of operations.”