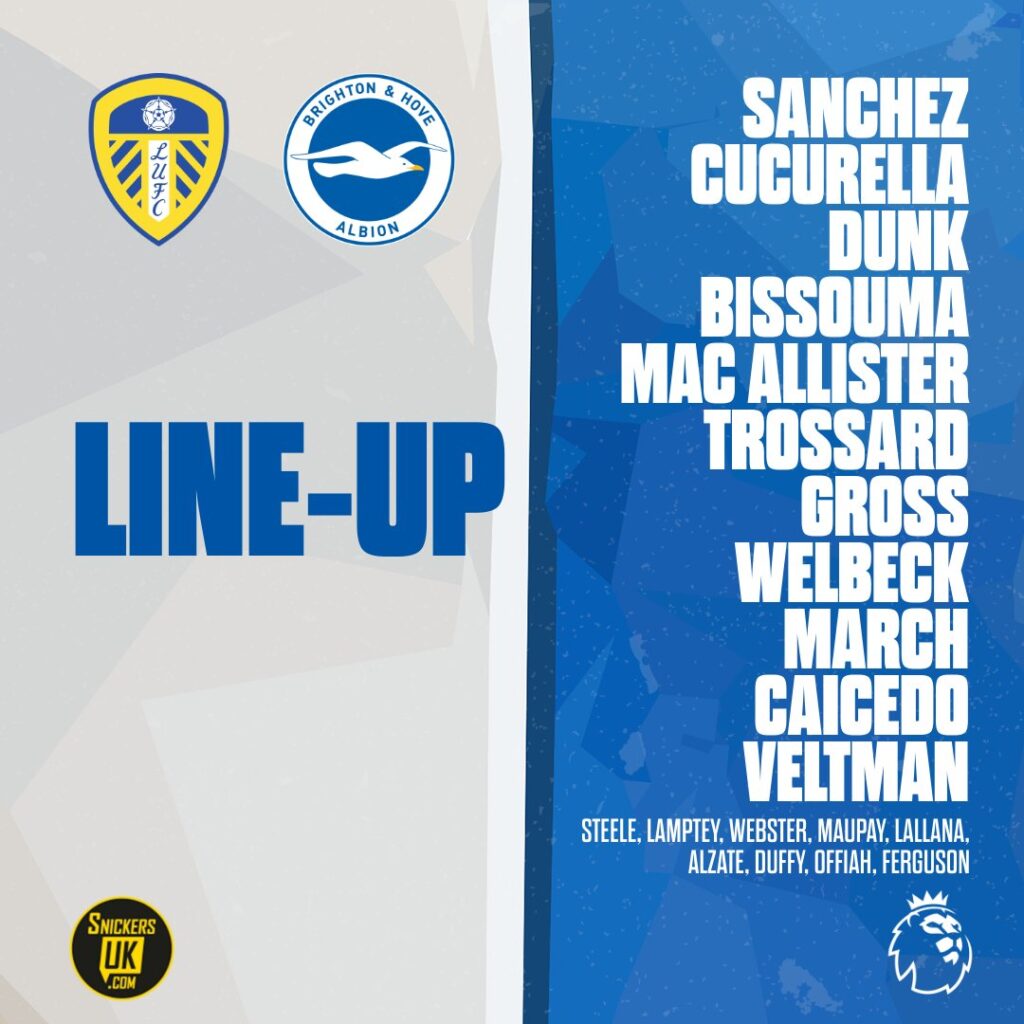 Albion’s last away match of the season is far more significant for the hosts than the Seagulls.

With Burnley losing at half time in the early kick off at Tottenham Hotspur, three points could be absolutely priceless for Leeds.

Albion line up as they did for the 4-0 win against Manchester United last weekend.

Graham Potter’s squad will be missing Enock Mwepu who is still recovering from a groin injury.

Jakub Moder and Jeremy Sarmiento are the only other players currently sidelined by injury.

Leeds will be missing winger Dan James after he was shown a red card for a dangerous challenge during the 3-0 midweek defeat to Chelsea. Luke Ayling is also suspended after picking up a red card at Arsenal last Sunday.

The hosts will also be without strike Patrick Bamford who has been recovering from a foot injury.

Exactly 40 years ago today Leeds beat Albion at Elland Road but were relegated while Brighton enjoyed their best finish in the old First Division – 13th place with 52 points from 42 matches.