Design for Brighton low-traffic scheme due back before councillors

A new design for the proposed Hanover and Tarner Liveable Neighbourhood project is going to go before councillors next month. 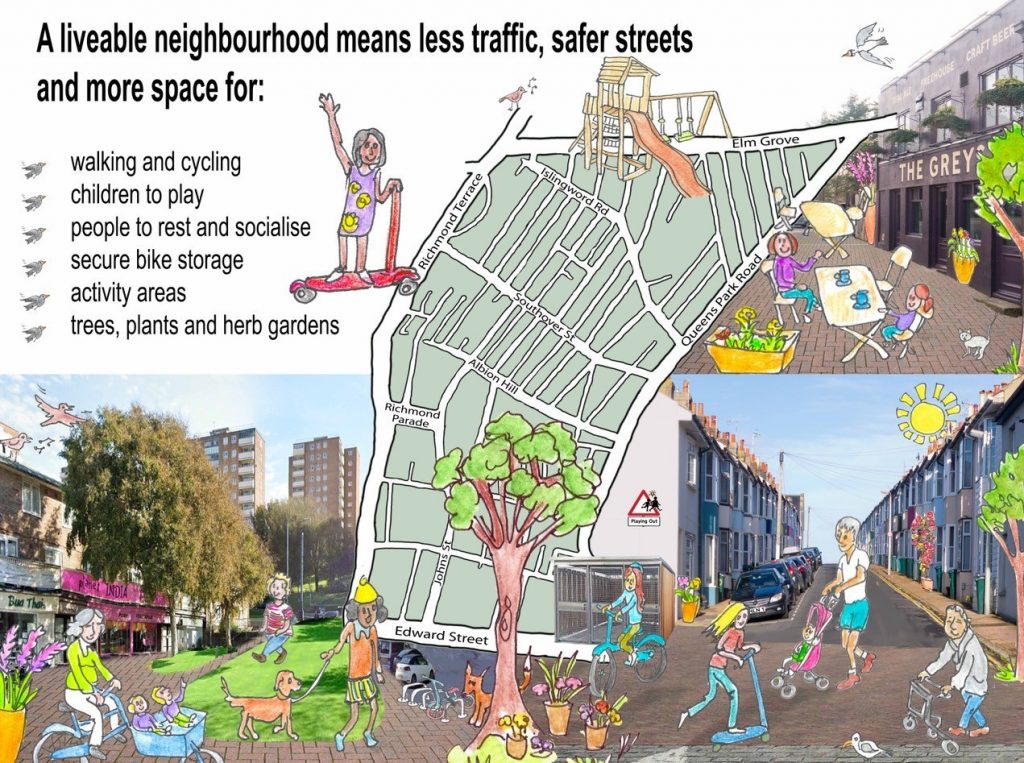 The revised design follows a series of events and an online consultation with the community before the pilot project begins.

They secured backing with cross-party support from the council’s Environment, Transport and Sustainability Committee in June 2020.

Since then the council has held more than a dozen street events and workshops during two phases of engagement.

In March and April, the council hosted events and online consultations for what is now known as the Hanover and Tarner Liveable Neighbourhood project.

The council said: “Residents were shown two early designs of what the scheme could look like in phase two and their comments on these have helped inform the latest design.

“These have allowed us to work with the local community of Hanover and Tarner to co-design this pilot project.”

The revised design is due to go before the committee on Tuesday 21 June and, if councillors agree, the proposal will be the subject of a full public consultation shortly after.

Low-traffic neighbourhoods, such as the one proposed for Hanover and Tarner, maintain access for private vehicles to homes and businesses within the area and enable priority access for emergency vehicles and council services such as waste collection and public transport.

But, by installing “filters” such as bollards and planters as well as camera technology, the redesigned area would be aimed at deterring drivers from using the area as a cut-through.

More events are planned at venues around Hanover and Tarner as part of the consultation process over the summer.

After Hanover Action’s deputation to the Environment, Transport and Sustainability Committee, residents in the Roundhill Society and North East Hanover Residents’ Association have also asked for low-traffic neighbourhoods.

North East Hanover Residents’ Association members have raised concerns about drivers using their streets as a rat run and traffic being displaced into Elm Grove.

The Environment, Transport and Sustainability Committee is due to meet at Hove Town Hall at 4pm on Tuesday 21 June. The meeting is scheduled to be webcast on the council’s website.