The Christmas market planned for the centre of Brighton this year will be smaller than last year’s, with fewer bars and less noise, councillors were told today (Friday 12 August).

The promoter David Hill, the managing director of Hove business E3 Events, said that lessons had been learnt about noise and drink sales from the first Christmas market last year.

This year the market has applied to sell alcohol from Friday 18 November until Christmas Eve – Saturday 24 December – from St Peter’s Church to the top end of Valley Gardens.

Mr Hill said that the land in Victoria Gardens did not suit a winter event – and some councillors and residents complained that last year the site was left looking like a mudbath.

Once the market is over, Mr Hill said that E3 would work with City Parks to returf grass areas.

Mr Hill told a Brighton and Hove City Council licensing panel that E3 would run only two bars because last year there were too many operators selling mulled wine.

He said that they were looking at ways to seal shopping bags completely for alcohol sales of sealed bottles and were considering a shopping collection service for when people leave the area.

The licence application went before the panel, made up of three councillors, after a neighbour raised concerns about public nuisance.

Neither Sussex Police nor the council’s licensing department objected to the application after E3 Events agreed to extensive conditions after a “debrief” after last year’s market – and extensive consultation before this year’s application.

Mr Hill said: “Certain things were highlighted in the debriefing – and one of the things I think is pertinent to this hearing is we did not receive one public disorder incident. We never had to call the police out once.

“We were commended on that. Part of the reason was we marketed it as a family event and that’s what happened.”

After complaints about noise from people living in the area, the family shows are planned for the nearby Ironworks venue rather than a big top tent. 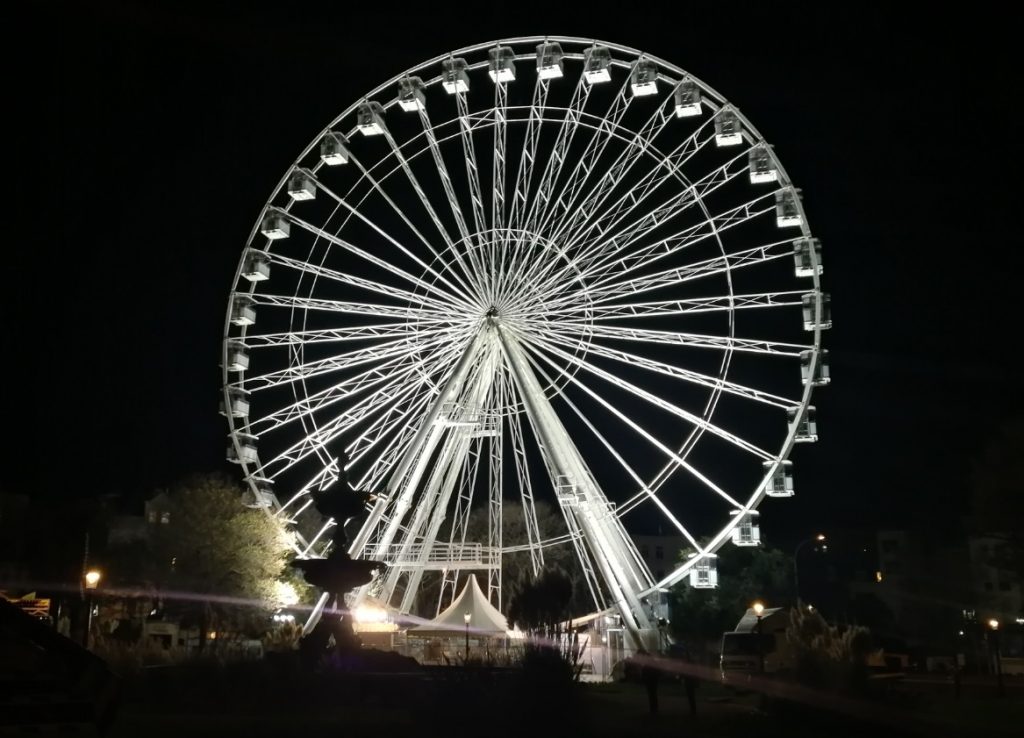 The big wheel in the Old Steine last year

Last year Mr Hill said that the company reduced the volume and bass levels after neighbours complained and stayed in touch with residents as plans progressed for this year’s event.

There is no fairground planned other than the big wheel. Only the bars will be fenced in as Mr Hill said that he did not want or like the fencing that surrounded the market last year.

Mr Hill said that all neighbours would have a phone number to call if they had any issues with the event.

The panel – councillors Marianna Ebel, Zoe John and Anne Pissaridou – retired to reach a decision which is due to be made public within five working days.