The owner of the Cineworld chain and the Duke of York’s has signalled that it may file for bankruptcy within weeks.

Shares in Cineworld Group PLC slumped in trading on the London Stock Exchange from almost 10p to below 2p at one point before recovering to close at 4p.

This left the business, which is still trading, with a stock market valuation of just under £40 million.

The shares were priced at more than 82p last September but the slow recovery in audience numbers since the coronavirus pandemic restrictions were lifted last year has dented revenues and profits.

At the end of December, the company’s financial year end, Cineworld had debts totalling £4 billion, having made a pre-tax loss of £600 million, down from a loss of more than £2.5 billion in 2020.

Cineworld also prepared to file for bankruptcy in the autumn of 2020 but the cinema chain was kept afloat with a rescue package worth about £400 million.

The chain has suffered from the success of streaming services such as Netflix and Amazon Prime which were given a boost during the coronavirus lockdowns.

Fewer people than expected have gone back to the cinema, though, and low levels of revenue and high levels of debt repayment are hampering the company’s finances.

A few hours ago, the Wall Street Journal broke the news about Cineworld preparing for a possible bankruptcy.

The story triggered the collapse in the share price in London and prompted union boss Philippa Childs, head of entertainment and media union BECTU, to describe it as “very worrying news”.

Cineworld employs about 28,000 workers globally, with operations in 10 countries and about 750 sites.

In Britain, the company employs about 5,500 people – mostly on zero hours contracts – at 127 sites, including Brighton Marina.

Cineworld owns the Picturehouse chain which includes the Duke of York’s, Britain’s oldest working cinema, at Preston Circus, as well as Duke’s at Komedia, in Gardner Street. 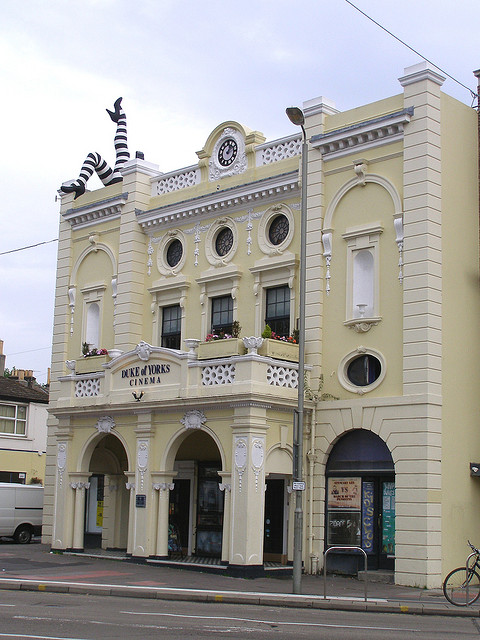 BECTU boss Philippa Childs said: “This is very worrying news, not least for the UK’s Cineworld and Picturehouse workforce who have already been through a tumultuous time during the pandemic.

“The UK’s cinema industry suffered an incredible blow due to covid-19 and this latest news will be very unsettling for cinema workers.

“We will do everything we can to support our members during this challenging time and will be looking to Cineworld to mitigate the impact of any bankruptcy arrangements on its employees.”

It comes two days after Cineworld said that it was assessing options to shore up its finances after it blamed a “limited” film slate for weak audience numbers in recent months.

The company was boosted last autumn by the James Bond film No Time To Die and the latest instalment in the Spider-Man franchise, No Way Home.

Cineworld bosses had hoped that the latest Top Gun, Batman and Thor releases would come to the chain’s rescue so that it could recover from the deep financial impact of the pandemic.

But on Wednesday (17 August) Cineworld told the London Stock Exchange: “Despite a gradual recovery of demand since reopening in April 2021, recent admission levels have been below expectations.

“These lower levels of admissions are due to a limited film slate that is anticipated to continue until November 2022 and are expected to negatively impact trading and the group’s liquidity position in the near term.” 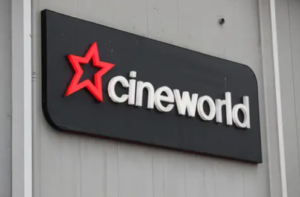 The pandemic restrictions also affected the quality and quantity of the stream of films being made for cinema release. Schedules were disrupted.

The heavily indebted Cineworld business said that it was considering “restructuring” its balance sheet to reduce the amounts owing and to protect its future.

At the height of the pandemic, Cineworld temporarily closed all its British cinemas and placed its 5,500 workers on furlough.

Today, the Wall Street Journal said that the world’s second biggest cinema business had hired lawyers from Kirkland and Ellis and consultants from Alix Partners to advise on the bankruptcy process.

And the Financial Times said that the chain was assessing a number of options including filing for bankruptcy and “looking to figure out what is achievable”.

The FT added: “Another possible option to rescue the chain is a debt-for-equity swap that would give the company’s lenders – which include Investec, State Street and Hartford Financial Services Group – control of the group. A clutch of lenders took control of rival Vue in a similar deal last month.”

Cineworld may also have to pay about £700 million to £800 million compensation to its Canadian rival Cineplex after botching an attempted takeover.

The company pulled out of the bid in June 2020 and earlier this year it submitted a legal appeal in the Canadian courts against the compensation order.

It could be a few weeks or maybe a matter of months before film fans find out whether this particular story has a happy ending.