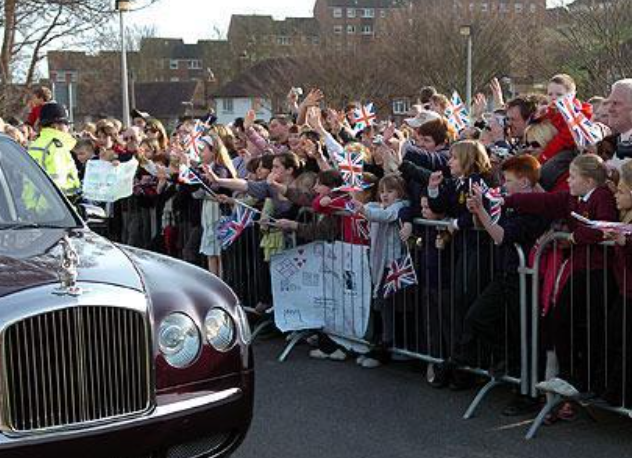 The late Queen visited Brighton and Hove at least half a dozen times during her 70-year reign and was greeted on each occasion by crowds of well-wishers.

On her first visit – as Princess Elizabeth – on Tuesday 4 December 1945, she reviewed the troops at the King Alfred.

Months after the end of the Second World War, it was still a naval training base, known at the time as HMS King Alfred.

And, from there, the teenage princess went on to visit Preston Manor, in Brighton, home to the influential Stanford family in the 19th century and early 20th century.

Details of this visit and later visits have been shared by Brighton and Hove City Council.

And below are pictures from some of those visits taken either by the official photographer or royal rota “pool” photographers who recorded each occasion.

On Friday 18 May 1951, Princess Elizabeth visited Brighton and Hove during a tour of Sussex which also took in Lewes and Hastings.

She visited the Palace Pier, in Brighton, the Royal Pavilion and the old Hove Town Hall, designed by Alfred Waterhouse, which was demolished after being damaged by fire in 1966.

On Monday 16 July 1962, the Queen opened Hangleton Library while she and the Duke of Edinburgh formally marked the renovation of George Street, in Hove, and visited Brighton College.

The university had been founded just three years earlier and, while on the Falmer campus, designed by Basil Spence, she also spent time in the students’ union. 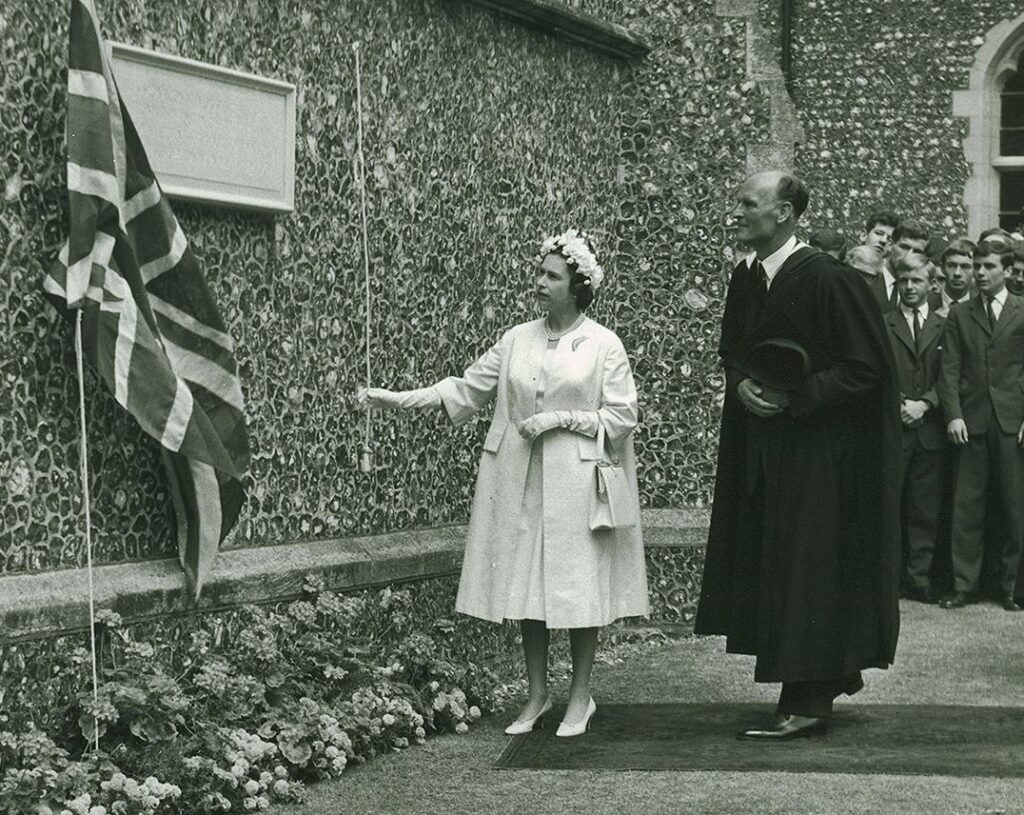 The Queen visits Brighton College in 1962

On Thursday 31 May 1979, the Queen officially opened Brighton Marina – the largest man-made marina in Europe at the time – accompanied by the Duke of Edinburgh.

They were welcomed by the Mayor of Brighton, Dennis Hobden, a veteran councillor who had made history in 1964 when he became the first Labour MP to be elected in Sussex.

The Queen and Prince Philip also took a stroll through the shopping streets of The Lanes, in the historic heart of Brighton before heading to Lewes. 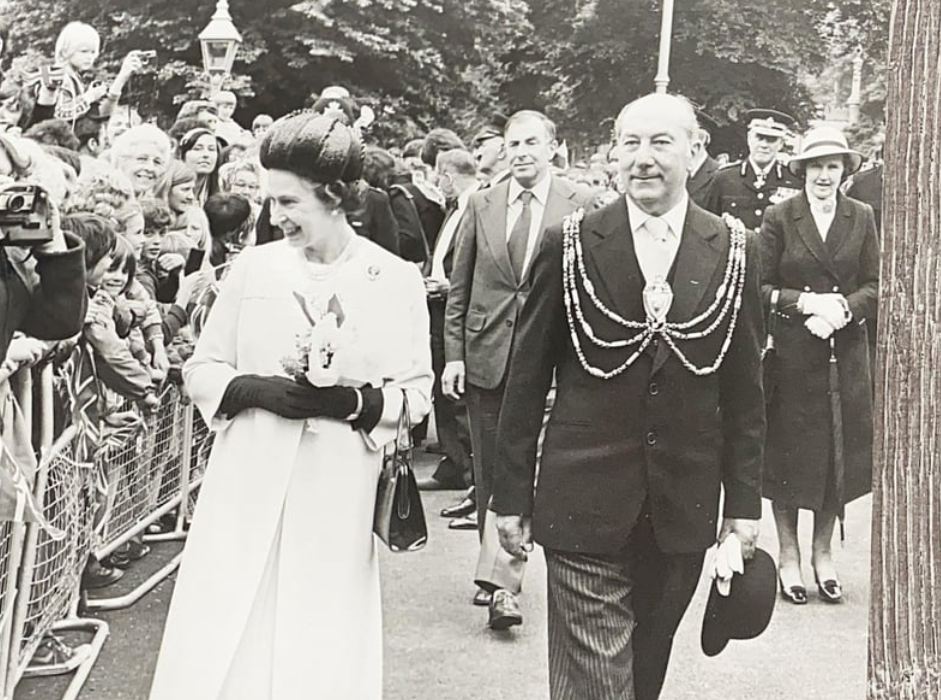 The Queen with the Mayor of Brighton, Councillor Dennis Hobden, in 1979

On Thursday 29 March 2001, months after Brighton and Hove became a city, the Queen and the Duke of Edinburgh met children from four local schools.

During the same visit, the Queen went to the Brighthelm Centre to meet St John Ambulance volunteers and Big Issue sellers.

She was said to have bought a copy of the Big Issue magazine from one of the homeless vendors. 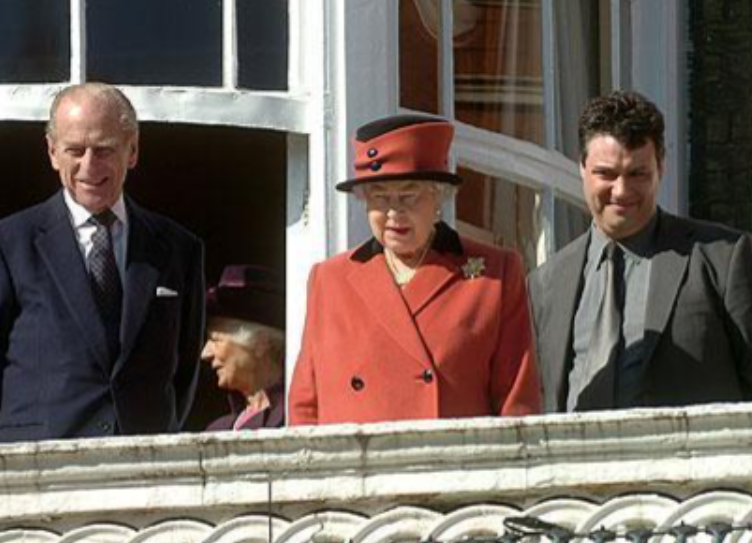 The monarch may have been more used to the balcony at Buckingham Palace but, on Thursday 8 March 2007, she waved to crowds from the balcony of the theatre in New Road.

The Queen and Duke of Edinburgh were guests of the Theatre Royal, with manager Julien Boast welcoming them as the venue celebrated its 200th anniversary.

During the visit, the Queen was shown around the Jubilee Library while Prince Philip spent time at a workshop at the Pavilion Theatre.

The royal couple also attended a reception at the Dome followed by lunch at Brighton Racecourse before visiting community projects in the afternoon. 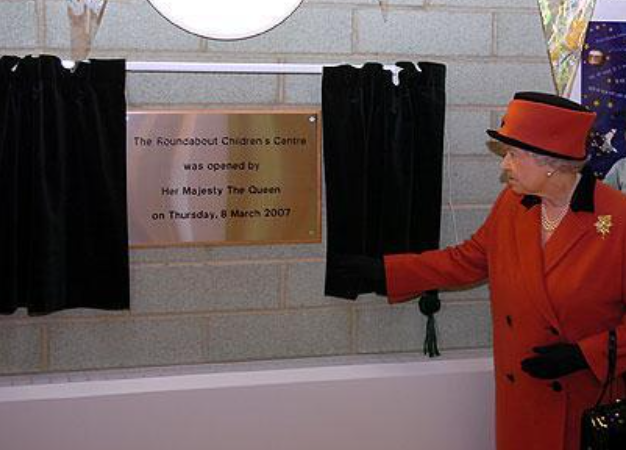 In Whitehawk, big crowds greeted the Queen when she arrived to open the Roundabout Children’s Centre.

Her last visit to Brighton took place on Thursday 31 October 2013. Almost 50 years after opening the library at Sussex University, she opened the Keep. 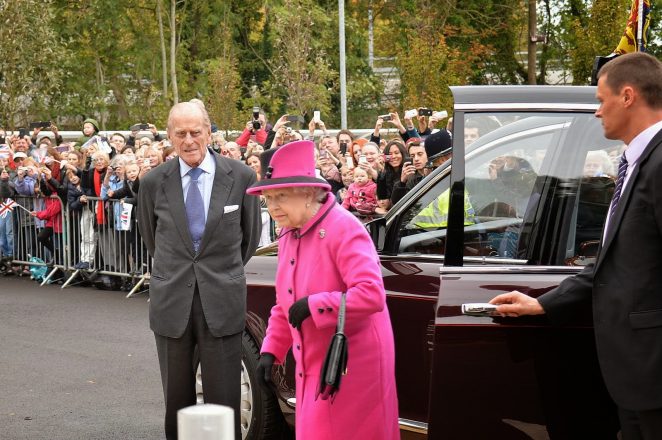 The Queen arrives at the Keep – Picture by Tony Mould

A short distance from the university’s Falmer campus, the Keep is the official archive for Brighton and Hove and East Sussex. 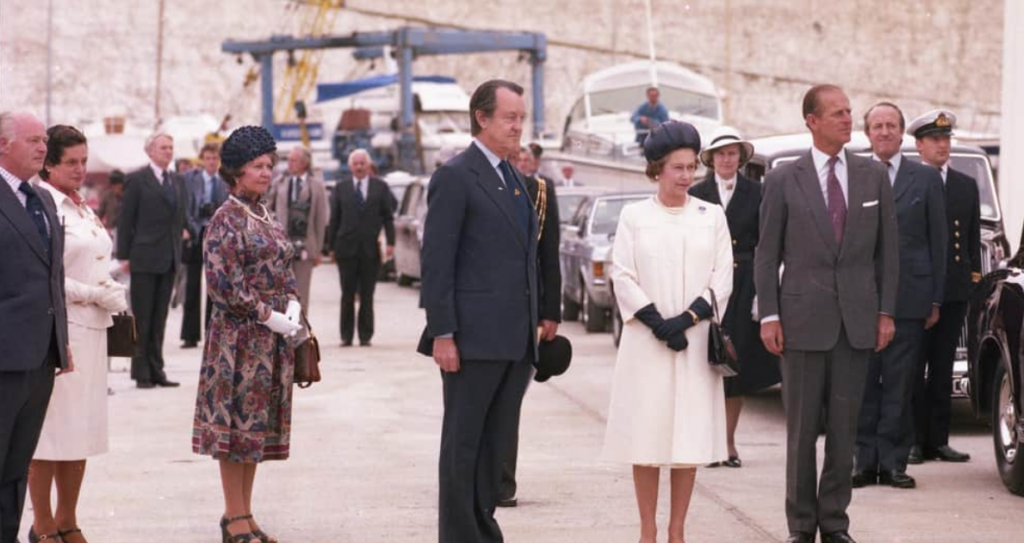