Calls for calm as anti-trans speaker comes to Brighton 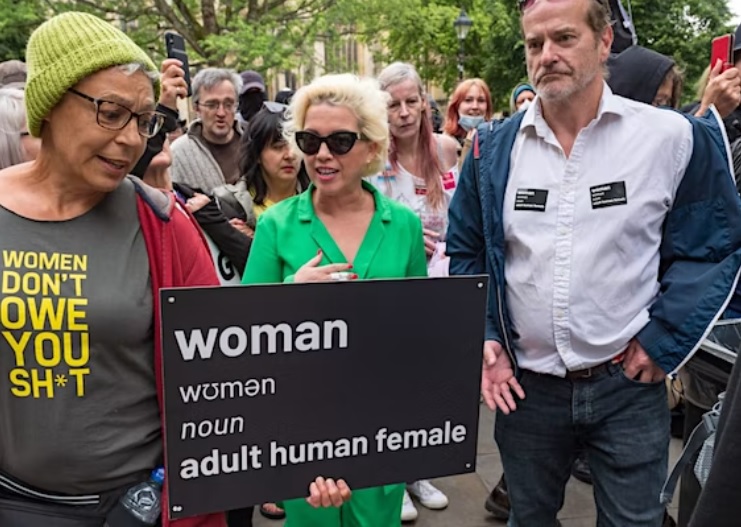 Campaigners are calling for calm as a controversial anti-trans speaker is due to come to Brighton this weekend.

Kellie Jay Keen, aka Posie Parker, is due at Victoria Gardens on Sunday at 1pm as part of her Let Women Speak speaking tour.

Previous events in Bristol and Manchester have attracted vocal pro-trans activists and allegations of assault.

One local LGBT Twitter account, Reclaim Pride Brighton, was reported to police by Mrs Keen’s followers when it tweeted: “Fight Posie Parker by any means you see fit.”

Sussex Police said they were aware of the event, and plans for protest this weekend and had “robust” preparations in place.

The collective, which shares some of Mrs Keen’s gender critical views but has distanced itself from her right-wing stance on issues such as abortion, reproductive rights and Islam, fears the event may end in violence.

Dani Ahrens, a member of the group’s organising committee said: “We think the city of Brighton & Hove should be taking a lead in addressing these issues respectfully and democratically – if anywhere can do that, surely we can do it in a tolerant place like Brighton.

“Women speak at our gatherings about their lifelong experiences of being female in a sexist society – sharing often traumatic stories in a safe and welcoming space.

“We are an anti-racist, pro-diversity, feminist group, whose membership includes lesbians, mothers, younger and older women, survivors of rape and domestic abuse and migrant women. As citizens of Brighton & Hove, feminist women should have a voice alongside all the other strands of our richly diverse city.

“We call for our enshrined legal rights to be recognised, alongside space for inter-community dialogue. We don’t believe that sudden polarised confrontation will enhance this kind of discussion.”

A spokeswoman for Sussex Police said: “Robust preparations are in place, with engagement between the event organisers, demonstrators and community partners in order to facilitate a safe and peaceful protest while minimising disruption to the wider community.

“Brighton and Hove is a city with a rich history of peaceful protest and Sussex Police has vast experience in policing protests.

“We understand people have strongly-held views, and sometimes expect the police to intervene. We recognise and respect different communities, and want them to be safe and feel safe.

“However we have a duty to protect freedom of expression – including (in the words of the European Court of Human Rights) the right to express ideas ‘that offend, shock or disturb’ – as long as those expressing them stay within the law.”