Hands Off Hove Park School campaigners were celebrating this evening (Monday 22 September) after governors voted unanimously against turning the school into an academy.

The campaign group, led by parents Sharon Duggal and Natasha Steel, said: “The parents, carers and members of the community that make up Hands Off Hove Park School are delighted and thrilled that the governors have ultimately made the right decision and voted no to academy status.

“This is an excellent result for the whole of this school community but also for all schools across Brighton and Hove. 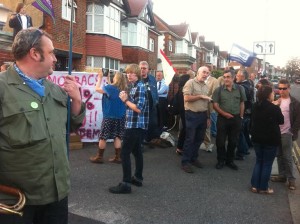 “Mr Trimmer (head teacher Derek Trimmer) and the governing body have clearly recognised that the reality of academies is that they weaken governance and accountability and offer nothing in terms of raising standards or improving the educational environment for children, parents, teachers and communities.

“When the proposal to become an academy was first made in March a lot of people thought it was a done deal.

“We have to thank all the students, parents, teachers, city council, trade unions and other community members that kept faith with our campaign.

“At times it has taken over our lives but it has brought us together as a loud and strong collective voice.

“It has demonstrated that Hove Park has a fantastic community who clearly care about the school and the education of all children in the community, regardless of background or ability.

“We hope other parents across the country involved in similar battles against the deregulation of state education will draw encouragement and hope from our campaign. 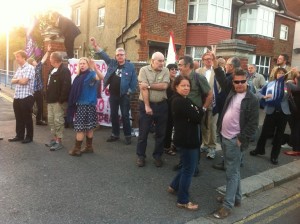 “We hope that people will take similar action where the public services they cherish and depend on are threatened.

“It’s been hard work but it’s been a lot of fun.

“As a vibrant and active parent group, we can now look forward to directing our energy into supporting the school to ensure it continues on an upwards trajectory, helping to build on the improvements that have already been made in the last few years for the benefit of current Hove Park students  and generations to come.”

Leave a Reply to May Day Cancel reply