Business, housing and conservation organisations have come together to urge Brighton and Hove’s politicians to set aside their differences over the City Plan.

The City Plan is a blueprint for the next 15 years and is the subject of a crucial debate and vote next month.

Unless the three main parties – the Greens, Conservatives and Labour – can reach agreement, the proposed City Plan could be thrown out by a government inspector. 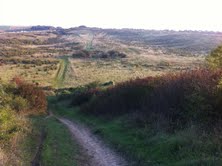 If that happens, planning officials and politicians fear a free-for-all with developers able to take advantage of the policy vacuum and neighbours being left unprotected from unsuitable building schemes.

Developers would be bound only by national planning rules but not by locally set policies.

The government planning inspector has already examined the City Plan and said that it doesn’t allocate enough land for housing. The council originally allowed for 11,300 homes while the planning inspector believes thousands more are needed.

She urged Brighton and Hove City Council to include greenfield sites on the “urban fringe”.

One such site – Toad’s Hole Valley in Hangleton – is already set aside for housing, business premises and a school.

Now the council has conceded that almost 40 more sites, mostly around the edge of Brighton and Hove, should be considered for housing. They would yield a total of about a thousand more homes.

A number of councillors have said that developers should not be allowed to build on greenfield sites while there are brownfield sites available.

But it is cheaper for property companies to build on greenfield land which all three parties say they are keen to protect.

The parties have agreed on almost everything in the City Plan which is due to be debated at the council’s Policy and Resources Committee on Thursday 16 October.

But the remaining areas of disagreement are causing concern.

Councillor Phélim Mac Cafferty, who has been leading on the development of the City Plan, said: “Groups across the city have re-emphasised that no plan means unaffordable homes, loss of business space and low-quality developments on precious green spaces.

“We are well and truly in last chance saloon.

“The only way we can rein in unfettered development across the city is through passing a sound local plan that insists on the kind of appropriate change we need in our city.”

The Policy and Resources Committee meeting is widely considered to be the last opportunity to agree a sound plan before it is thrown out altogether.

If it is thrown out, Brighton and Hove would be left with no locally agreed planning controls for the coming years.

For more information about the City Plan, click here.