Two dozen sixth formers from two Brighton and Hove schools have set off for a cricket tour in South Africa.

They are all members of the Aldridge Cricket Academy (ACA), a programme that gives 16 to 19-year-olds the chance to develop their cricket skills alongside their academic qualifications.

For the past 18 months the students have taken part in an intensive training and playing regime to prepare for the tour.

Some ACA players also train at county and national levels. Two boys have recently returned from training in Sri Lanka with the Sussex Academy. And Tara Norris will go on ACA tour having just trained in South Africa with England.

On tour the ACA players will form two teams with the academy’s top girls in the starting line-up alongside the first team boys.

The teams will play local competition to improve their skills and gain experience in a different climate and on new pitch conditions. 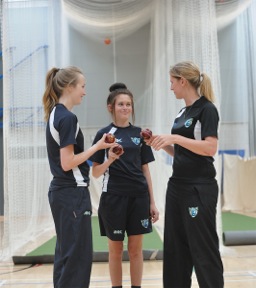 They will be immersed in the culture and visit historic sites, which is especially exciting for the players who will be abroad for the first time.

They will also coach local children, sharing their knowledge and skills.

The Aldridge Cricket Academy said: “This is the kind of opportunity that students in fee-paying schools sometimes have but one which is rare for players attending state schools.”

To cover the cost of the tour the students contributed to numerous fundraising activities that brought in nearly £50,000.

The largest fundraising event was the Gala Dinner at BACA last October. This was attended by some of the leading lights of Sussex Cricket, including Luke Wright. The event raised more than £19,000.

Students studying GCSE catering at BACA prepared the meal for the event and the team members played an integral role greeting and serving the guests. 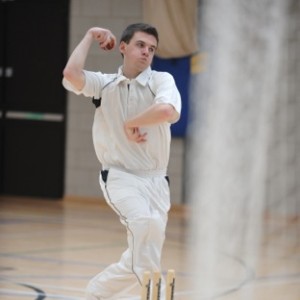 The tour brochure has since raised a further £6,600 through advertising.

Other events hosted by the students included a Christmas Cheer fete at PACA, car washes at both academies and charity dinners and bake sales put on by individual players.

ACA director of cricket Alexia Walker said: “For many of the students the fundraising efforts made it possible for them to go to South Africa.

“The tour will improve their cricket skills as they play against top school and club sides in a very strong cricketing country.

“The culture they will encounter and the people they will meet will also help them become well rounded and engaged members of today’s global society.”

More information can be found on the ACA tour website which was designed and developed by one of the team members and on Twitter.