A high-end hotel chain has announced plans to open a new luxury hotel in Brighton, complete with spa and roof pool – but is remaining tight lipped as to where it will be. 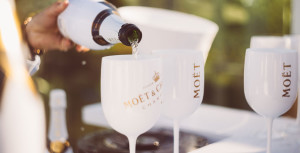 Harbour Hotels announced last week it is planning to open the Brighton Harbour Hotel and Spa next summer, featuring a jetty restaurant and champagne bar as well as the spa and pool.

It says the location is a landmark 1850s building on the seafront, just minutes away from the pier – but other than these hints, it is remaining tight-lipped as to exactly where.

One hotel which fits the bill is the Umi, but a spokeswoman said it held the lease on the building for another eight years and there were no plans to move.

The disused Lansdowne in Hove, currently for sale with an £8m price tag, also matches the description – but estate agents Mishon Mackay told Brighton and Hove News that it was still for sale, with viewings booked at the end of last week.

A spokeswoman for Harbour Hotels said: “We are not in position to announce exactly where as yet, but are pleased to confirm that we have exchanged contacts on a landmark property and will be expanding into your vibrant city.”

Mike Warren, Harbour Hotels managing director, said: “We are very excited to be taking the Harbour Hotels brand to Brighton; it’s one of the UK’s most vibrant hotel and tourism markets and a key strategic location from our perspective.

“With a prime position on the seafront, we plan to maximise on this lively coastal setting with a full refurbishment programme – to include the award-winning jetty restaurant and bar concept, unique private dining spaces and a Harbour Spa, featuring a luxury rooftop pool.”

Jeremy Ogden, chair of the Brighton and Hove hoteliers association, said it was good that Brighton was attracting investment, but sounded a note of caution that it could threaten the city’s small hotels if it’s not upgrading an existing hotel.

He said: “Investment into the city is fantastic and if people are prepared to invest in hotels it’s great, in the same way as the i360. Brighton is a vibrant city and people are willing to put their money here.

“There would be concerns from the hotel association if it’s increasing capacity and takes away some of the uniqueness of Brighton and it’s small, quirky boutique hotels.

“What we don’t want is more of the homogeneous Travelodge or Holiday Inn and we don’t want more bed spaces because it’s pretty much at capacity.

“Over capacity destroys the small guest house market which is the lifeblood of the city. We don’t have the ability to crash rates down.

“But if Harbour is taking over an existing hotel and upgrading it, that’s very positive.”