A Brighton woman has received a suspended prison sentence and has been ordered to repay £41,000 drugs profits.

At 7am on 16 December 2012 police received a 999 call about a fight in a 7th-floor flat in Grove Hill, Brighton. In the foyer officers approached three men who admitted they had come from the flat. Class A drugs were found on them.

Fatima Bangora, 30, is the tenant, and lives there with her two young children and a lodger. She said that she had held a house party overnight. The flat and occupants were searched and various drugs were found on those present as well as 20 wraps of heroin in a bedroom.

In total an estimated £1200 worth of heroin and cocaine was recovered along with a small amount of cannabis. In addition a large quantity of cash was found in a locked suitcase in Bangora’s bedroom.

She explained only a small proportion of the cash seized, claiming that it was savings from various work she did, as well as from benefits.

An examination of her bank accounts showed that she was receiving state benefits but those accounts were clearly not the source of the cash seized, which would have required another source.

The seized cash was examined and was found to be partly contaminated with cannabis. When counted it was found to total £41,925.00.

On 21 September 2015 at Brighton Crown Court Bangora pleaded guilty to money laundering. She received a prison sentence of 15 months suspended for 2 years, and was ordered to complete 150 hours of unpaid community work.

The court found that the cash seized was the benefit of her criminal conduct and the Judge made a confiscation order under the Proceeds of Crime Act 2002 (POCA) for that amount.

Funds seized by the courts through POCA confiscation or cash forfeiture orders go to the central Government exchequer. However a proportion of this is returned to law enforcement.

POCA-derived funding is distributed equally between the Police and Crime Commissioner and the Chief Constable. Sussex Police receive 50% cash back from cash forfeitures and 18.75% cash back from confiscation orders such as this.

The force currently employs an extra six Financial Investigators and two Financial Intelligence Officers from part of these funds to help continue work in seizing criminal assets, with the remainder being used to support crime reduction and diversion projects. 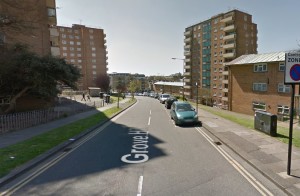