Sussex County Cricket Club captain Ed Joyce has stepped down a week after the side were relegated from the County Championship.

Joyce, 37, has skippered Sussex for three seasons, leading the county to two successive third place finishes in the County Championship – the highest position since the county won the Championship in 2007.

The Ireland batsman will continue to play for the Hove side and has a year left on his current contract. 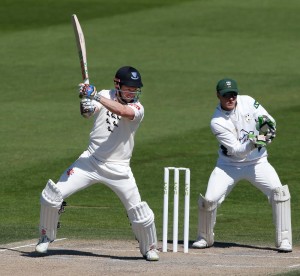 He said: “It has been an honour to captain Sussex for the last three and a half years. I couldn’t have asked for a more committed group of players and coaches to work with.

“We’ve had a very tough year in 2015 but, despite this, we’ve received overwhelming support from the majority of fans and this shows the unity and family feeling that Sussex engenders.

“My increasing commitments with Ireland and the stage in my career that I’m at meant that the job this year became more a burden than a challenge to be relished.

“So the time is definitely right to hand over the reins to a new captain and whoever that is will have my full support.

“I’m also very determined to get back to scoring lots of runs and helping us back into the first division of the championship and to performing much better in white-ball cricket.

“We have so much talent in the dressing room and so many good people throughout the club that I’m certain we’ll bounce straight back from this season.”

Manager Mark Robinson said: “I’d like to thank Ed for all of his hard work and dedication that he has put into the job.

“He has always led the team with great integrity and commitment and I’m sure that the new captain will appreciate having a player of the stature of Ed to be able to lean on for advice and support.”

Sussex will announce a new captain for both four-day cricket and 50-over cricket in due course.

Former captain Michael Yardy retired at the end of the season. The 34-year-old England international made his debut in 1999 and was part of the side that won three County Championships under Chris Adams. He succeeded Adams as skipper in 2009.

Grizzly: My Life and Times in Cricket was co-authored by former Argus sports writer Bruce Talbot and costs £18.99 from Pitch Publishing.