Garden waste scheme to be trialled in Brighton and Hove

A new paid-for green waste collection is set to be trialled in Hove Park and Withdean and rolled out across the city if successful. 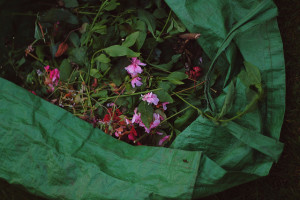 The service would cost £52 a year and available in areas where residents have space for wheelie bins – although in those areas people could no longer put small amounts of green waste in general refuse.

If approved at next Tuesday’s environment, transport and sustainability committee, the trial would start in March next year, with residents in the pilot area able to sign up from next month.

Currently residents can dispose of their garden waste by composting at home, taking it to one of the council’s household waste recycling sites, or paying for a contractor to collect it.

Small amounts of green waste have been also been accepted in household refuse bins.

Residents signing up to the new scheme would receive a 240 litre wheelie bin to be collected every two weeks. The waste would be transported to a facility in East Sussex where it will be converted to compost.

Forecasted income and expenditure estimate the service would cost the council £11,000 in the first year, but would be making a small profit within five years of being implemented. The service would initially be run with a dedicated, second hand truck.

It’s hoped the scheme would help increase the city’s recycling rate which is currently around 25%. If 20% of households took this scheme up, it’s estimated the recycling rate would rise by one or two percent.

At the moment, about 3.5% of the city’s total household waste is green waste taken to its recycling centres and in 2007, it was estimated about 10% of kerbside and communal bin refuse was garden waste.

The council will also continue to offer cut price compost bins. Since the discount was introduced in 2007, more than 20,000 have been bought, although this has begun to level off.

Councillor Gill Mitchell, chair of the Environment, Transport and Sustainability Committee said: “We know there is a huge demand from residents in the city for a garden waste recycling scheme so I am pleased that we now have a proposal which could see a scheme up and running as early as next spring.

“This is another step towards our commitment to provide improved and tailor made refuse and recycling services for all our residents in Brighton and Hove.”

Next Tuesday’s meeting will also be presented with a petition for a food waste collection which has been signed by more than 400 people – but councillors have already indicated this is unlikely to happen any time soon, if at all.