Nancy Platts has stood down as the chair of the Brighton and Hove Labour Party. 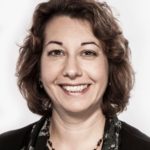 Ms Platts is to liaise with the trade unions on behalf of the Mr Corbyn.

She has twice stood for Parliament in Brighton. She lost narrowly to Britain’s first Green MP Caroline Lucas in Brighton Pavilion in 2010. And she finished a few hundred votes behind sitting Conservative MP Simon Kirby in Brighton Kemptown in May this year.

Soon after the most recent general election she became chair of the local Labour party and last week it was announced that she had been given the new role.

She emailed members today to announce that she was standing down from the local party.

The next meeting of Brighton, Hove and District Labour Party is due take place at 10.45am on Saturday 17 October at Dorset Gardens Methodist Church.