The results of the Landscape Photographer of the Year award were announced this week and a Brighton teenager is amongst the winners. 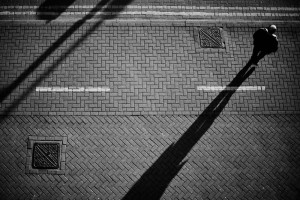 The World From Above

Caleb Yule, an 18-year-old film and photography student, came first in the Urban View category of the Young Landscape Photographer of the Year award with his image The World From Above.

He took the picture from the top of the car park at Brighton Marina, opposite the bowlplex.

Caleb, who took the picture, said: “It was a great feeling. What makes me happiest is that the photo was shot on 35mm film.

“So amongst some of the HDR overkill photos taken on really expensive cameras that dominated the competition, it was quite nice to sneak in an analogue one.”

For the second year running, the awards are being held in association with VisitBritain and the Countryside is GREAT campaign, who aim to promote Britain as a vibrant, inspiring and innovative place to visit.

From Monday, 23 November, the winning photographs will be exhibited on the balcony of London Waterloo, Britain’s busiest railway station, enabling thousands of travellers to enjoy some of Britain’s most beautiful landscapes.

The photographs will also be displayed on the Motion@Waterloo screen which spans the gate lines of platforms seven through to 11.

At 40 metres high and three metres wide, it is the largest single indoor LCD screen in the UK.

The free exhibition is hosted by Network Rail and will run for 12 weeks, closing February 7th 2016.

All the winning and commended photographs can be found in the Awards book ‘Landscape Photographer of the Year: Collection 9’ by AA Publishing, which is available now.