Child homelessness in Brighton and Hove four times higher than 2010

The number of children living in temporary accommodation in Brighton and Hove has increased by almost 300% since 2010. 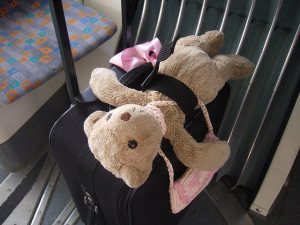 Teddy bear with suitcase by Ralph Aichinger on Flickr

The dramatic rise, significantly above the national average, is mainly down to a change in the council’s allocation policy, which sees homeless families placed in flats and homes for up to ten years rather than being given priority for social housing.

But cuts in benefits such as the bedroom tax, coupled with a decrease in the availability of longer-term “temporary accommodation” leases means the service is coming under renewed pressure.

A council spokeswoman explained: “The majority of temporary accommodation is good quality leased self-contained houses and flats offering longer availability than much of the private rented sector.

“We have a specific housing support service, mainly for people in emergency accommodation, which has been maintained at a consistent level until this year when it was reduced in the light of budget pressures.

“The increase over the years is largely due to the current Housing Allocation Policy which recognises that homeless households are placed into suitable good quality leased accommodation and hence are not in the highest priority for social housing.

“This also addressed the issue of people applying as homeless as a quick route into social housing, which was happening in other parts of the country. The stock of leased accommodation was therefore expanded in-line with this policy.

“Our long term leased properties are available for up to 10 years so families can become fairly settled and have the opportunity to send their children to good quality neighbourhood schools without the need to keep changing.

“As a result, a significant proportion of families in leased accommodation are not regularly bidding for the available social housing. Unless they bid they can’t be considered for a property and hence to a degree then the length of time a household waits for social housing is in their hands if they choose not to bid for properties.”

The figures were included in a Financial Times data site, which shows how local authorities compare to each other in terms of cuts made to their budgets from 2010 to 2014, and the effect these have had.

It shows how the city council’s budget has fallen across the board, doing better than average on some indicators and worse on others.

Public spending on all services excluding health has fallen less than the national average, as has spending on regulatory services, road maintenance and waste collection.

Spending per child on children’s centres has risen slightly, as has child protection spending per child in need. Spending on housing and homelessness support has decreased slightly more than the national average.

New Brighton pizzeria could be start of chain