Brighton gay bar asks to open until 5am

A Brighton gay bar is asking to be able to stay open until 5am on weekend nights – but faces still opposition from residents and police. 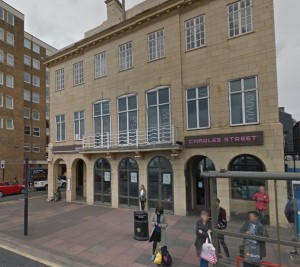 Charles Street and Envy is currently licensed to stay open until 3am, but says its customers want to be able to stay longer, rather than decamping to other clubs which stay open later.

It says by staying open an extra two hours from Thursday to Saturday nights, it can encourage people to leave gradually.

But a residents’ association says it suspects a desire to increase business rather than please its neighbours is behind the plans, and strongly opposes them.

The club’s application, which will be heard at a licensing committee meeting next Monday, says: “The premises cater for a predominantly LGBT clientele. The purpose for seeking later hours comes from requests from our customers, who want to continue their night in a safe and comfortable environment rather than leave and go to another premises.

“In particular, nearby premises such as FUnky Fish at the New Madeira Hotel, Legends, Amsterdam hotel and Revenge have considerably later terminal hours than currently permitted at Charles Street and Envy.

“Keeping our customers with us means they are in a controlled and supervised environment and allows for a gradual dispersal which can be managed and contained.”

But David Hainsworth, secretary of The Kingscliffe Society said he found the reasons put forward by the club for a later licence unconvincing.

He said: “If open until 5 am a majority might choose to stay until then thus making for an increased number of people on the streets at that hour.

“There is no evidence that people leaving by ‘gradual dispersals’ in this very residential area would not have any impact on nearby residents, and, as indicated above, nor could that be guaranteed presumably.

“An understandable wish for extended business rather than altruism, could likely be the driving force in seeking such a late terminal hour.”

The application also seeks permission to keeping the outside area open past 1am so clubbers popping out for a cigarette remain under staff supervision, with a bouncer present and no more than 25 customers there at any one time.

Anita Agnihotri from the council’s licensing team said: “Granting this application is likely to add additional burdens and problems to the already challenging area and although the applicant has put a number of provisions in their operating schedule, I do not believe that the applicant has demonstrated that there are exceptional circumstances to justify departing from the policy.”

Chief Superintendent Nev Kemp said: “Sussex Police do not agree that the applicant has demonstrated exceptional circumstances justifying a departure from the policy. The steps proposed within the operating schedule do not, in the opinion of Sussex Police, adequately address the issue of cumulative impact.

“Further, Sussex Police contend that with the hours applied for, the carrying on of licensable activity at these premises will add to the existing negative cumulative effect in an area already saturated with late opening licensed premises.”

The application was submitted on September 23, two days after the licensing committee met to review the license of another Kemp Town gay bar, The Bulldog, after Sussex Police asked Brighton and Hove City Council to revoke its licence.

Both police and the bar have appealed the decision, and it will now be reviewed by Brighton magistrates.