A Brighton man has been fined after he drunkenly obstructed police as they were arresting a violent offender in Churchill Square. 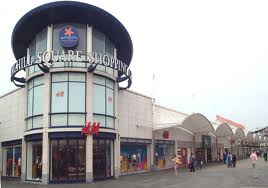 Max Freshney, 20, unemployed, of Ladysmith Road, Brighton, was charged with being drunk and disorderly, assaulting and obstructing a police officer.

Sussex Police said: “He was found guilty of being drunk and disorderly.

“Officers were attending Churchill Square, Brighton, during the early hours of Sunday 2 August, where Shaun Delaney, an 18-year-old from Brighton, was being arrested for violently and randomly attacking three women.

“Freshney, who was not connected to anyone involved, began leaning over the officers.

“Delaney was still being aggressive and Freshney was asked to move away.

“However, when he didn’t and tried to punch one of his friends, one of the officers intervened, arresting him for being drunk and disorderly.”

Freshney was given a 12-month conditional discharge and £315 fine.

Sergeant Jimmy Conway said: “This is, unfortunately, a typical case where a drunk person has come along and interfered, ignorant of the danger and how obstructive it can be.”