A programme of public engagement on possible ways of changing Brighton and Hove’s secondary school admissions system has been extended by a week to enable more public information meetings to be held. 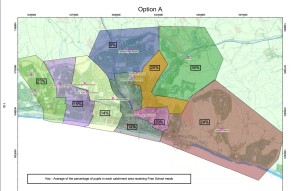 Perhaps more crucially, it is also considering whether to switch from the current lottery system for allocating places to oversubscribed schools to using distance as a criteria.

The deadline for responding to the engagement phase is now Sunday 1 May and new information sessions have also been arranged for after the school holidays. They are:

Further meetings are planned. The council’s website will be updated as soon as the arrangements have been confirmed.

All the events will be first come, first served and places will be limited to the capacity of the venue. 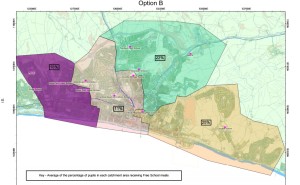 Reactions to the plans have ranged from opposition from parents in Fiveways who will no longer find themselves in the catchment for two of the city’s most popular schools, Varndean and Dorothy Stringer, to support for larger catchments with a lottery from parents in areas which currently only have the choice of unpopular schools such as BACA.

All feedback from the consultation will be taken into account by Brighton and Hove City Council when it formulates concrete proposals later this year for changing the system as of September 2018. These will be the subject of formal consultation in the autumn.

Residents wishing to find out more and give their views can do so via the council’s website at www.brighton-hove.gov.uk/schooladmissions.

A lively and informal Facebook group has also been set up by parents here.

The need for change has been triggered by two key factors. One is rising demand for school places at secondary level, and the other is the University of Brighton’s proposal to create a new secondary free school in the eastern central area of the city.

The current system uses a combination of catchment areas and a range of published admissions priorities to determine how places are allocated.

However, as of September 2018 the projected rise in the number of secondary age pupils means that in some catchment areas there will be too many pupils for the places available.

They also include the proposed University of Brighton secondary free school as the university has indicated that they intend to be part of the council’s admissions system. The location of this has not yet decided, but the city council says it is looking at two city centre sites.

As faith schools, Cardinal Newman and the King’s School both act as their own admissions authorities and set their own arrangements.

Schools, parents and other interested parties will be invited to give their views on what basic principles they want the council to take into account when it formulates concrete proposals for formal consultation in the autumn. 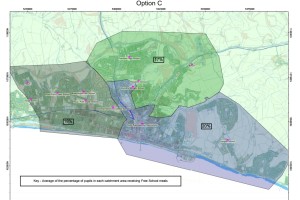 In order to try and make the system as fair as possible there is also a proposal to amend the current oversubscription criteria to give children eligible for free school meals a higher priority.

The various options aim to ensure that as many as possible of a range of criteria are met. These criteria are that any proposed new catchment areas should look to:

These options have been put together by a working party of headteachers, governors and councillors from all parties.

They take into account research done by the University of Brighton into what parents and pupils think of the current system.

The deputy chair of the children, young people and skills committee and chair of the council’s cross party school organisation working group is Councillor Daniel Chapman.

He said: “We want to get people’s views on the general principles of how they think secondary school catchment areas should work in future.

“The three options are not intended to be a street-by-street guide. They are suggestions to get people thinking about what sort of catchment area system they would prefer.

“We also want to see whether we can make more schools more accessible to children from disadvantaged backgrounds.

“The feedback we get from this engagement exercise will help us draw up concrete proposals on a street-by-street basis that will be subject of a formal consultation process in the autumn.

“No admissions system will please all parents, but our aim above all is to arrive at a new system that is as fair as possible to as many parents and children on a city-wide basis.”

Department for Education rules state that any decisions on changing the admissions system as of September 2018 need to be made by 28 February 2017.