A table tennis player from Brighton came back from Sweden with a medal after taking part in a tournament for athletes with disabilities.

At the 40th Malmo Open, which includes 19 sports, Harry Fairchild won the friendship medal for promoting a great atmosphere throughout the event.

Their opponents came from countries across Europe, including Sweden, Germany, Serbia, Bosnia and Iceland. 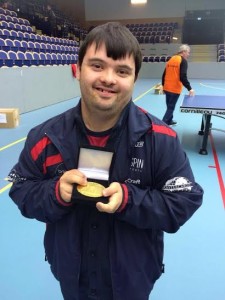 Brighton Table Tennis Club (BTTC) guest player David Wetherill, who is world ranked 6 in his class and will represent Great Britain in the Paralympics in Rio, won the silver medal in his group.

BTTC trustee Tim Holtam said: “Our players did our city proud in Malmo and their success is a fruit of the club’s partnership with the Grace Eyre Foundation, who support and manage the Sports for All Project in Sussex.

“For the past three years we have worked together to offer hugely popular sessions for over-16s with learning disabilities.

“The standard of play is very good and improving all the time, thanks to the commitment and expertise of the club’s coaches. Our ambition is to send BTTC players to the Paralympics.”

BTTC is a community club and registered charity. It meets at the Fitzherbert Centre, in Upper Bedford Street, Brighton, seven days a week and is open to players of all ages and abilities.

It holds weekly sessions for a wide range of groups, among them primary school children, under 16s, over 60s, people with learning disabilities and looked after children. Two women-only sessions are held each week. It also works with refugee children. 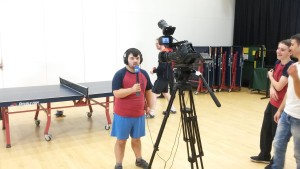 BTTC also runs regular sessions in five secondary schools and eight primary schools in the area. More than 260 students play across three campuses each week at City College where BTTC provides coaches for six weekly sessions. And the King Alfred 50+ session has an average of 40 players each week.

The men and women it works with are able to build a programme of sessions based on their own interests and aspirations through the Active Lives scheme.

The scheme promotes independence and learning a wide range of activities as well as giving people the ability to develop new networks and friendships. The activities include creative arts, work and skills, sports, leisure and healthy lives.