Fears for primary school as march of the HMOs reaches Bevendean

Fears have been raised that a clutch of new student houses in a Brighton suburb could spell trouble for its primary school. 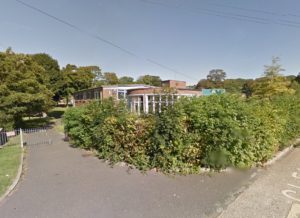 In the past six months, three applications have been made to convert family homes in just one road, Plymouth Avenue, Bevendean, into houses of multiple occupation (HMOs), typically used by students.

There are already two registered HMOs in the street, with residents saying they have reported several more unauthorised shared houses to the council, while in neighbouring streets Auckland Drive and Heath Hill Avenue, there are yet more.

While residents fear a concentration of student housing could lead to commonly raised issues such as loud parties and poorly managed refuse, their main concern is for undersubscribed Bevendean Primary School, which could face falling pupil numbers – and therefore funding – if family homes continue to be turned into student housing.

Meanwhile, the area has just lost its surgery after private healthcare provider The Practice Group pulled out of five Brighton surgeries, including The Practice at The Willows in Heath Hill Avenue.

That surgery had already been under threat from a threatened rent hike from its landlord, who has permission to build a block of purpose-built student rooms on the site.

Resident Drew Bolton said: “We are passionate about trying to keep the estate as a family estate and the developers know that planning can’t keep up with it and are going against the rules and regulations, and then going to appeal.

“My main concern is that that school will struggle. I was told by people that have children that the school is undersubscribed and if there’s not enough family homes, there won’t be enough children.

“Two of my friends have tried to buy homes as first-time buyers in the last year and both have been outbid by developers.”

Mr Taylor said that one family living in the street moved out last year after continued issues with one student house, to which police were called out to late night parties more than once, and where 80 bin bags were left in the garden.

Another resident, Jayne Van Rensburg, said: “The Friends of Farm Green are working extremely hard to raise funds to improve the play area in Bevendean, but what is the point if the council continue to grant HMOs on every other house?

“There will be no families here. It’s already too expensive to rent a family house as greedy landlords cash in on students. It’s destroying our community and needs to stop.”

And another, objecting to one of two new applications, said: “In recent years I have seen a massive change. There are fewer children, evidenced by the local primary school reporting ever decreasing applications received for their new intake and resulting in the nursery shutting half of the week from September 2015 due to lack of numbers.

“I understand that if this trend continues the school will be forced to adopt a single form intake and therefore will have surplus teaching and support staff resulting in redundancies.”

Bevendean is already part of the area covered by special planning rules which means both small and large shared houses need planning permission, which will not be granted if more than 10 per cent of houses in a 50-metre radius are already HMOs. 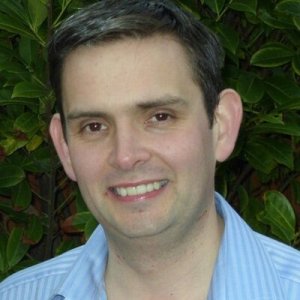 Number 2 Plymouth Avenue, a three-bedroom bungalow, was granted permission to operate as a three-bedroom HMO last year, and since then substantial extension works have started.

A survey then found there were already 7 per cent HMOs in the 50m radius around the address. It will therefore be difficult for the owner of the house next door, which is now also the subject of an HMO application, to get planning permission as number 2 means there are now 11 per cent in a 50m radius. To date, 15 people have objected to the plans.

Meanwhile, the owner of number 2, George Birtwell, has also applied for permission to convert number 51 into an HMO, with supporting documentation showing that there are currently no licensed HMOs in a 50m radius – although neighbours argue there is at least one unauthorised one and another lies just outside the 50m boundary.

Mr Birtwell’s consultants Lewis and Co said: “Some roads in Moulsecoomb and Bevendean and other areas around the two universities have become over-concentrated with HMOs serving the large student population of Brighton and Hove.

“In the interests of maintaining balanced and healthy communities the council’s intention is to spread HMOs across these areas so roads are not saturated by this type of housing.

“However, the council also recognises the importance of HMOs in the housing stock as they provide an important and affordable type of accommodation for many of the city’s residents.

“While it is probable future tenants of the shared house would be students due to the proximity of the house with the universities it would be unreasonable to assume this would bring noise and disturbance, especially as the house has three bedrooms and therefore caters for a small group.”

Moulsecoomb and Bevendean ward councillor Daniel Yates said: “The ward has always been affected by HMOs and that pressure appears to be moving out into areas which haven’t traditionally been affected. Because property prices are still comparatively low in Bevendean and rents are still relatively high, it gives developers the chance to get in there and become part of the 10 per cent.

“People in Bevendean have seen the impact that HMOs have had in other parts of the city and they’re also concerned about Bevendean Primary School and the loss of more school places. Applications are already quite low because there are more older people here than there were 20 years ago.

“The community has just lost The Willows surgery and the last thing they want to lose is the school. It’s not at risk at the moment but if HMOs start to proliferate around Bevendean then that will put school numbers at risk.”

The subject is due to be discussed at a meeting of the Bevendean Local Action Team (LAT) at 6.30pm on Monday (27 June) in the church hall in Norwich Drive.