A mother was shocked to find a metal screw in her six-year-old’s lunch at a Burger King restaurant in Brighton.

Amy Ridpath had taken her daughter Isobel to the North Street Burger King branch after she asked to eat there as a treat.

They ordered a children’s hamburger meal and as they were eating Ms Ridpath noticed a metal screw among the fries at the bottom of her daughter’s meal bag.

She said: “I was sitting with my daughter and all of our bags so I asked a passing member of staff to report what I’d found to the manager as I didn’t want to leave my daughter or the food unattended. She came back and put another toy on the table as an apology.”

The pregnant mother of one felt this was an unacceptable response to her complaint.

She said: “I felt shocked with how lightly they took the issue. To find a screw in a child’s meal and to have a toy given to us does not seem enough. It was lucky I noticed the screw before Isobel got hold of it.” 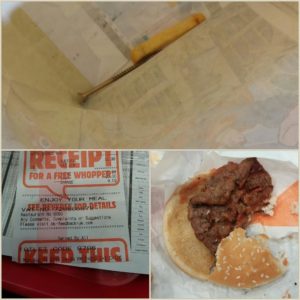 She said that the meal was of poor quality, adding: “The burger was cold, broken mush in a stale bun and the chips were stone cold.”

Before leaving the restaurant Ms Ridpath took photographs of the screw, meal and receipt and has complained to Burger King via their Facebook page.

She said that she shared the complaint on her Facebook profile too, because she “wanted to let other parents know that they might want to reconsider buying their children food there because the quality was shocking as well as finding the screw”. 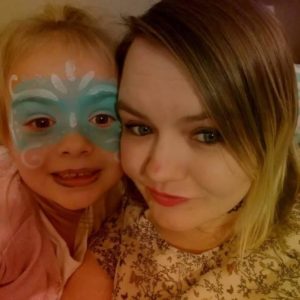 Burger King said: “Food safety and the safety of all guests is a top priority for Burger King restaurants globally.

“We have strict food handling procedures in place and, while this appears to be an isolated incident, we take this matter seriously.

“We are working with the franchisee, who independently owns and operates the restaurant, to reinforce our food preparation procedures and retrain staff.”