Brighton and Hove’s economic growth is being outpaced by the likes of Croydon, Darlington and Peterborough.

And six out of the top ten fastest growing local economies in the country were in London, according to research by the firm of accountants UHY Hacker Young.

But Brighton’s regeneration is going from strength to strength, according to the firm, which has an office in Church Road, Hove.

Croydon, in south London, topped the list of 184 areas as Britain’s fastest growing local economy with an annual growth rate of 9.3 per cent.

This compared with 3 per cent for Brighton and Hove, which was 93rd on the list. Its growth rate was below the national average of 3.4 per cent.

UHY Hacker Young used a measure known as gross value added (GVA). It counts the contribution made by an area to the UK economy based on the value of the goods and services produced per person. 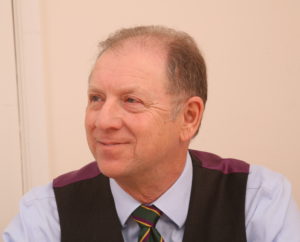 Richard Simmons, a partner at UHY Hacker Young, said: “Brighton’s regeneration is going from strength to strength and it really is beginning to rival Shoreditch in attracting technology companies.

“Brighton has reinvented itself over the last ten years and is attracting a wide range of businesses to the area – and with close proximity to London has quickly become a commuter hotspot.

“Over the last two decades, significant resources have gone into Brighton’s regeneration including improving its transport connections with the rest of London and the UK.

“With such close proximity to Gatwick, Brighton is perfectly located for both international trade and European-based companies looking to open a UK base.”

The firm – Britain’s 15th biggest accountants – said: “Traditionally renowned for its popularity as a tourist destination, Brighton is quickly evolving into a vibrant tech hub, seeing a significant regeneration over the last ten years.

“Brighton is now home to over a thousand digital, creative and technology companies alone.

“A significant hub for technology and fintech companies, Brighton and Hove is often called the Silicon Beach of the United Kingdom.”

The firm said that examples included

Mr Simmons added: “Central London firmly remains the powerhouse of the nation’s economy, with outer boroughs such as Croydon now joining more areas such as the City of London and Silicon Roundabout as centres for economic growth.”