Three charged over Brighton hit and run which shocked country

Three people have been charged in connection with a hit and run in Brighton earlier this year, which shocked the country when harrowing CCTV footage of the victim being flung in the air was released by police. 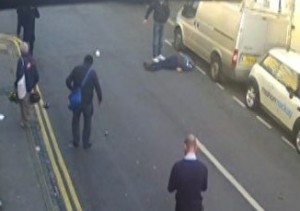 The hit and run happened at about 3.40pm on Thursday 14 January when 53-year-old Andy Payne, from Hove, was hit by a Fiat 500 as he crossed Montague Place in Kemp Town.

The Fiat was being driven along Bristol Road before turning left into Montague Place where it hit Mr Payne as he crossed the road. It didn’t stop at the scene and carried on along Montague Place and turned right into College Street. Thankfully Mr Payne has recovered well from his injuries.

Adam McDermott, 32, a builder, of Vernon Terrace, Brighton, has been charged with dangerous driving causing serious injury, failing to stop at the scene of a collision, conspiracy to pervert the course of justice, driving with no insurance and driving without a licence.

Robyn Burns, 29, unemployed, of Vernon Terrace, Brighton, has been charged with conspiracy to pervert the course of justice.

Clark Walker, 31, unemployed, of Ditchling Rise, Brighton, has also been charged with conspiracy to pervert the course of justice.

A 57-year-old woman who was arrested on suspicion of attempting to pervert the course of justice has been released without charge.

The three people who have been charged are due to appear at Brighton Magistrates’ Court on Thursday 15 December.

Sergeant Dan Pitcher, from the Sussex Police Road Policing Unit, said: “The decision to release such dramatic CCTV footage at the time was not an easy one to make. However, the response from the public and media has been overwhelming.

“After a significant inquiry, we have now charged a number of people in connection with the hit and run.”