A Brighton music pub served with a noise abatement notice after staging DJ nights which ended in the early hours of the morning has undergone a change of hands – and the new landlord has vowed to keep gigs going, but not upset the neighbours. 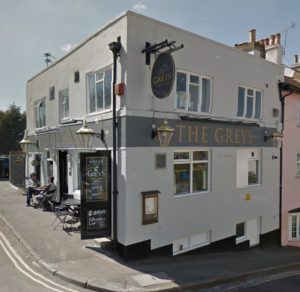 The Greys on Southover Street was issued a noise abatement notice on June 8 this year after two formal complaints from people living in some of the many houses around the pub in March.

The then management took immediate steps to reduce the number of live music nights and considered building a porch to reduce noise from people going outside to smoke.

Three weeks ago, new landlord Richard Carter took the helm, and he says he now wants to see a return to the pub’s former ethos of staging quality music in a way that respects its residential setting.

Mr Carter said: “There have been historically noise issues which should never have come around because the previous management shouldn’t have been doing what they did. I am not going to put a band with big drums on on a Saturday night. That’s the difference.

“We are going to try to run it like it was in the past. We did a night on Tuesday which was stunning and really good quality musicians.

“I’ve spent a lot of time doing it up and making it more family friendly. I’m not trying to take anything away from the pub because I love it too.”