City College chief to take charge after merger with Northbrook

City College chief executive Nick Juba has been chosen to take charge after the merger with Northbrook College, it was announced today (Friday 18 November).

The final decision on whether the two further education colleges should join forces formally is expected to be taken next month.

But in the meantime Mr Juba, who previously chaired the board of governors at Northbrook College in Worthing, will become the chief executive designate.

It would have a budget of about £40 million a year, with campuses in Pelham Street, Brighton, and Whitehawk as well as Shoreham and Worthing, with a single executive team and governing body. 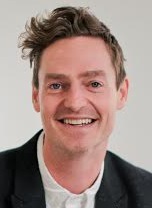 A consultation exercise ended yesterday (Thursday 17 November) with staff, students and the public being asked whether City College Brighton and Hove should merge with Northbrook.

The proposed merger comes as the government carries out a review of post-16 education, including the further education sector.

If a merger is approved, the move is expected to save money on back office, senior management and support service costs, enabling more money to be spent on teaching and learning.

Ian Lowrie and Julie Nerney, who jointly chair the designate board, said: “In preparation for the potential merger between Northbrook College and City College, the boards of both organisations have appointed a CEO designate to lead the new institution.

“Following a two-day recruitment process, which included feedback from students, staff and external stakeholders, Nick Juba was successful in his application for the role.

“He will take this on in addition to his responsibilities as CEO of City College, pending the final decision to merge which will be made in December.

“The new college is very lucky to have appointed such a talented and visionary leader who is committed to bringing to life the ambitious strategy set out in the case for merger.

“We look forward to working with Nick in this transitional period in order to put in place strong foundations for the new Metropolitan College. 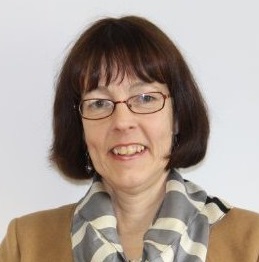 “While this appointment is for a new organisation, we understand that bringing together two existing organisations will be critical to its success.

“We are pleased, therefore, to confirm that Nick has requested that Sue Dare, current principal of Northbrook College, stay on in the new organisation in a temporary transitional role.

“Sue will provide much-needed continuity during the initial period and we would like to express our thanks to her for agreeing to take up this role.”

The recruitment process for other senior roles within the new college is now expected to start. This will be led by a single board and executive team.

The aim is to have the new senior team in place and ready to plan for the new academic year, if the proposal to merge is confirmed.

Both current boards said that they were keen to “retain the considerable talent in both organisations for the benefit of the new college”.

They said: “The public consultation on the merger ended yesterday and the responses, together with other information, will be given full consideration before the final decision on the merger is announced in December.”