Four dads have built a sleigh to travel across Brighton and Hove next week to raise money for charity.

Father Christmas and his elves will visit various parts of the city to raise money for Tourettes Action which raises awareness and supports people with Tourette syndrome. 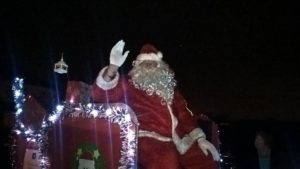 Event organiser Trevor Horn said: “We are raising money for the charity inspired by a young lad called Conner Fitzgerald who has Tourettes. He has had a very hard time and we want to bring more awareness and understanding to people about the condition.”

Conner will be sat with Santa on some of the nights helping to raise money. The sleigh will be visiting Bevendean and surrounding areas including Coldean, Hollingbury, Hollingdean, Moulsecoomb and the Bates Estate.

The sleigh took three days to build and decorate, with materials donated by B&Q. And the number plates were supplied by Halfords. 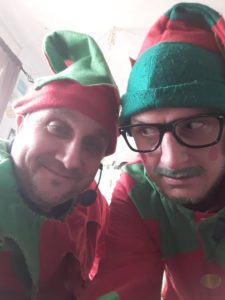 Mr Horn said: “We have a band called The Likely Dads and we did gigs around Brighton and area. It started off as a charity band, raising money for local schools, etc. When the band split up Dick and I wanted to do something on top of continuing with the band, so The Likely Dads Productions was born. 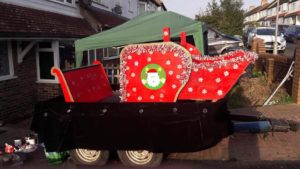 “We want The Likely Dad Productions to help local schools / charities to raise money without costing them money to do so. If you want a couple of clowns to turn up and entertain you then that is what we plan to do. We want to get local communities helping each other out without the need of large sums of money. We raised money for teenagers who sleep rough with a Halloween event and now it’s the turn for Christmas.”

More information and a full timetable of the sleigh tour can be found on the Likely Dads Production Facebook page.