Albion are top of the Football League tonight, 20 years after they were rock bottom of it.

They won thanks to a penalty in each half, the first from Glenn Murray after a deliberate hand ball and the second late on from Tomer Hemed after Lewis Dunk was pulled down.

Leeds United came to the Amex as the Championship’s form team but didn’t muster a shot on goal.

Leeds tried their best to unnerve Albion, winning  the toss  and forcing Albion to kick towards the north goal in the first half, something Albion have done only a handful of times since the Amex opened. But it was Albion who were the dominant force.

Oliver Norwood, who was in the team in the place of Steve Sidwell, fired in a couple of dangerous-looking free kicks from the edge of the area, with Shane Duffy and Glenn Murray just failing to collect respectively.

As Albion continued to press they won a succession of corners. As Anthony Knockaert swung one in so Sam Baldock tried to fire it goalward. Rob Green flapped at it. Kalvin Phillips then simply the batted the goalbound shot away with his arm.

The referee had little hesitation in giving Albion a penalty and Phillips a red card.

Glenn Murray slotted home the penalty for his 12th goal of the season. 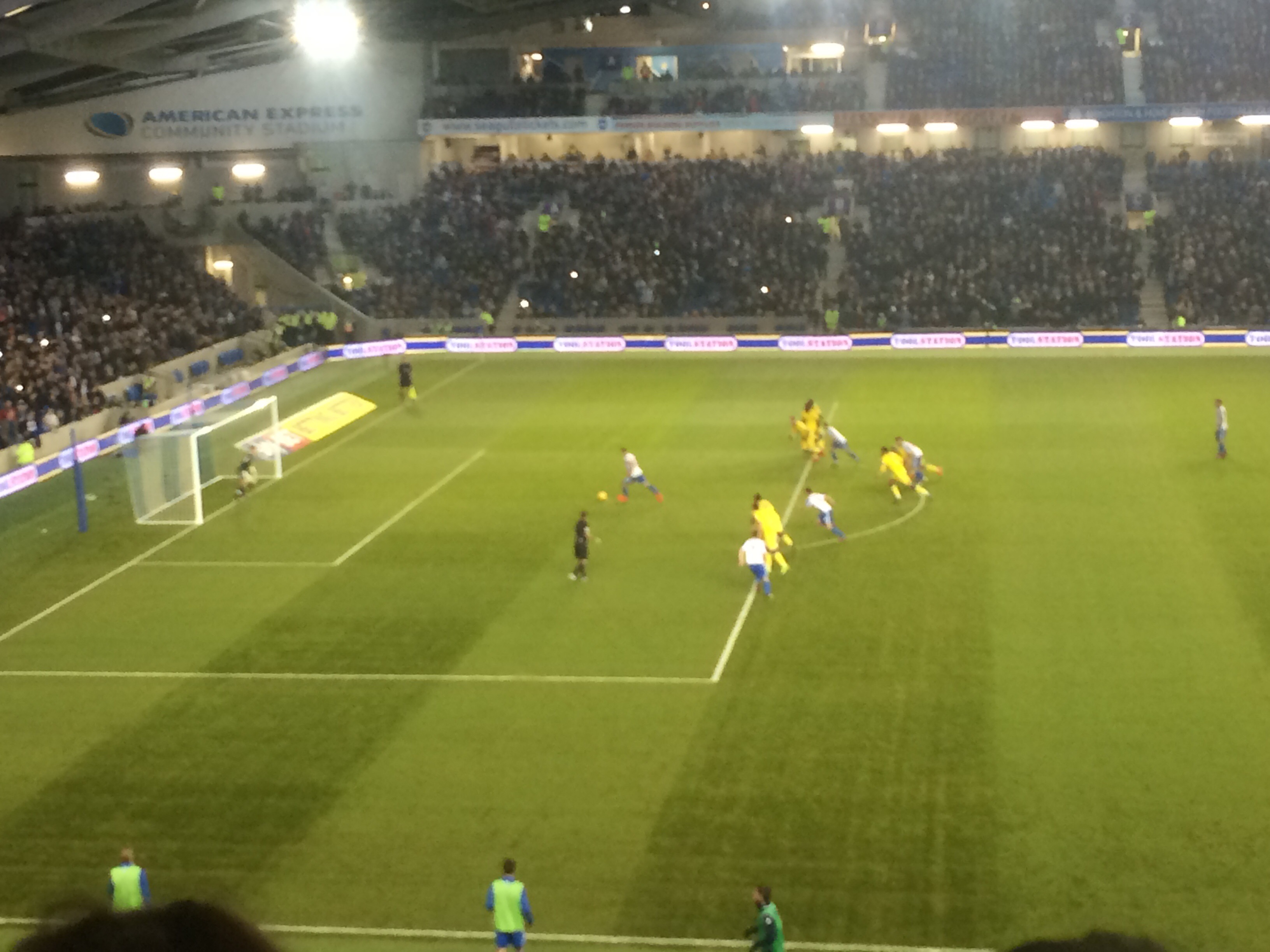 Leeds continued to offer little as Albion pressed for a second.

Murray poked a Jamie Murphy cross goalwards with the outside of his boot. Green tipped the effort over.

Leeds’ best effort of the half, if not the match,  came as Hadi Sacko miscued a shot that fell to ex-Albion striker Chris Wood who also miscued and  the ball ran wide for a goal kick.

Albion picked up the  momentum early in the second half.

But for all their possession the Seagulls couldn’t increase their lead.

Shane Duffy was the unlikely scorer of a disallowed second as he was adjudged offside as he planted a Knockaert corner into the net with his head.

Leeds still weren’t much of a threat when Stuart Dallas joined the fray.

Duffy had a another chance from a Norwood cross, but headed straight at Green.

As Albion continued to press, Kyle Bartly tangled with Lewis Dunk from a free kick and Albion won a second penalty.

Substitute Tomer Hemed stuttered and shimmied, then fired past Green for 2-0. 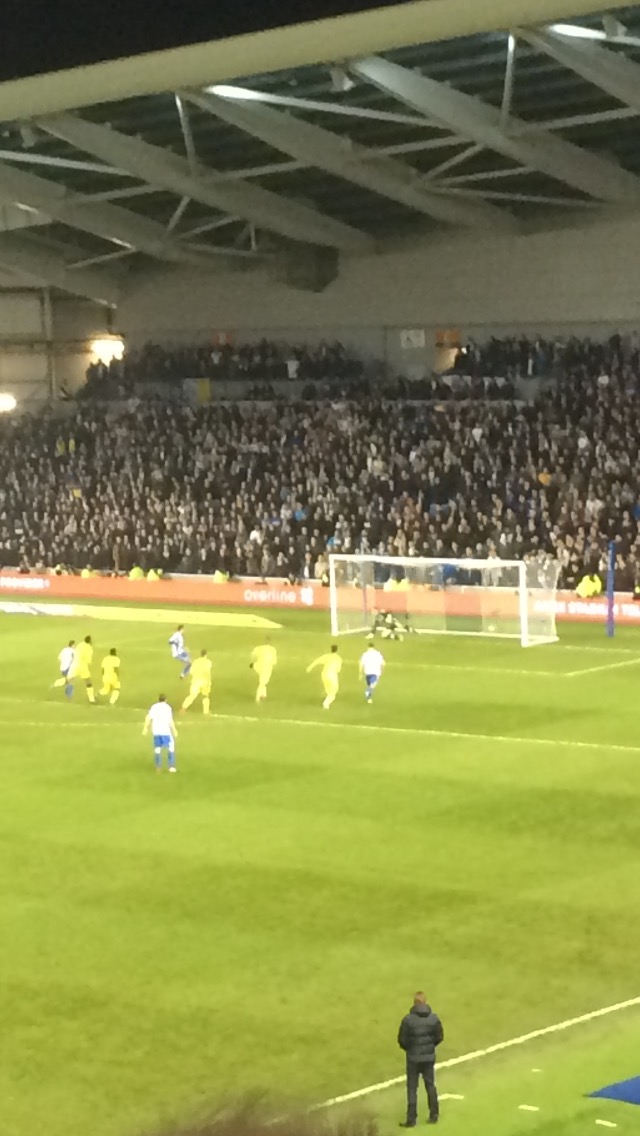 Leeds had far more possession in the closing minutes but still couldn’t force David Stockdale to get his hands or knees dirty.