There has been widespread criticism of previous announcements, and this White Paper marks a major shift in government policy.

I welcome the new direction of travel but feel that the destination will be a real disappointment to anyone who was hoping that we were to see major progress in the supply of affordable homes for rent, especially the absence of the much needed commitment to a return to council house building.

It is as if the promise of a beautiful beach holiday ends up being the seafront in Bognor Regis on a wet Tuesday afternoon in September.

I welcome the £3 billion nod in the direction of off-site construction, something I have advocated for several years and have seen working well with BHT’s partners such as QED and KSD.

I am not opposed to developments with greater density, especially in areas such as Brighton and Hove with high demand and limited land. 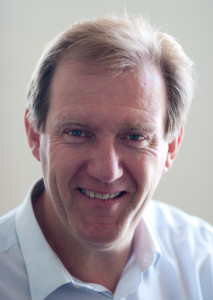 I welcome the decision to abandon the Conservative Party’s manifesto commitment that 20 per cent of all homes in new developments should be starter homes. This was a flagship commitment of David Cameron, in the 2015 manifesto, to build 200,000 of starter homes by 2020.

The thinking behind dropping this manifesto commitment must be a recognition that if a development has 20 per cent starter homes, there would be no capacity for any other form of social housing.

Not to abandon the “right to buy”, and to persevere with extending the scheme (albeit extremely cautiously) to housing associations, are both Bognor Regis moments.

Worse still, the government has indicated it now wishes to extend the right to buy to councils’ private housing companies.

Bullish statements have been made about forcing local authorities to ensure that there are plans in place and the bizarre threat of the chair of the Homes and Communities Agency to “cane” those that do not deliver, all sounds a bit hollow.

I had hoped the government would have returned powers to local authorities, backed up by capital investment, to build new council houses.

The green belt is being given protection but developments will be allowed “in exceptional circumstances”.

What greater exceptional circumstances are there than a housing crisis on a scale that this country has never known! If it is true that Surrey has more land given over to golf courses than housing, then I won’t weep if some green belt is lost.

On the private rented sector, if powers are given to local authorities to impose banning orders on the worst landlords, such powers must be backed up by resources to allow councils to enforce this and for independent advice agencies to enforce the rights of tenants.

Rights are only as good as the ability to enforce them. Otherwise they are hollow threats.

The ambition of the plan, and the fanfare it has been given, is not matched by planned delivery and, even though there are aspirations to build the homes the nation needs, it sounds similar to previous statements and aspirations.

The private sector isn’t going to deliver the homes that are needed – social homes for rent.

In 30 years I have seen housing white papers come and go. The 2016 white paper, I fear, will not live long in the memory, a bit like a damp Tuesday afternoon in September in Bognor.