Police hunt Brighton drug dealer to return him to prison

A Brighton drug dealer is being hunted by Sussex Police who want to return him to prison.

The force said: “Police wish to trace Darren Michael O’Donnell, 35, who is wanted for recall to prison and who was last seen on (Tuesday) 16 May begging in New Road, Brighton. 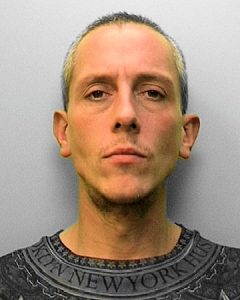 “O’Donnell was jailed for 20 months on (Tuesday) 26 January 2016 for conspiracy to import controlled drugs.

“He was released on licence on (Friday) 4 November last year, with a sentence end date of (Sunday) 3 September this year.

“During his release on licence he has failed to attend appointments with his probation officer and consequently was recalled to prison on (Friday) 12 May.

“He is white, 5ft 7in, of skinny build, with brown hair and hazel eyes.

“When last seen he was wearing a dirty blue and cream long-sleeved shirt, electric blue chinos and bright blue sunglasses with yellow arms.

“He was carrying a brown rucksack and looked generally dishevelled.

“His last known address was at St John’s Mount, Mount Pleasant, Brighton, but he may also be in the Crawley area.

“Anyone seeing O’Donnell or knowing of his latest whereabouts is asked to email 101@sussex.pnn.police.uk, report details online at https://sussex.police.uk/appealresponse or phone 101.”