Brighton students are urging families to join them to take part in a ground-breaking and award-winning dementia care project.

The project is called Time for Dementia. The organisers pair families affected by dementia with undergraduate students studying healthcare. 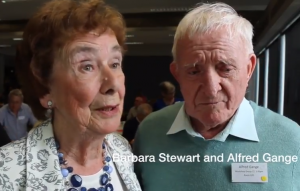 The aim is to help the student to gain a better understanding of living with dementia and develop skills to provide better care for patients and their families.

The project was celebrated at Sussex University on Wednesday (31 May) when more than 320 health students joined 90 families affected by dementia.

Professor Sube Banerjee, director of the Centre for Dementia Studies at Brighton and Sussex Medical School (BSMS) and the Sussex Partnership NHS Foundation Trust, who leads the project, said: “Until now, while we’ve made huge strides in areas of medicine such as treatment for cancer, there has been little focus on improving care for long-term conditions such as dementia.

“Time for Dementia is helping healthcare students to understand what it is really like to live with a long-term health condition by building up a relationship with a family with dementia over two years.

“From this, students learn to develop compassion and understanding of long-term conditions and are better equipped for their future careers as health professionals, ultimately leading to better care for people with dementia and their families.”

The programme has been running with nursing and paramedic students at BSMS and at Surrey University since 2014.

BSMS said: “As a result of its early success, it will be rolled out throughout Kent, Surrey and Sussex on a much larger scale over the next five years.

“Forming part of the training for nursing, occupational therapy, paramedic science, physiotherapy, radiography and speech and language therapy students at the universities of Brighton, Greenwich and Canterbury Christ Church, it is expected to reach a further 1,600 students over the next five years.”

Families taking part in the project are visited by a pair of students three to four times a year over a period of two years.

The programme aims to improve student knowledge, attitudes and empathy towards people with dementia and their care-givers, leading to better future care.

One couple who have taken part, Pippa and Rob Stanley, have been involved with the project for the past two years and are about to take on their second pair of students.

Mr Stanley said: “Since Pippa was diagnosed with dementia in 2011 we have been bounced around like medical pinballs and there has been a real lack of continuity and joined-up care.

“Having two nursing students visit us over past two years has been productive for us as well as for them.

“By talking to students, not only are they able to gain an insight into your life, it can help clarify your own insights too.

“Sometimes it might even be the first time you’ve voiced a thought – the relationship is very much a two-way street.

“We talk around how things have changed and evolved since the last visit as over two years there’s an evolution of the condition. 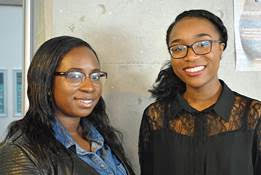 “As time has gone on the students seem to have more of an understanding of what it feels like to have dementia and what life is like for us.

“I think it’s helped them develop empathy and understanding both for Pippa and me as her carer.”

Nursing students Esther Oduwole and Asheika Rhoden-Richards said that the project had helped develop their confidence and communication skills in dealing with people with dementia.

Asheika said: “You learn how to listen and how to speak sensitively to people with dementia.

“On the wards we’ll see people with the condition but you don’t build up a relationship with them – this gives us a real insight into it.”

Esther said: “It’s good to have that continuity – and to build a relationship with the family as well. It really teaches you empathy and compassion.”

BSMS said: “There are currently an estimated 800,000 people living with dementia in the UK and, with this figure set to rise to 1.7 million by 2051, people with dementia will be increasingly significant users of healthcare services.

“Similar programmes have been set up in the US. However, these have been small in scale and offered as an optional rather than a mandatory component of the curriculum and have only been run in medical schools.

“This is the first UK programme, and the first worldwide to form a mandatory component of health professional training across a range of disciplines.

“The programme has already won the Best Dementia Training Initiative Award at the 7th National Dementia Care Awards 2016 and the Laing Buisson Award for Excellence in Training.

“It was also shortlisted for the Medical Education and Training Award as part of the Royal College of Physicians 2017 Excellence in Patient Care Awards.

“If you would like to know more about the programme, or if you know a family who would like to take part, please contact Dr Stephanie Daley at: s.daley@bsms.ac.uk or Lauren Merrison at the Alzheimer’s Society at timefordementia@alzheimers.org.uk on 07713 779582 or via Join Dementia Research at https://www.joindementiaresearch.nihr.ac.uk.”