A loud bang heard over large parts of Brighton could have been a controlled explosion of an unexploded bomb found in Bevendean. 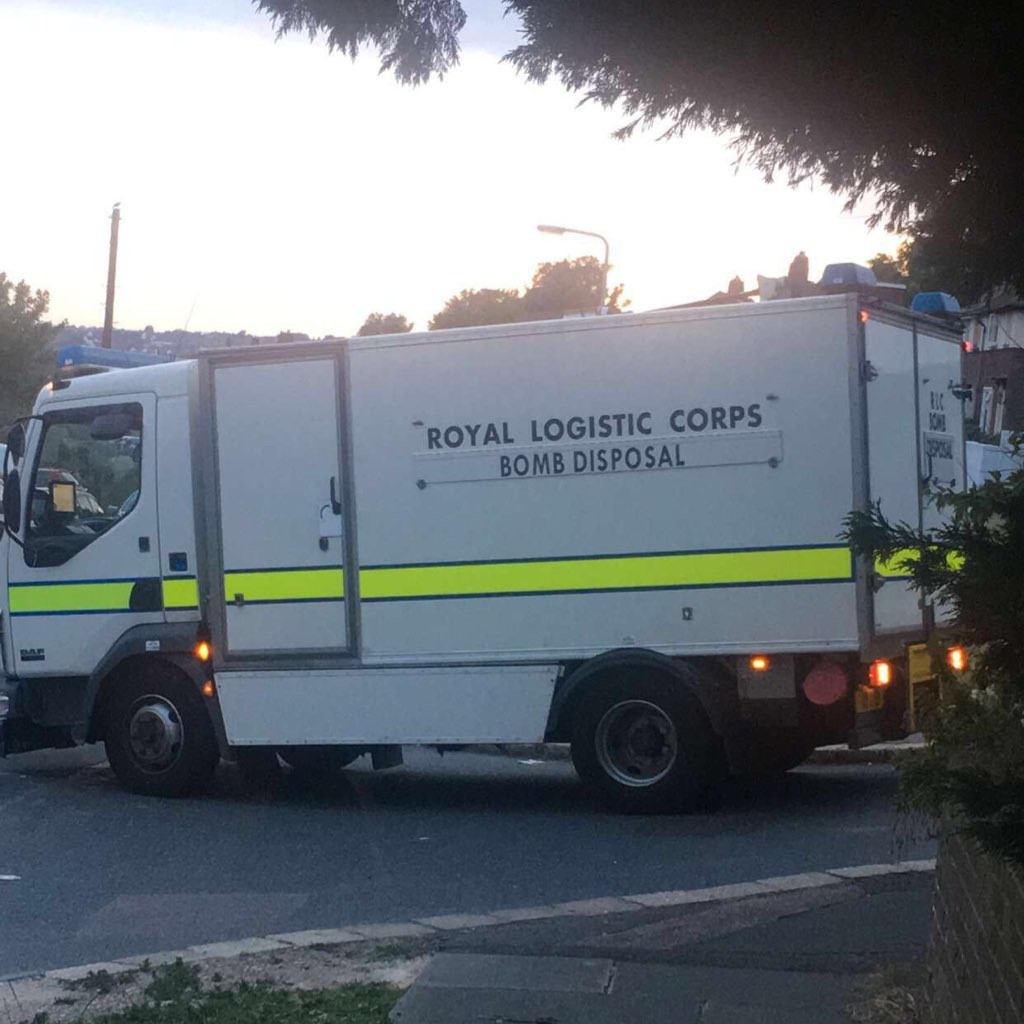 The bang was heard in Patcham, Hollingbury, Hollingdean and elsewhere at about 9.45pm tonight.

Sussex Police control said they were not aware of any incidents in the area – but the bomb squad was spotted in Bevendean earlier in the evening.

There are also several unconfirmed reports of a controlled explosion on Ditchling Beacon at the time the bang was heard.

Loren Evans, who lives in Norwich Drive, in Bevendean, took this picture of the Royal Logistic Corps bomb disposal van in her road, near the junction with Hogs Edge.

She said: “This was on my road just before the bang, they put something in the back then drove off very slowly.”

Several people have said there was a controlled explosion, with the location placed at either the Hollingbury Industrial Estate in Crowhurst Road, or Ditchling Beacon itself.

Brighton and Hove News will contact the army tomorrow to establish whether these reports are correct.