Pssssst……………….10 forthcoming music albums that you might not know about! 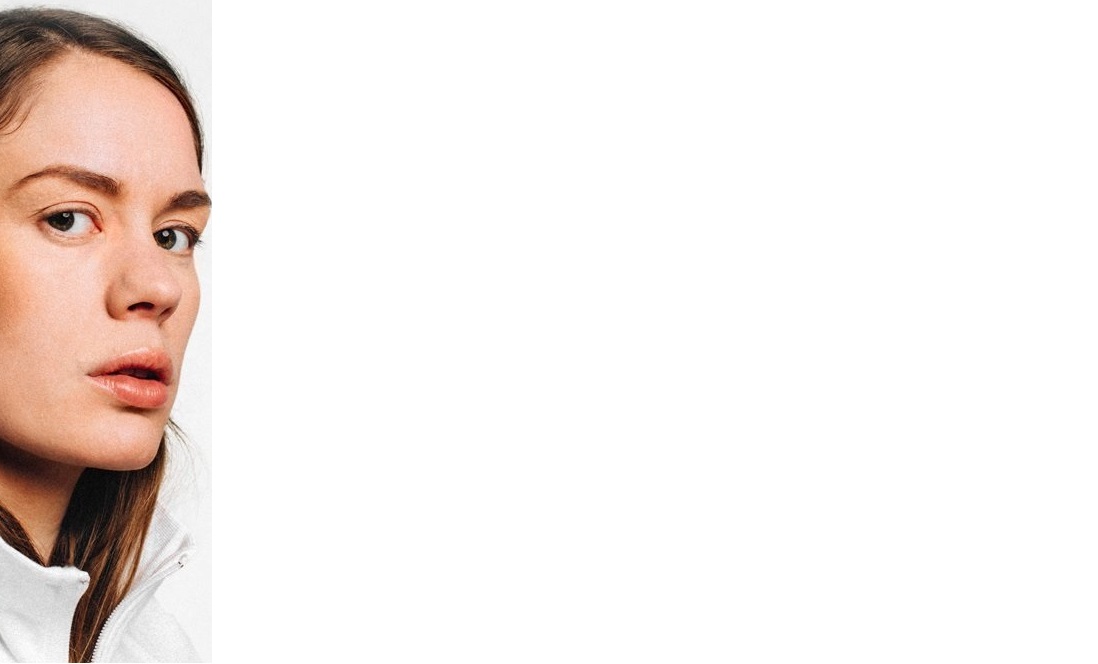 There’s a plethora of albums coming out all of the time in the UK and it can be rather daunting in choosing which ones will best suit your taste!

It’s more than likely you are aware of the summer album releases by really well known acts such as the Foo Fighters, Liam Gallagher, Calvin Harris and Dizzee Rascal, but here we have looked outside the box so to speak and come up with 10 album releases that quite possibly might be under your radar!

So in alphabetical order we have: 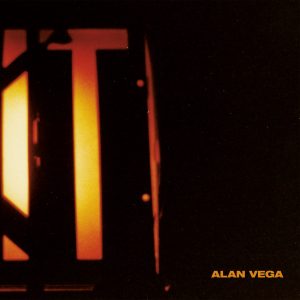 Boruch Alan Bermowitz aka Alan Vega is sadly no longer with us, having passed away in his beloved New York City on 16th July last year aged 78. He was one half of the electronic proto-punk outfit known as Suicide (with Martin Rev) and in 1970 he referred to their music as punk music. Their sound was amateurishly minimalistic and confrontational and ahead of its time. Even in 1978 fans of Elvis Costello, who they were supporting in Belgium, couldn’t stand them and took away Vega’s microphone. I discovered them as late as the mid-1980’s via Sigue Sigue Sputnik. The IT album will be out on 14th July and is Alan’s final statement of nine tracks that he recorded from 2010 to 2016 with his wife Liz Lamere. This album is likely to be enjoyed by fans of Suicide, Iggy Pop, DAF (Deutsch Amerikanische Freundschaft), Cabaret Voltaire and Sleaford Mods. Want more info try here: www.thefader.com/artist/alan-vega 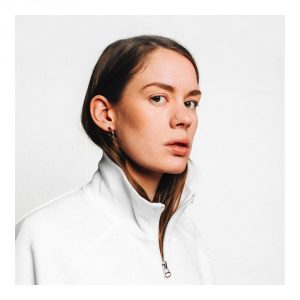 Anna Of The North – Lovers:

The three members of the live band Anna Of The North met in Melbourne, Australia but in fact are from Oslo, Norway. But image-wise they appear as just singer Anna. There is a definite Scandinavian pop sound going on here. They have already visited Brighton for the Great Escape and I was fortunate enough to see them play live on 19th May 2016 at Horatio’s on the Pier. Lovers will be the debut album release and has 10 pleasant songs on it (but alas not my fave track called Oslo) and should be available to purchase on 8th September. This album is likely to be enjoyed by fans of Sigrid (Solbakk Raabe), Dua Lipa, Lorde, Emilie Nicolas, Astrid S(meplass) and CHVRCHES. Want more info try here: www.soundcloud.com/annaofthenorth 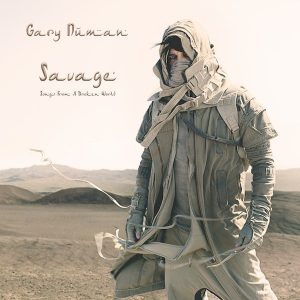 Synth legend Gary Numan will be hoping to emulate the top 20 chart success of his previous album released four years ago entitled Splinter (Songs From A Broken Mind), with his forthcoming Savage album. The new album will finally appear on 15th September as it has alas has been delayed primarily due to the sad loss of his mother Beryl, whom I had the joy of once speaking to and she was a kind and pleasant lady. The album is the result of a Pledge campaign, whereby more and more artists raise funds in order to release an album etc. At the time of writing he has achieved an impressive 249% of the required monetary target, which no doubt has allowed him to release the album in several formats. There will be the standard 10 track CD, an 11 track deluxe CD and a 12 track vinyl album. This album is likely to be enjoyed by fans of Nine Inch Nails, Marilyn Manson, Nirvana, Foo Fighters, Ultravox! and Depeche Mode. He is playing Brighton Dome on 16th October. Want more info try here: www.pledgemusic.com/projects/garynuman 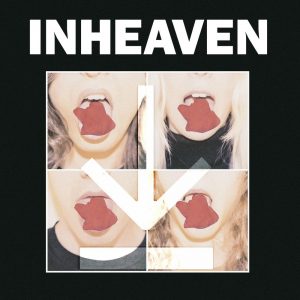 Hailing from South London, Inheaven are an indie four-piece shoegaze rock band of some calibre. They have already performed at Reading and Leeds festivals and in my mind should really go far. I have seen them play live three or four times now and it is interesting to be able to see them evolve. After releasing six singles, it was definitely time to release their debut self-titled album, which already looks like a greatest hits package. It will hit the record shops on 1st September and carries 12 tracks and is available from only £5 for the cassette version. It’s also on CD and transparent red vinyl. This album is likely to be enjoyed by fans of The Horrors, Smashing Pumpkins, Jesus & Mary Chain, Big Pink, My Bloody Valentine and Echo & The Bunnymen. They are playing The Haunt on 18th October. Want more info try here: https://inheaven.tmstor.es/ 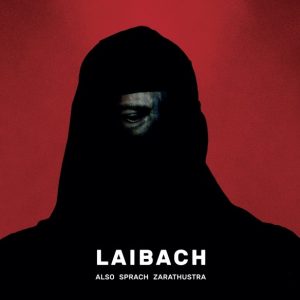 Hailing from Trbovlje, which is in industrial central-eastern Slovenia, Laibach formed in 1980 and have been marching their experimental avant garde dark wave path ever since. I can recall seeing the band members come out of the Theatre Royal in New Road, Brighton many years ago and them walking side-by-side along the street in front of me in their green workwear and jackboots and the crowds parting for them as they looked rather menacing. Thankfully, I eventually got to see them play live when they were promoting their previous and best album Spectre. The music for the new 12 track release will be out on 14th July and was originally created for a theatrical production of Thus Spoke Zarathustra (Also Sprach Zarathustra) based on Friedrich Nietzsche’s philosophical novel of the same name. Also Sprach Zarathustra is an update of the music Laibach created for the play, directed by Matjaž Berger for the Anton Podbevšek Theatre (APT) in Novo Mesto, Slovenia. This album is likely to be enjoyed by fans of Rammstein, Killing Joke, The Young Gods, KMFDM, Nine Inch Nails and East German marching bands. Want more info try here: www.facebook.com/Laibach 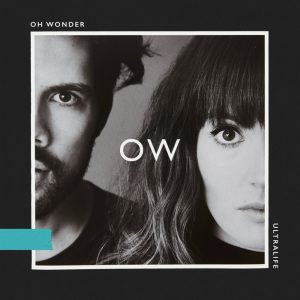 Formed in 2014, Oh Wonder were originally called Wonder Wonder and are an alternative-pop boy-girl (Anthony and Josephine) London based duo. They released one song each month from September 2014, which culminated in their much acclaimed debut self-titled album two years ago and it was a top 30 chart hit here in the UK and has gone on to sell half a million copies worldwide. In order to promote this new 12 track album which will be unleashed on 14th July, the duo are playing concerts in no less than 31 countries, so musical world domination is the order of the day. This album is likely to be enjoyed by fans of Aurora, Lana Del Rey, CHVRCHES, Amber Run, Rhye and MØ. Want more info try here: www.ohwondermusic.com 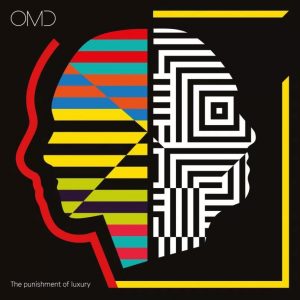 Orchestral Manoeuvres In The Dark (OMD) – The Punishment Of Luxury:

Formed in 1978, electronic synth-pop pioneers Andy McCluskey and Paul Humphreys aka OMD have in the main produced some of the very best music over the years, culminating in their 2013 album English Electric, which was their best album for 30 years. They were first brought to the public’s attention when supporting Gary Numan back in 1979, which I was lucky to witness at the Brighton Dome. I can remember some bloke in the audience shouting at that concert ‘we want live music’ when they turned on Winston their four track tape recorder. And so here we are all these years later, waiting the arrival of The Punishment Of Luxury on 1st September in order to hear all of the dozen tracks on the album, which incidentally is available in seven formats. This album is likely to be enjoyed by fans of Jonteknik, Kraftwerk, Pet Shop Boys, Information Society, Karl Bartos and Jean Michel Jarre. They are playing The De La Warr Pavilion in Bexhill on 15th November. Want more info try here: www.omd.uk.com 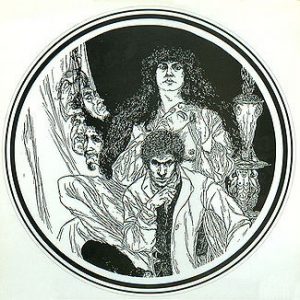 Psychic TV – Allegory And Self:

My mate Barry will hate me for this, but I have somehow avoided anything involving Genesis P-Orridge, the lead singer of Psychic TV. You know devil’s music and all that, but I had jumped to conclusions and listened to the press, whereas I should have investigated P-TV’s post industrial experimental work and philosophy further. Based on this re-release CD of their 11 track 1988 Allegory And Self album which is coming out on 14th July, it is looking mighty like that I have been missing out. I understand that one of the most complicated places on the planet is arguably inside Genesis’s mind and this at times is reflected in P-TV’s confrontational work. This album is likely to be enjoyed by fans of Throbbing Gristle, Chris & Cosey, Coil, Einstürzende Neubauten, Cabaret Voltaire and Soft Cell. Want more info try here: https://en-gb.facebook.com/psychictvptv3/ 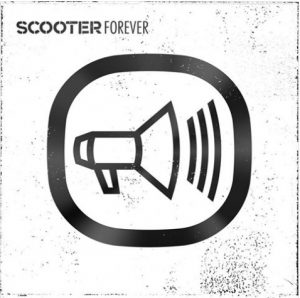 German techno/happy hardcore band Scooter have sold over 30 million records to date and have earned no less than 80 Gold and Platinum awards and are the most successful home-grown singles band in their homeland with 23 top ten hits. They started in 1994 and in 2017 they are still on the case. Strangely though, here in the UK their fame has come and gone, with their highlight being knocking Madonna’s Hard Candy album off of the number one album slot on 11th May 2008 with their Jumping All Over The World release. I have been a fan of theirs from the beginning and I was fortunate to see them perform live in Birmingham a few years back. Their sound is so uplifting and catchy and no doubt their new bumper packed Forever album, which will be released on 25th August, will bring more of the same. This album is likely to be enjoyed by fans of Darren Styles, Dune, Sash!, Basshunter, ATB and 2 Unlimted. Want more info try here: www.scootertechno.com 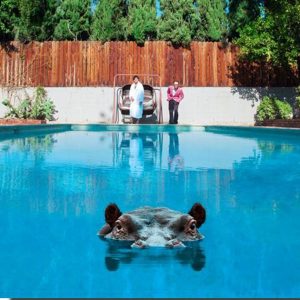 It’s an amazing fact that brothers Ron and Russell Mael have been performing as Sparks non-stop for 45 years! I was lucky to see them perform live a few years back at the Brighton Dome and still to this day keyboardist deadpan Ron brings a smile to my face, the guy is a cult-hero, especially when he gets up from behind his keyboard and briefly dances. They are very quirky indeed and some previous albums I can give or take and others such as Kimono My House, No.1 In Heaven, Music That You Can Dance To and Gratuitous Sax & Senseless Violins are total brilliance and deserve a place in any record collection. On the 8th September, their new 15 track Hippopotamus album will be unleashed and only time will see if it is a classic or not. This album is likely to be enjoyed by fans of Erasure, Telex, Yazoo, Franz Ferdinand, Yellow Magic Orchestra and Giorgio Moroder. Want more info try here: www.allsparks.com