A year on from the referendum, firms face a dull uncertainty

It is a year on from the referendum and, despite formal negotiations to leave the EU having begun, the ongoing political turmoil means the way ahead still looks unclear. 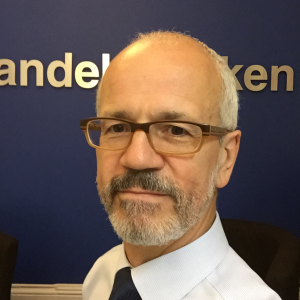 What does this mean for businesses and are big changes on the cards? Simon Nicholson, manager of the Hove branch of Handelsbanken, has been taking a look at the prospects.

If things go to schedule, the UK will officially leave the EU on (Friday) 29 March 2019. Whichever way you look, there are mixed messages about the likely impact of Brexit on the economy, reflecting the  reality for most firms of doing business at the current time.

A recent survey by the British Chambers of Commerce (BCC) found that business confidence has rebounded since the Brexit vote. This optimism was echoed by the latest Lloyds Business in Britain report which noted that construction and transport firms were feeling particularly optimistic.

The BCC upgraded its growth forecast for the UK economy in 2017 from 1.4 per cent to 1.5 per cent although it also said it believes growth will remain muted over the next few years.

Meanwhile, the fall in sterling triggered by the referendum vote has had both advantages and disadvantages for firms. A weaker pound is good news for UK exporters as their goods and services become more competitively priced.

Sectors that have particularly benefited include the auto industry, with the number of cars being built in Britain reaching a 17-year high in 2016, according to the Society of Motor Manufacturers and Traders (SMMF). Yet the SMMF also warned in January that a failure to ensure free trade agreements are in place following Brexit could decimate the car industry in the UK.

Falls in sterling also make it more expensive to import goods or services, hitting many companies hard. These costs either reduce firms’ profits or, if the increases are passed on to consumers, they risk losing business as a result.

Another issue facing both businesses and individuals is rising inflation. In May it reached close to a four-year high of 2.9 per cent, according to the Office for National Statistics, up from 2.6 per cent in April. Inflation is expected to peak at 3.4 per cent this year.

David Hotton, Handelsbanken’s head of treasury, believes this will have less of an impact longer-term than might be expected. He said: “The increase in inflation is likely to be a short-term issue rather than a serious concern for firms.

“There are a number of factors which will prevent it rising too much. These include the fact that wages are not going up. While we have high employment, much of this is down to short-term staff rather than permanent which effectively keeps a lid on wage inflation.

“Oil prices are a major cause of inflation for both businesses and consumers but they have also been coming down in recent months. The falling demand from the US, thanks to shale gas, and new technologies which have bought down the cost of extracting gas, mean oil is unlikely to increase in cost substantially again.”

An issue widely expected to be difficult to resolve during the Brexit negotiations is that of freedom of movement and what this will mean for the EU and the UK respectively. Many firms and business organisations have been lobbying the government to ensure that freedom of movement is a priority, warning that preventing companies from being able to employ EU workers could seriously damage their prospects and restrict investment. 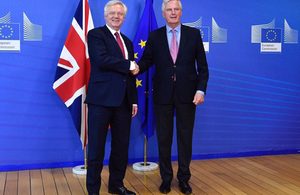 According to the ONS, the result of the referendum has already had a stark impact on foreign workers, with estimated figures showing that net migration from the EU to the UK stood at 248,000 in 2016, down some 84,000 from the previous year.

Business lobby group the CBI warned in June that businesses were putting their investment plans on hold because of the uncertainty. And, according to a recent report from Deloitte, published at the end of June, nearly half of all highly skilled EU workers could leave the UK within five years as a result of Brexit.

Yet there is no doubt that disruption can also lead to opportunities for businesses. New markets outside the EU may become more accessible to firms, with exporters looking further afield to relatively untapped markets. Meanwhile, businesses are still showing signs of confidence and consumers are still spending, despite inflation and wage stagnation.

While the economic – and political – uncertainty looks set to continue for the time being, the good news is that few experts believe we are heading for another recession.

David Hotton said: “We are still seeing growth globally and here in the UK. It may be slower than it has been but it is there. There will be disruption and uncertainty – and this will intensify if we do end up having another election – but fundamentally the UK is in a still strong position. Consumer spending is still helping business confidence. I do not expect there to be a significant downturn.”

Simon Nicholson is the manager of the Handelsbanken branch in Church Road, Hove.