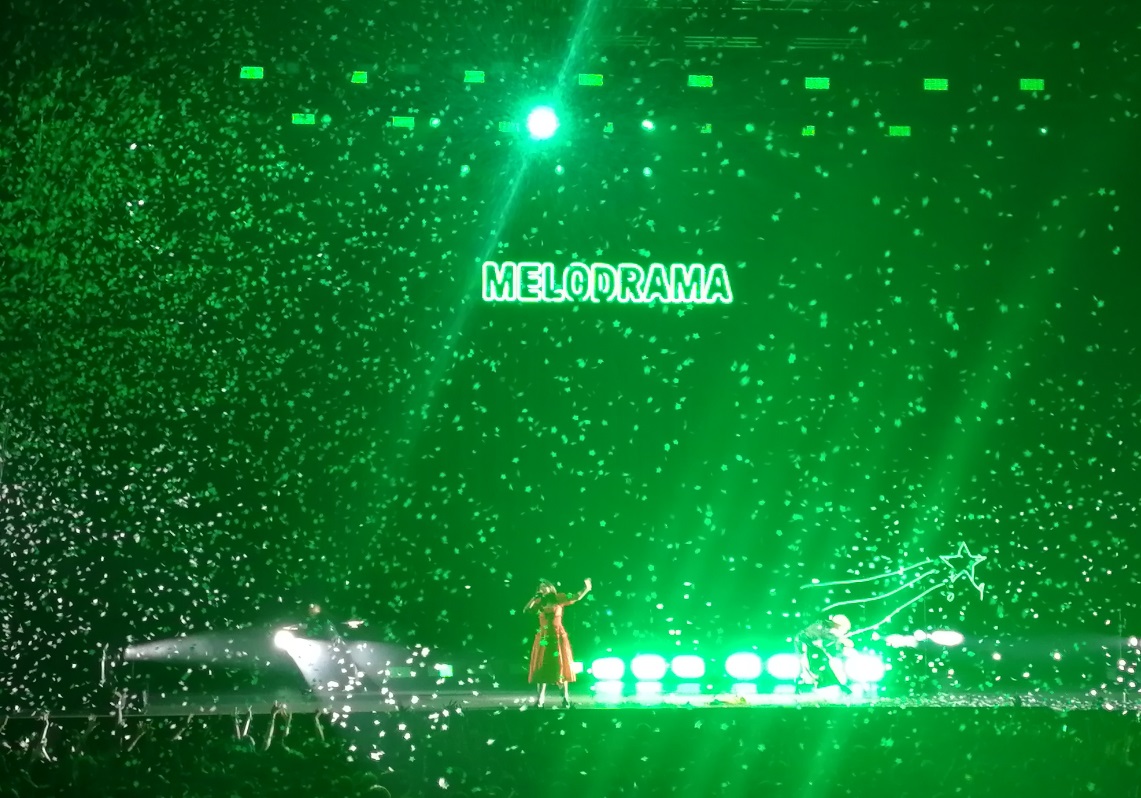 The support act of the 17 date European leg of the tour, which includes only 4 dates in England is 19 year old R&B boy Khalid Legend Robinson. Known simply as Khalid, this cool dude born in Georgia USA is one of several artists out there using the name Khalid, so I am reliably informed. The lad is the one that appears on the new Lorde track called ‘Homemade Dynamite’, which surprisingly didn’t get an outing tonight (duo opportunity lost for Khalid me-thinks). 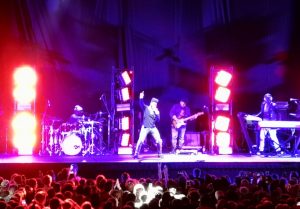 Tonight, Khalid with his distinctive high-hair look and relatively decent light show with his three pals were performing tracks from his debut solo album, the aptly named ‘American Teen’. This album is relatively unknown here in the UK as opposed to back in the USA, as it only slightly dented the UK album charts at number 81, whereas at home it hit an impressive number 4. He has had some UK chart action this year as part of the collaboration with Logic and Alessia Cara with the unusually titled ‘1-800-273-8255’ track in the singles chart. But one the evidence of tonight’s set, I would be amazed if he didn’t start clocking up more chart entries over the next year or so. For more info about Khalid, visit https://khalidofficial.com/

Just prior to Lorde hitting the stage, I noted that the sound level was raised for the last song from the interlude, namely Kate Bush’s 1985 hit ‘Running Up That Hill’. It dawned on me that Lorde, who has a Croatian mother and Irish father, was indeed the new Kate Bush, theatrically and possibly musically. She is more mainstream than fellow girl-pop chameleon Grimes and definitely less edgy.

The lights dimmed and the mixed age crowd were well up for it, especially those right down the front. Unusually the set started with an intro video from a TV on the right of the stage. They sure missed a trick here, as they should have broadcast it on the background of the stage, so that it was much bigger and then would have had more impact and then everyone in the crowd would have been able to have seen it. There was room for them to do this as there was only the world ‘Melodrama’ near the top of the backdrop. 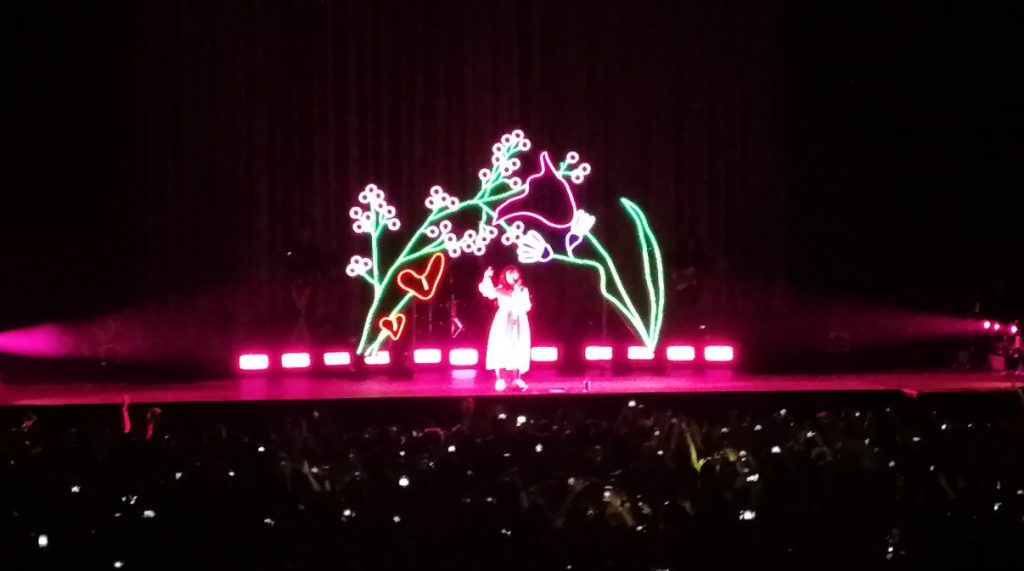 After the video, the first song was the 2015 Disclosure track ‘Magnets’ which featured (the 2014 Grammy and Brit Award winner) Lorde on vocals. The stage set was relatively barren across the whole area, which I found relatively surprising for quite an established artist. This was as compared to the Brighton Centre stage sets of previous Human League, Jean-Michel Jarre and Kraftwerk concerts.

Next up was the opening track of her debut ‘Pure Heroine’ album, ‘Tennis Court’, which was followed by ‘Hard Feelings’ from the new ‘Melodrama’ album. Then back again to the first album with ‘Buzzcut Season’, which was followed by ‘Sober’ from ‘Melodrama’. Another video followed and then we were treated to ‘The Louvre’, the Lana Del Rey-esque ‘Liability’ and ‘Liability (Reprise). I personally found the talking for the aforementioned track really lived up to the name of the song – if you catch my drift.

‘A World Alone’ was next followed by an average rendition of Phil Collins ‘In The Air Tonight’ but I would have greatly preferred her performing ‘Life On Mars’ by David Bowie, which she emotionally covered at the 2016 Brits as a tribute to the great man. In fact Bowie was reputed to have said that Lorde was ‘the future of music’ according by long-time Bowie pianist Mike Garson. 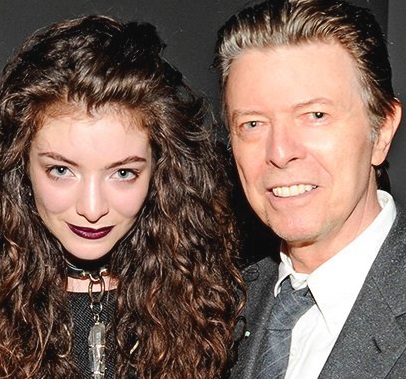 We were treated to another video, then ‘Supercut’ was next and then it was followed by the immense UK/USA/New Zealand number 1 single ‘Royals’, which I felt was only eclipsed by the penultimate track ‘Green Light’ (which was a 2017 single and has over 90 million YouTube plays) complete with tens of thousands of star shaped confetti. Then Lorde was gone. She personally reappeared for one brief solo song (‘Loveless’) and that was it.

The most surprising thing about this particular gig was that there was an extremely talented young lady with blond haired dressed in black that was working her socks off and I suspect that a majority of revellers failed to notice her efforts as she was located at the back of the main arena next door to the mixing desk. I must admit that I was transfixed by her incredible work rate, she was at it all night long! What was she up to I hear you ask? She was signing during the whole of both sets. That’s signing not singing. I am not sure whether it was for those deaf people present or whether it was a stream of some sorts to those elsewhere, but it was truly fascinating and it was the first time I have ever witnessed this at a concert – nice one! 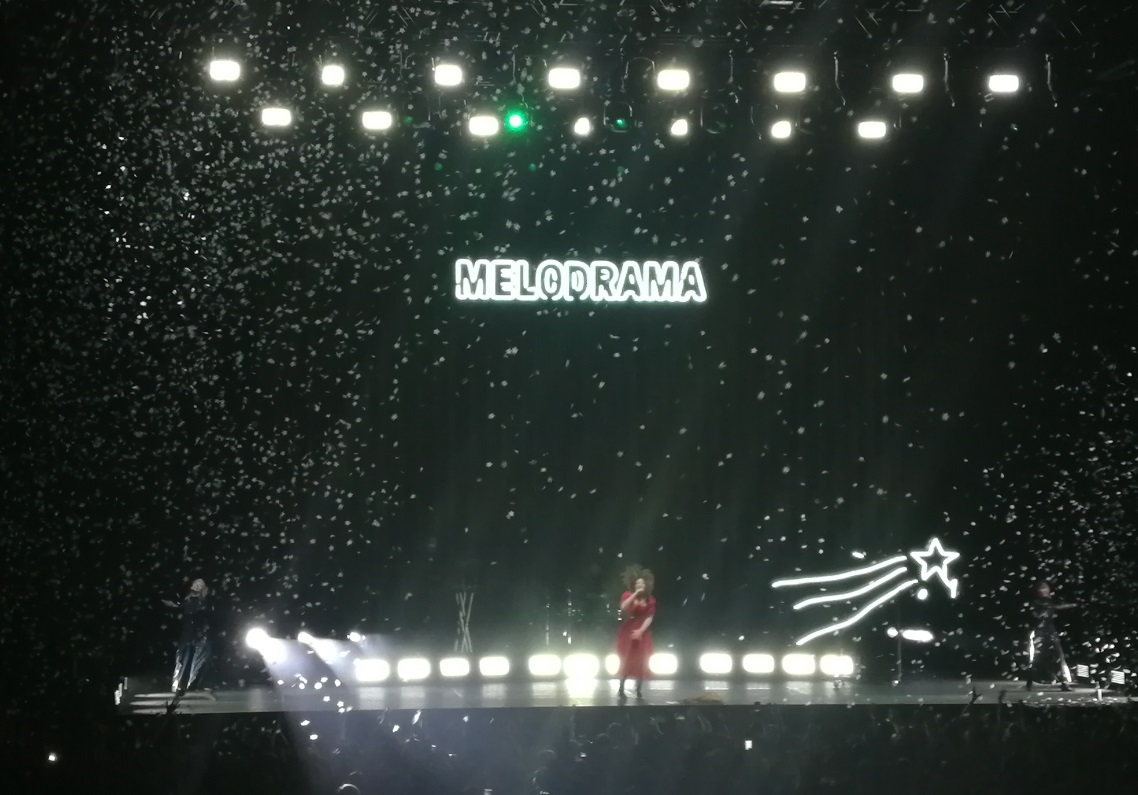