An urgent update on why work to start redeveloping the Aquarium Terraces is taking so long has been demanded by council leader Warren Morgan. 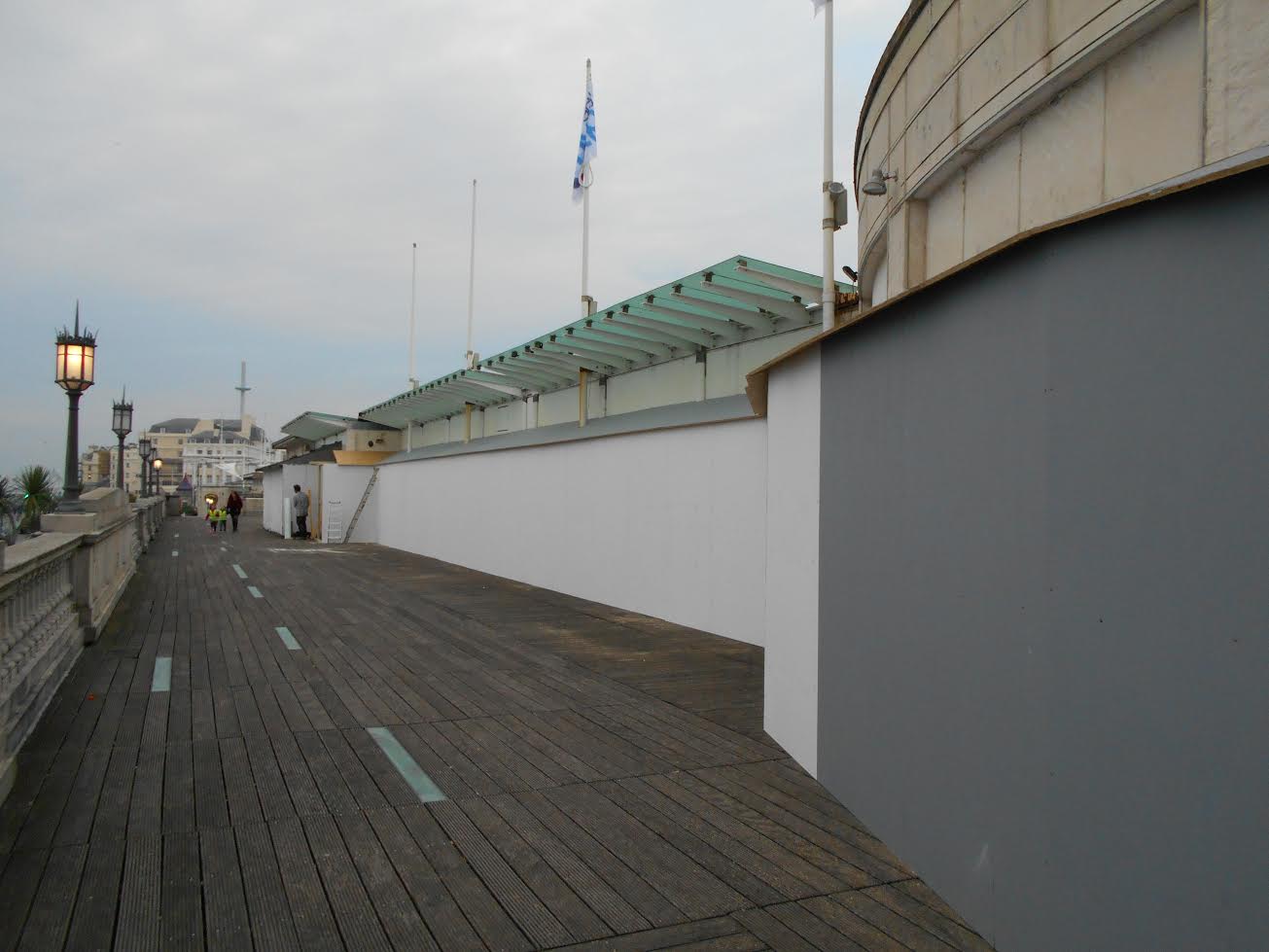 Permission was granted to restore and revamp the flagship seafront site to include a new branch of Soho House in April last year, and the details finalised five months later – but since then, nothing has happened.

Brighton and Hove City Council leader Warren Morgan today wrote to the leaseholder of the Aquarium Terraces site, Richard Franklin of Brighton Seafront Regeneration (BSR) Ltd asking for an urgent update, how time is going to be made up on the project and details of when refurbishment milestones will be reached.

Cllr Morgan said: “There are many positive developments in this hugely important area; the Zip Wire, Sea Lanes, the Madeira Terraces appeal. But the Aquarium Terraces site is a dreadful eyesore and doesn’t provide residents or visitors with a positive impression of Madeira Drive or the city as a whole.

“I’m incredibly frustrated at the slowness of the scheme to progress, especially in light of the undertakings provided at meeting in June this year when Richard Franklin, along with Nick Jones of Soho House, confirmed construction was due to start last month.

“We know Soho House is committed to the scheme but there still appears to be no activity underway on site. We simply will not wait indefinitely for BSR – or indeed any developer – to start works once planning permission has been granted. We have powers to act if necessary and we will make use of those powers.”

In his letter, Cllr Morgan has also made it clear that he expects BSR to comply with the conditions of the lease which set out that the leaseholder is obliged to keep the whole of the premises in good repair, including external redecoration every third year of the term.

In his letter Cllr Morgan writes: “The continuing lack of compliance with these clauses is having an increasingly detrimental effect on the buildings and local environment and these matters must now be attended to and your responsibilities fully met.”

Cllr Morgan has offered BSR support but has said he must hear from them by 10 November with a clear plan of action and timeframes.