An address in Brighton was one of six addresses raided by Sussex Police yesterday in a bid to break up a “County Lines” drug ring.

County Lines is a method used by organised drug dealing gangs, and refers to the use of a single telephone number which users across several counties can use to order drugs.

Couriers then deliver the drugs to an agreed location – often dropping off to addicts on street corners, as has frequently been witnessed in parts of Brighton in the last few years.

Yesterday, Sussex Police believe the raids in Brighton, Hastings, Eastbourne and Bognor resulted in at least ten of these County Lines phone numbers being disrupted.

There were 11 arrests, seizures of more than £10,000 cash and what are believed to be quantities of heroin and crack cocaine, the exact amounts and street value of which are still being assessed.

Detective Chief Inspector Steve Rayland of Sussex Police said: “This is not a new phenomenon and is not confined to Sussex. London affiliated gangs have been seeking to establish drug distribution in Sussex and elsewhere in the South East for several years, although activity has increased in the past two or three years, sometimes involving the use or threat of violence.

“Whilst there is no official definition, typical ‘County Lines’ activity involves an organised crime group from a large urban area travelling to smaller locations, such as a county or coastal towns to sell class A drugs in particular cocaine and heroin. The group may challenge an existing group from the local area or another county lines enterprise, which often leads to incidents of violence.

“The name ‘County Lines’ is used because the organised crime group establishes and operates a single telephone number for customers ordering drugs, operated from outside the area, which becomes their ‘brand’. Unlike other criminal activities where telephone numbers are changed on a regular basis, these telephone numbers have value so are maintained and protected.

“The organised crime groups tend to use a local property, generally belonging to a vulnerable person, sometimes drug users, as a base for their activities. This is known as ‘cuckoooing’ and will often happen by force or coercion. In some instances victims have left their homes in fear of violence.

“The areas in Sussex most effected by the drug trade from London are the larger coastal towns, with established drugs markets that can be exploited locally, namely Hastings, Eastbourne, Worthing, Bognor, and Brighton, but also towns such as Crawley.

“The number of active ‘County Lines’ changes on an often daily basis, as we disrupt them or when they cease to be active for other reasons, but at the moment we are aware of some 25 such lines in Sussex, of which we have disrupted at least ten through this operation.

“Sometimes children and vulnerable adults are involved and we work with local partners to safeguard any vulnerable adults and children, although no children were found during this operation. The most successful safeguarding outcomes have involved multiple agencies, including police, housing authorities, town councils, public health bodies, and charities.

“We will continue to actively target such drug dealing on a forcewide, divisional or district basis wherever it is identified and there have been many successful disruptions, and court convictions of dealers which have received publicity.”

Detective Chief Superintendent Paul Barton, who chairs the regional drugs threat group which includes Sussex together with the other forces in the South East to help tackle this threat, said: “County Lines are not just a drug problem, nor is it just a concern for Sussex. These organised crime groups operate without boundaries, and therefore it is important that the police also operate in this way by bringing together the forces in the South East region to bring these groups to justice and protect the victims of their crimes.”

DCI Rayland added: “We are determined to continue making Sussex a tough place for these dealers to operate, using a range of options, some of them covert, and also involving our neighbourhood-based Prevent teams.” 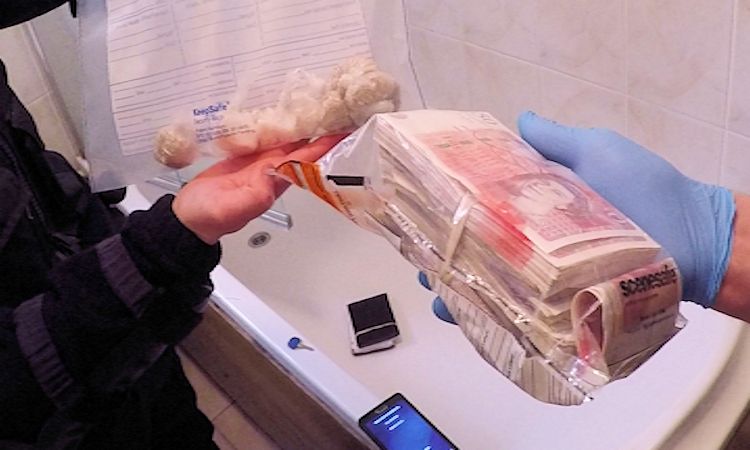 The co-ordinated series of operations were supported by the South East Regional Organised Crime Unit (SEROCU), and the National Crime Agency (NCA).

In East Sussex in the last six months alone police have arrested 11 men, and four boys aged 17 or younger, with London addresses, on suspicion of trafficking controlled drugs.

Over the past several months officers in Eastbourne and Hastings have also made 35 visits to addresses thought to be sites from which drug dealing has been taking place – in some cases this involved multiple visits to the same location.

In Bognor, 28 arrests have been made over a similar period and 45 safeguarding visits have taken place, the majority also on more than one occasion.

Anyone who has suspicions or information about drug dealing in their community or wider afield can contact the police at any time online or by calling 101, quoting Project Preclude.