An oversubscribed Brighton school has been told it requires improvement in how it teaches disadvantaged and gifted children. 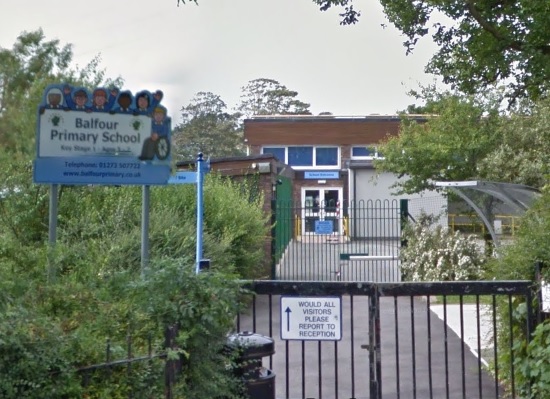 Balfour Primary School, which in 2012 was rated good, was praised for many aspects of school life – but fell down when assessed on outcomes for pupils.

Among other criticisms, inspectors said that improvement had been too focused on keeping up with curriculum changes rather than how they will affect pupil’s progress in the past.

While disadvantaged children make up a small percentage of each class, the size of the four-form entry school means that together they form a significant number.

Inspectors said the school’s pupil premium strategy had not met their needs, and they make slower progress than their peers, particularly in writing. The report recommended an external review of the school’s use of the pupil premium should be undertaken.

But it also said that a reinvigorated board of governors and senior team at the school means it is on track to make the necessary improvements.

The report, written by an Ofsted team headed by lead inspector Lee Selby, said: “The senior leadership team has been strengthened by the appointment of two assistant headteachers who each take responsibility for a key stage. They work very well with the deputy headteachers and, together, these senior leaders are an impressive force for improvement.

“Already, the new leadership team has led substantial improvements in teaching and sustained the strengths that already existed in early years. As a team, leaders’ actions are beginning to have an impact on improving pupils’ outcomes, but some variations in performance still remain.

“The new chair of governors [Rachel Cashman] has, in a short space of time, reviewed the performance of the governing body, gained the trust and respect of school leaders and identified key priorities for improvement.

“Under her highly skilled leadership, the governing body is having a far greater impact. Given her extensive experience and skills outside of education, the chair of governors is determined and confident that standards and outcomes will improve quickly. She has sought and received expert guidance to quickly develop her understanding of education.”

It added: Balfour Primary School is a place where pupils can be themselves and are respected as individuals. Pupils enjoy coming to school, they attend regularly and play together well. Behaviour is good.

“The school is never dull; there is always something going on. As one parent explained: ‘There is a palpable sense of community and genuine excitement around events and initiatives.'”

Headteacher Marcelo Staricoff and chair of governors Rachel Cashman wrote to parents, saying: “Although as a whole, standards are at or above national for pupils across the school, the inspectors felt that children within the disadvantaged, SEND and more able groups were not making enough progress, especially in writing, when compared to their peers.

“The inspectors did recognise that current disadvantaged pupils are not falling further behind, but neither are they catching up with their peers or with other pupils nationally in writing and maths.

“This outcome is very disappointing for all of us as a community. Our services are only as good as those delivered for the most in need and it is clear from the results of this Ofsted inspection that in the last five years we could and should have done more to ensure the potential of every disadvantaged child, every child with special educational needs or disability and each of our most able pupils was optimally supported.

“Despite this final judgement, we are pleased that the inspectors recognised the fact that we are an improving school and as a result graded the school as good in all other areas.

“We have every confidence that together we can work towards rapidly addressing the issues that have been identified, as we continue to strive to provide the very best possible education for all our children.”