Nicholas Hoogstraten was criticised by a judge dealing with a claim against him by the estate of his former business colleague who became a rival landlord in Brighton and Hove. 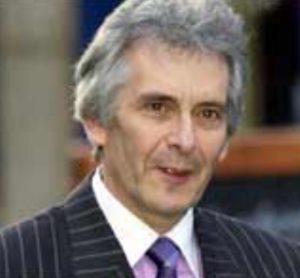 The estate of murdered Mohammed Raja asked the High Court to order Hoogstraten to pay the costs involved in bringing a claim for damages.

Hoogstraten, who calls himself Nicholas van Hoogstraten, was jailed for 10 years for ordering 62-year-old Raja’s death before being cleared on appeal.

Raja was stabbed and shot in July 1999 after opening his front door in south London to two of Hoogstraten’s associates who were convicted of stabbing and shooting him.

The Raja family’s lawyer Peter Irvin told the judge: “Your judgment shows Mr van Hoogstraten to be a cowardly and murderous thug who will stop at nothing to preserve his miser’s hoard.”

But in the latest case Hoogstraten, 73, persuaded another judge, Sir Paul Morgan, that he didn’t have the assets or money to pay the £6 million damages or the £1.6 million costs bill.

He had handed properties that he used to own to his six children.

Mr justice Morgan ordered that Raja’s estate to pay a third of the costs of bringing the case and Hoogstraten should pay the initial costs.

“His entire conduct out of court and in court has been wholly deplorable and contemptuous.

“However, I have to decide this case in accordance with legal principles. I am not able to give what many people would regard as his just deserts.

“His children are entitled to their legal or equitable rights.”

“If there was any way I could make Mr van Hoogstraten pay for all this, I would gladly do it.”

The judge refused to grant the family permission to appeal against his judgment but they can apply directly to the Court of Appeal to look at the case again.